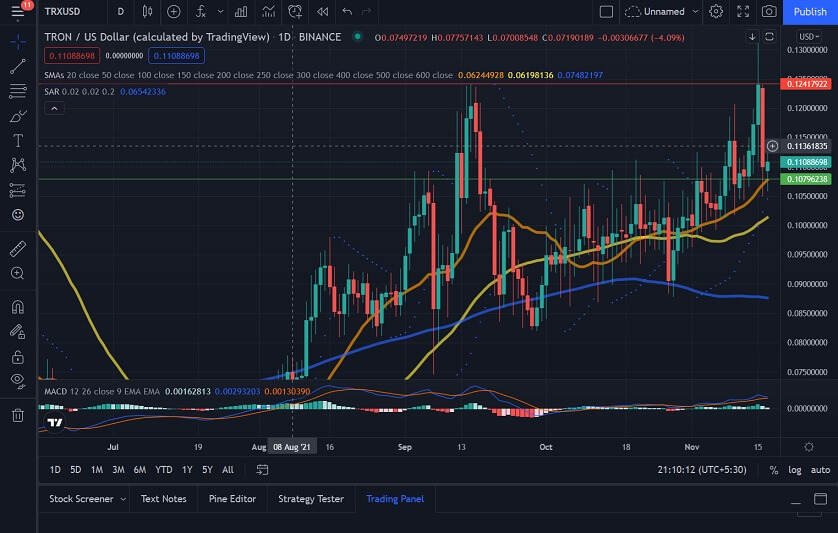 The Tron price was highly bullish over the weekend, as the price pushed up by almost 4% on Saturday. Sunday saw the bullish sentiment continue as TRX rose to $0.117, registering an increase of over 4%. TRX continued to push up on Monday, starting the current week on a positive note, pushing up to $0.124. However, after reaching this level, TRX registered a sharp drop as it fell by over 11% on Tuesday, dropping to $0.110. The current session sees a marginal recovery, with buyers trying to push the price higher.

The Parabolic SAR and MACD are both bullish, indicating that the price could push up further. 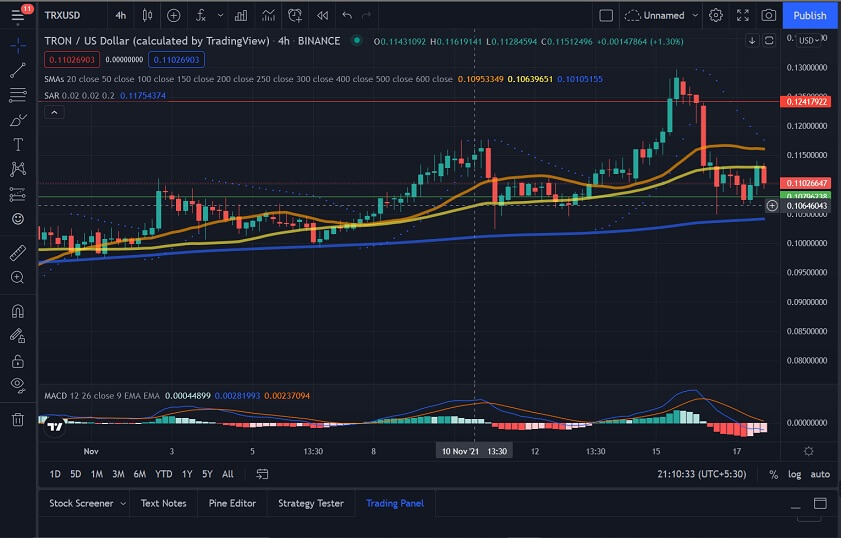 Looking at the Tron price chart, we can see that TRX has recovered during the current session. If the current sentiment persists, then we could see TRX push up to $0.115.