The Tron price slipped to $0.055 during the ongoing session as sellers pushed TRX down marginally, dampening hopes of a sustained recovery. TRX had started the week in the red, dropping by 4.56% to $0.055. However, the price was able to recover on Tuesday, rising by 2.08% and then by 0.25% on Wednesday to settle at $0.056. The current session sees TRX marginally down, as sellers look to push the price below $0.055.

The Tron price started the previous week on a fairly positive note, rising by 1% on Monday. However, the 20-day SMA came into play as resistance at this level, and TRX fell back, dropping by 3.28% to $0.068 on Tuesday. TRX recovered on Wednesday, rising by 1.44% before dropping back on Thursday and falling to $0.067. Friday saw TRX register a significant drop, as the price fell over 10% and settled at $0.060. TRX continued to drop over the weekend, as it slipped below $0.060 on Saturday and settled at $0.056. 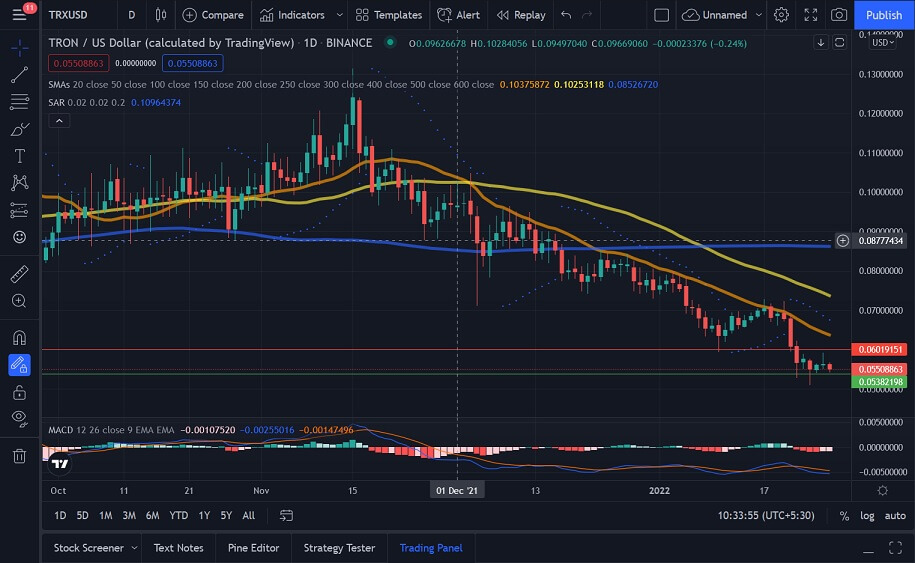 Despite the bearish sentiment, the Tron price was able to register a recovery on Sunday, rising by 1.52% and settling at $0.057. However, TRX was back in the red on Monday, dropping by nearly 5% to $0.055, before recovering on Tuesday and registering an increase of just over 2%, moving to $0.056. On Wednesday, the price registered a marginal increase before dropping back during the ongoing session, slipping to $0.055. 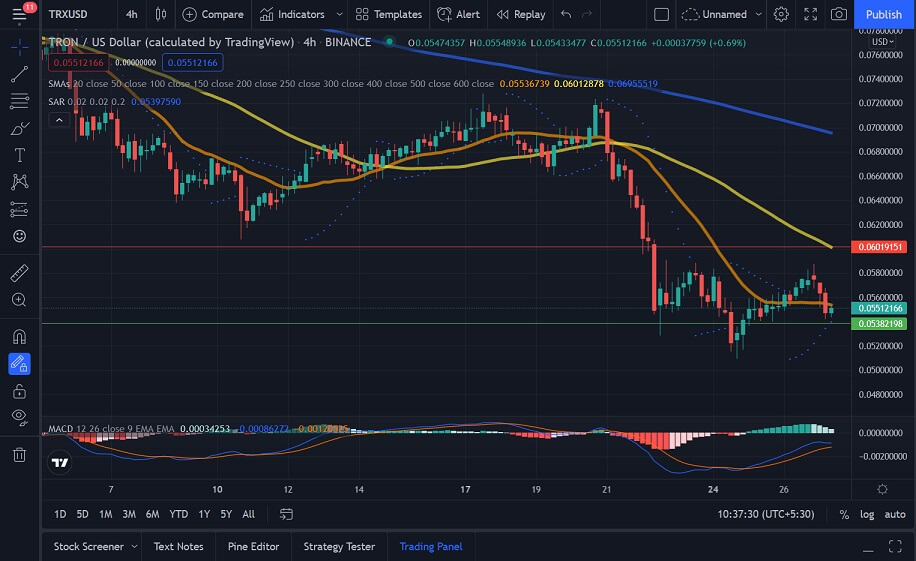 We can see that the MACD and Parabolic SAR are both currently bullish, indicating that we could see the price recover.

The Tron price chart shows that TRX has registered a drop during the ongoing session. If sellers manage to retain the session, we could see TRX drop below $0.055, but if the price recovers, we could see the price push back to $0.056.