The Tron price has been quite positive during the current week, although the price has not seen much movement. TRX had ended the weekend on a positive note, moving up to $0.095. On Monday, the price continued to push higher, rising to $0.097, but dropped back on Tuesday, registering a marginal drop. TRX pushed up on Wednesday, registering another marginal increase and rising to $0.096. The current session sees buyers and sellers struggling for control, with the price currently at $0.097. 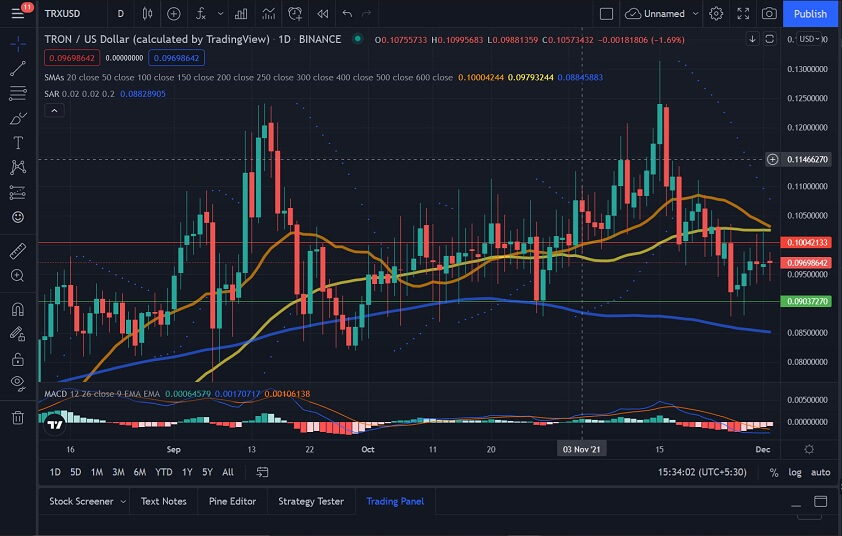 After dropping by over 8%, the Tron price pushed up over the weekend, rising by 1.24% on Saturday and then by over 2% on Sunday to end the weekend at $0.095. The bullish sentiment persisted on Monday, as the price moved up to $0.097 after registering an increase of over 2%. TRX dropped marginally on Tuesday despite the bullish sentiment but pushed back up on Wednesday, settling at $0.96. The current session sees buyers and sellers struggling for control of the session, with the price currently at $0.097. 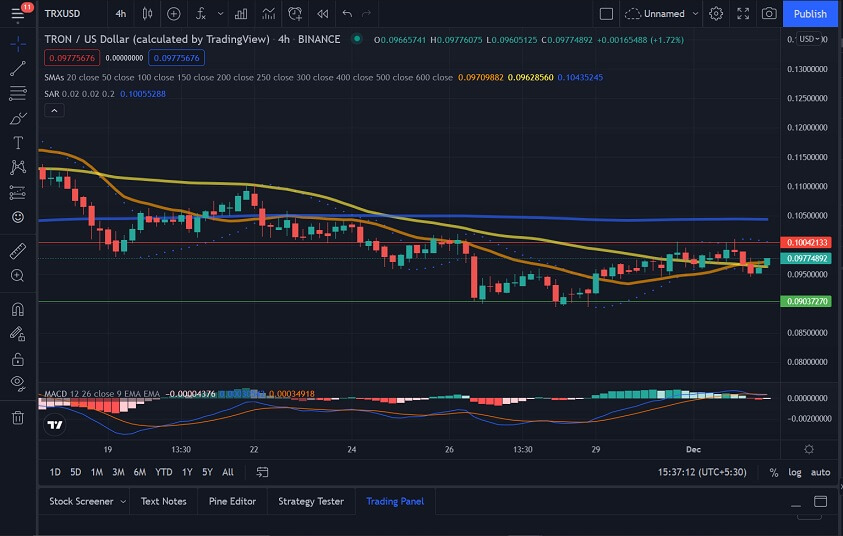 We can see that the MACD is currently bearish, indicating that we could see the price drop. However, if the price pushes towards $0.100, we could see it flip to bullish.

Looking at the Tron price chart, we can see that buyers and sellers are struggling to control the current session. If buyers take control, we could see TRX move up towards $0.100, but if sellers took control, then we could see the price drop to $0.095.