The Tron price is currently hovering between $0.059 and %0.060 during the ongoing session, as buyers and sellers look to establish control. TRX had pushed up considerably over the weekend, rising by over 5% on Saturday before dropping back on Sunday and falling to $0.058. The week started with TRX back in positive territory, rising by 0.87% on Monday and then pushing up by over 1% on Tuesday and settling at $0.060. 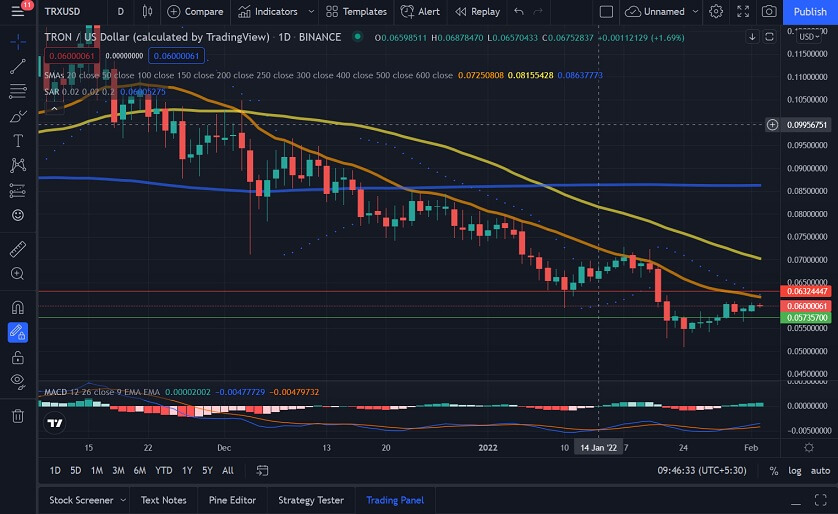 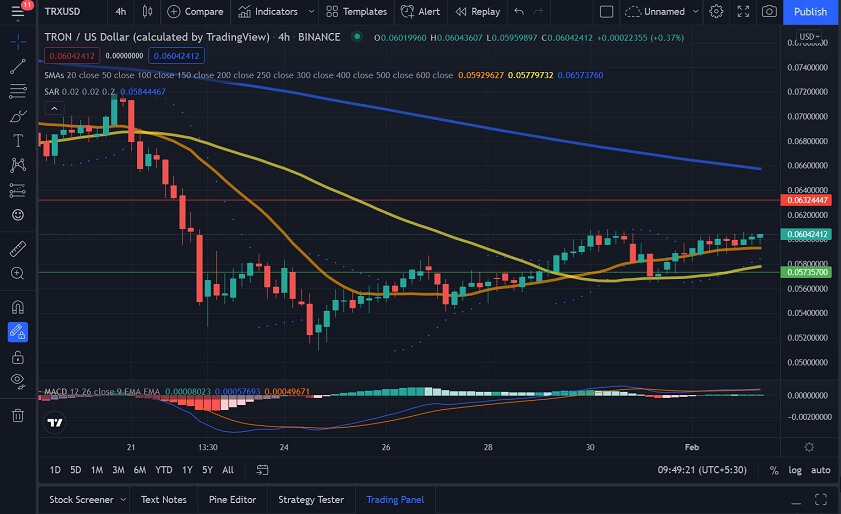 We can see that the MACD and Parabolic SAR are both bullish, indicating that we could see the price push higher. However, if TRX drops below $0.060. We could see them flip to bearish.

Looking at the Tron price chart, we see that buyers and sellers are looking to establish control during the ongoing session. If buyers manage to retain the session, we could see TRX push past $0.060, but if sellers retain the session, TRX could drop below $0.060.