The Tron price has registered an increase of nearly 2% during the ongoing session, as buyers look to push the price higher. LINK was quite bullish over the weekend and ended Sunday at $0.077. However, the price fell back in the red on Monday, falling by 0.65%. TRX continued to drop on Tuesday, falling by nearly 2%, dropping to $0.075, before recovering during the ongoing session. 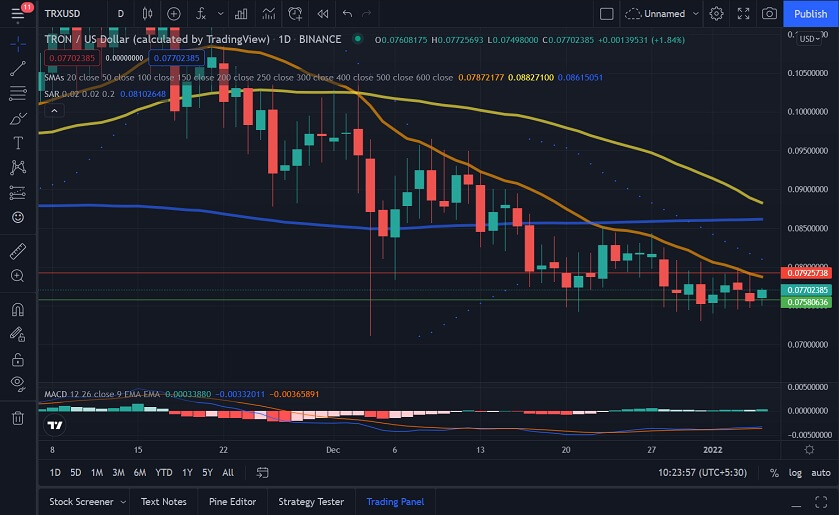 We can see that the Parabolic SAR is currently bearish, but if the price is able to push beyond the 20-day SMA, we could see it flip to bullish. 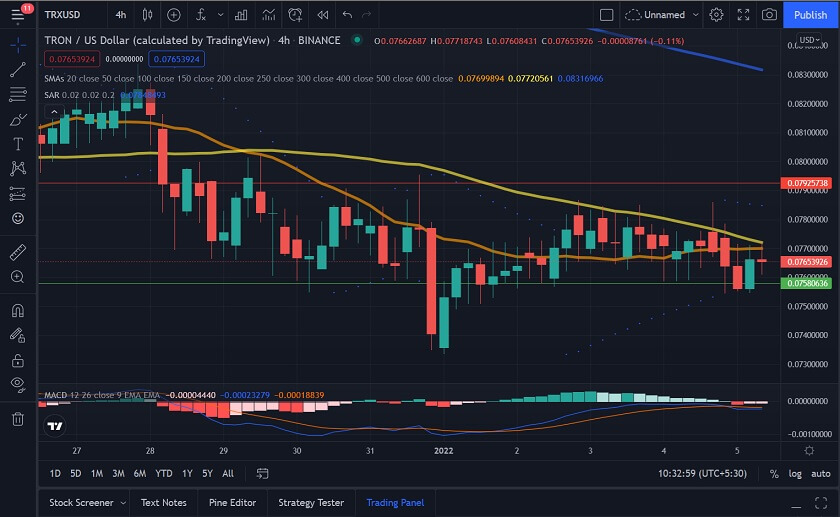