The Tron price continued to push up during the current session, with the price currently up by over 3%. TRX had dropped by almost 3% on Friday, dropping to $0.094. On Saturday, the crash was in full swing as TRX dropped by over 7%, slipping below $0.090 and settling at $0.087. Sunday saw TRX continue to drop, slipping below the 200-day SMA and settling at $0.084. However, after reaching this level, the price recovered, rising to $0.087 on Monday, pushing up by almost 4%.

The Tron price started the previous week on a bullish note, as it pushed up by over 2% on Monday. On Tuesday, the price did not see much movement as it registered a marginal drop, with Wednesday also seeing the same scenario prevail. Thursday saw TRX push up marginally, rising by 0.60%, but then fell back on Friday, dropping by almost 3% and settling at $0.094. 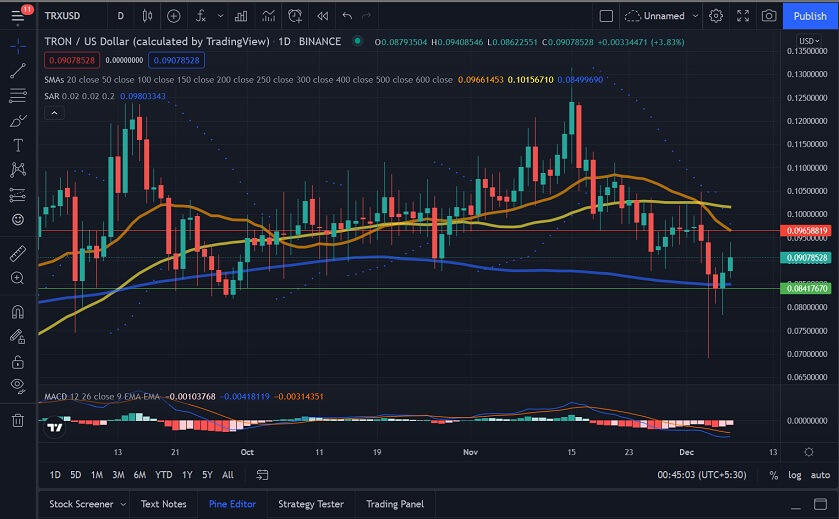 After dropping by 2.88% on Friday, the Tron price fell further on Saturday due to the market crash. TRX dropped over 7% on Saturday, slipping below $0.090 and settling at $0.087. On Sunday, the bearish sentiment persisted as the price slipped below the 200-day SMA and settled at $0.084. TRX recovered on Monday as the price pushed up by 3.99%, pushing above the 200-day SMA and moving to $0.87. The current session sees the price up to $0.090, with buyers in control. 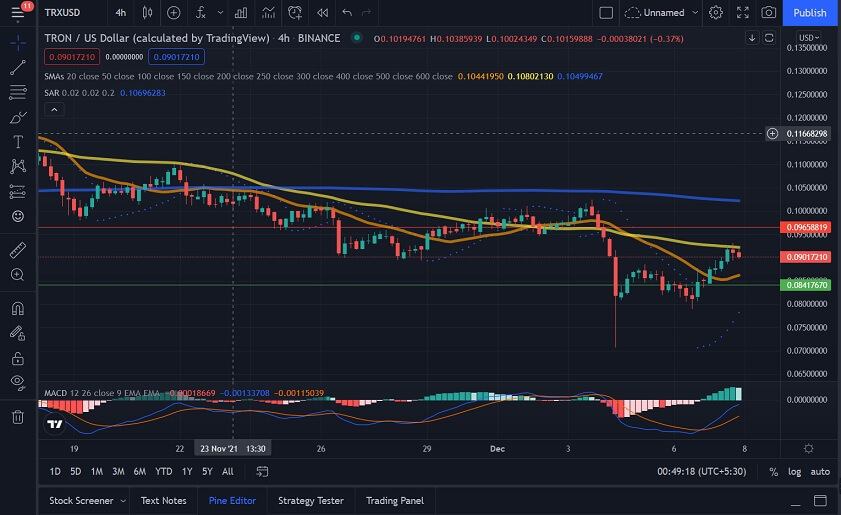 We can see that the MACD has flipped to bullish, indicating that the price could push higher.

Looking at the Tron price chart, we see that TRX has made a strong recovery during the week. If the current sentiment persists, we could see the price push to $0.095.