The Tron price registered a marginal drop during the current session, as TRX encountered some resistance after hitting $0.068. TRX had started the week on a bearish note, dropping by nearly 4% on Monday. However, the price pushed back up from this level, rising by 2.15% on Tuesday and settling at $0.064. The price continued to push higher, rising by 5.48% on Wednesday and moving to $0.068 before registering a marginal drop.

The Tron price started the previous week in the red, dropping by 0.66% on Monday and nearly 2% on Tuesday to settle at $0.075. The bearish sentiment persisted on Wednesday, as TRX fell by nearly 6%, dropping to $0.071, with the price remaining in the red on Thursday as well after registering a marginal drop. Friday saw another significant drop as sellers pushed the price down by 3.62%, with TRX dropping to $0.068. The weekend started on a similar note for TRX, as the price dropped by 3.93% on Saturday, falling to $0.065. 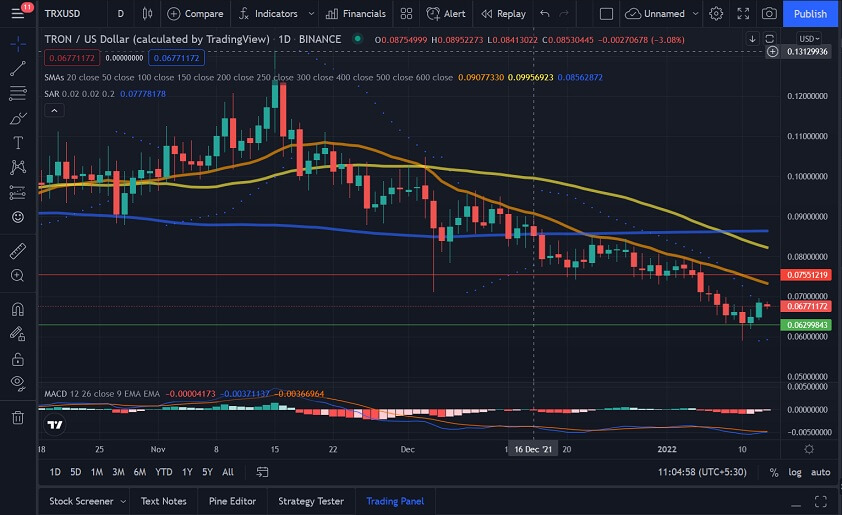 The Tron price recovered on Sunday, as TRX rose by 1.06%, rising to $0.066. However, on Monday, the price fell back to $0.063 and started the week on a bearish note. TRX made a strong recovery on Tuesday, as the price pushed up by over 2%, rising to $0.064. On Wednesday, the price continued to push higher, rising by 5.48% and moving to$0.068 before registering a marginal drop during the ongoing session. 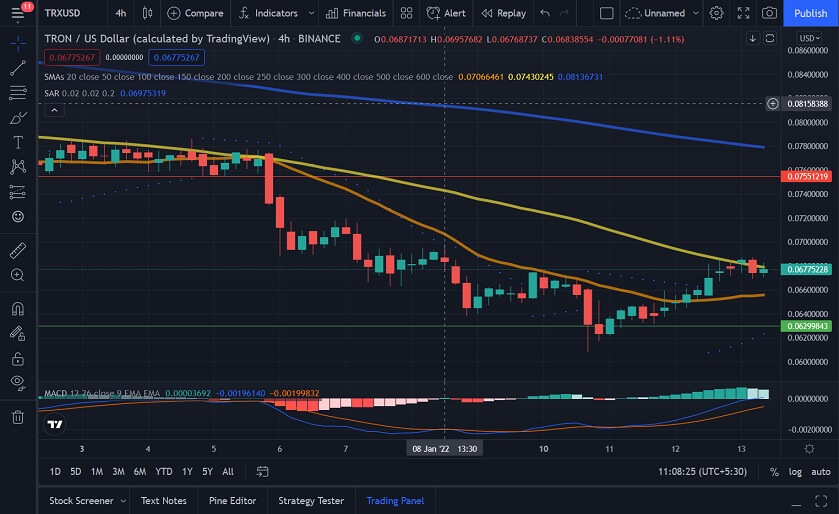 The Tron price chart shows that TRX has registered a marginal drop during the current session. If the price continues to drop, we could see TRX fall to $0.065, but if the price can recover, TRX could push towards $0.070.