Tron Price Prediction: TRX Registers Stunning Fall, Down by Over 11%

The Tron price fell during the current session, as bears took control and pushed the price below $0.110. TRX was quite bullish before today's session, as the price registered a significant increase over the weekend. TRX had pushed up to $0.112 on Saturday before rising by over 4% on Sunday to end the weekend at $0.117. Monday saw the bullish sentiment persist, as buyers pushed the price up by almost 6% to $0.124.

The Tron price started the previous weekend on a bearish note, as the price registered a marginal drop on Saturday. It recovered on Sunday, pushing up by 2.26% to end the weekend at $0.105. The bullish sentiment continued as TRX started Monday on a bullish note, rising by almost 5% and settling at $0.110, before another increase on Tuesday saw the price push up to $0.114. However, the price turned bearish on Wednesday, as sellers pushed TRX down to $0.107, a drop of over 6%. 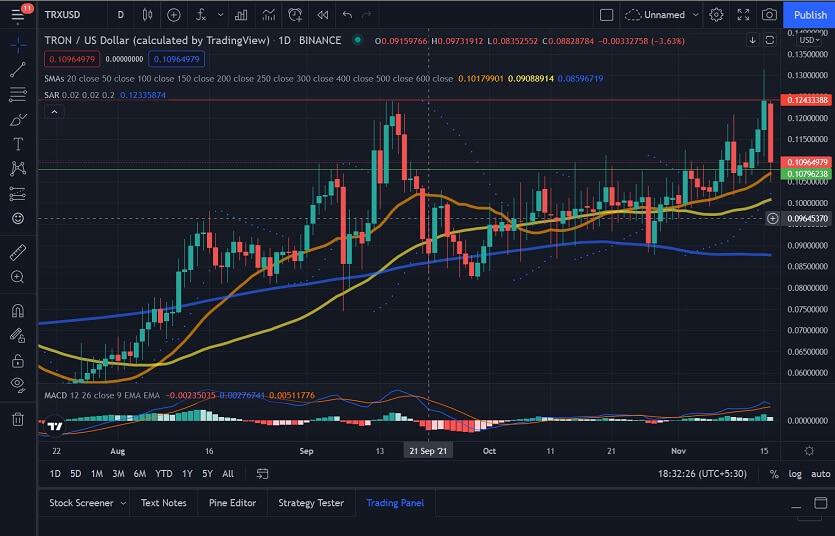 After dropping to $0.107, the Tron price recovered on Tuesday, rising to $0.108, before falling back on Friday, registering a drop of 0.44%. The weekend saw the bullish sentiment return, as TRX pushed up by almost 4% on Saturday, rising to $0.112. Sunday saw the price push up further, as TRX rose by over 4%, ending the weekend at $0.117, and pushed further on Monday as the price rose to $0.124 on Monday. However, TRX fell drastically during the current session, with the price currently down by over 12%. If the current sentiment persists, we could see the MACD and Parabolic SAR flip to bearish. 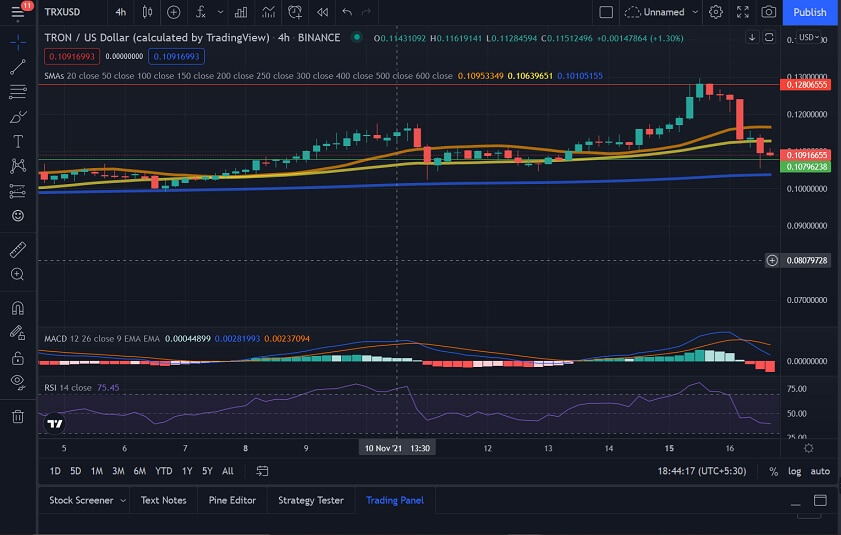 The MACD has flipped to bearish, indicating that the price could drop further during the current session. We can also see that the price had pushed above the neutral zone on the 15th, indicated by the RSI.

Looking at the Tron price chart, we can see that TRX has registered a sharp drop during the current session. If the current sentiment persists, then we could see the price drop below $0.105.