The Tron price is marginally up during the ongoing session, as buyers continued to push the price higher. TRX had started the weekend on a positive note after moving to $0.064 on Friday and then registering a marginal increase on Saturday. Sunday saw TRX continue to push higher, rising by nearly 2% and ending the weekend at $0.066. Monday saw TRX continue its upward trajectory, rising by over 3% and moving to $0.068.

The Tron price was quite bullish over the previous weekend, rising by over 5% on Saturday. However, the price fell back on Sunday, dropping by 2.52% and settling at $0.058. Monday saw TRX recover, as it registered an increase of 0.87% and then increased by 1.21% on Tuesday to move to $0.060. However, TRX fell back again from this level, dropping by over 2% on Wednesday and settling at $0.058. 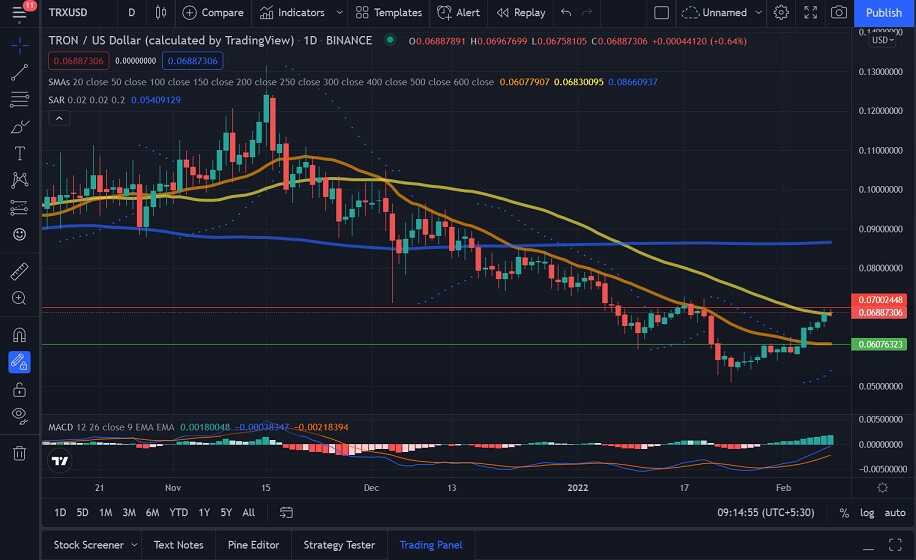 Despite the drop on Wednesday, the Tron price made a strong recovery on Thursday, rising by 2.34% and moving to $0.060. Friday saw a significant push from TRX as it surged past the 20-day SMA and moved to $0.064 and then registered a marginal increase on Saturday to settle at $0.065. TRX continued to push higher on Sunday, ending the weekend at $0.066 and then starting the week in the green, moving to $0.068 on Monday. The current session sees TRX marginally up as buyers look to push the price higher. 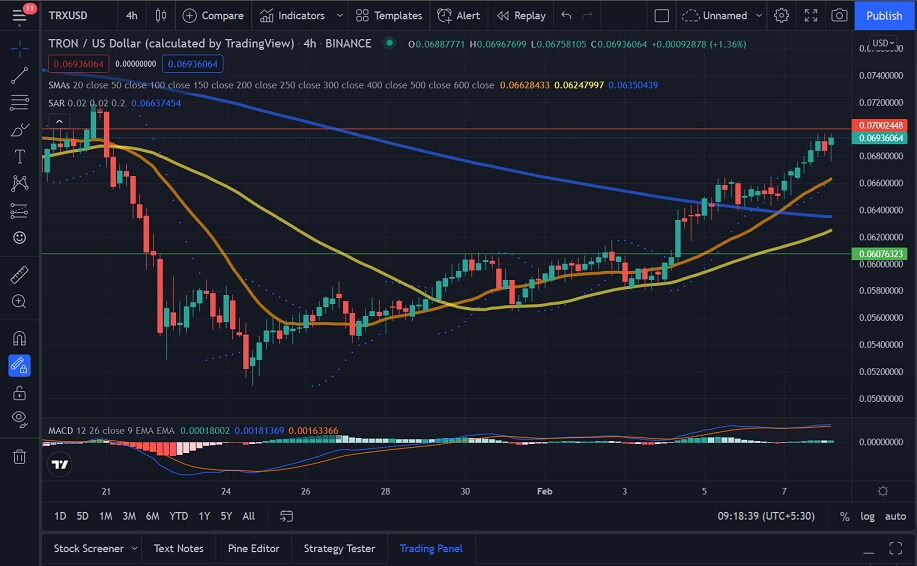 The Parabolic SAR and MACD are both bullish, but we could see them flip to bearish if the price drops.