The Tron price fell back during the ongoing session, with the price down at $0.085. In line with the current drop, TRX had ended the weekend in the red on Sunday, dropping to $0.090. Monday saw an even more significant drop, with TRX falling by nearly 7% and settling at $0.084. The price pushed back up on Tuesday, rising by almost 3%, before dropping back during the ongoing session. 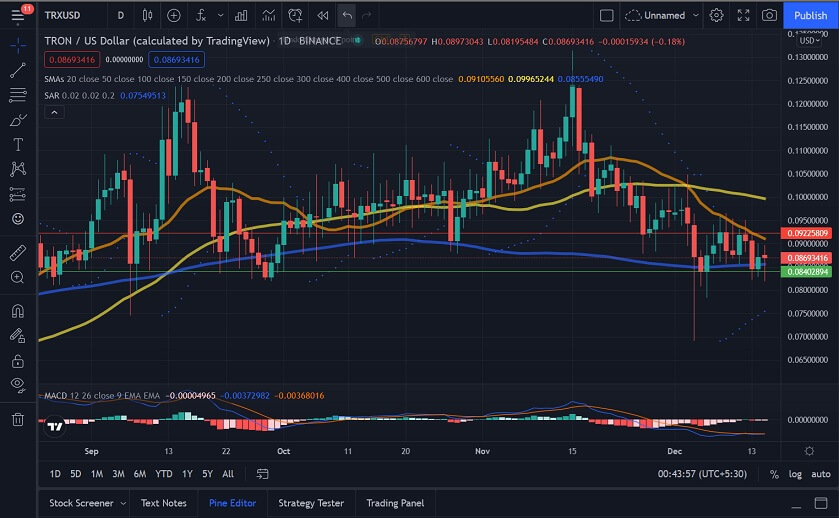 After dropping to $0.087 on Friday, the Tron price recovered over the weekend, rising by almost 5% on Saturday. However, the price fell back in the red on Sunday, falling by 1.27% and settling at $0.090. The price continued to drop on Monday, falling by almost 7%, slipping below the 200-day SMA and settling at $0.084. However, the price was back in the green on Tuesday, rising to $0.087, before dropping back during the ongoing session. 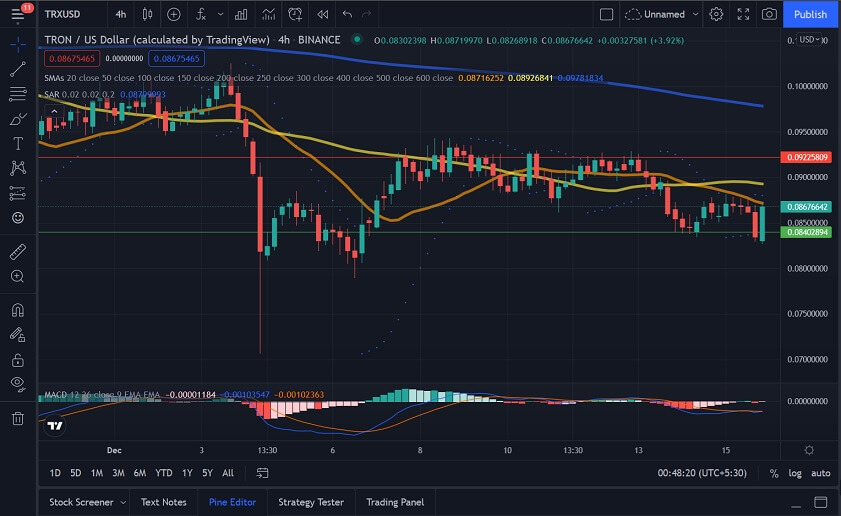 We can see that the Parabolic SAR and MACD have both flipped to bearish, indicating that the price could drop during the current session. However, if the price increases, they could flip back to bullish.

Looking at the Tron price chart, we can see that TRX has fallen marginally during the ongoing session. If the current sentiment persists, TRX could drop to $0.085, where the 200-day SMA could act as support.