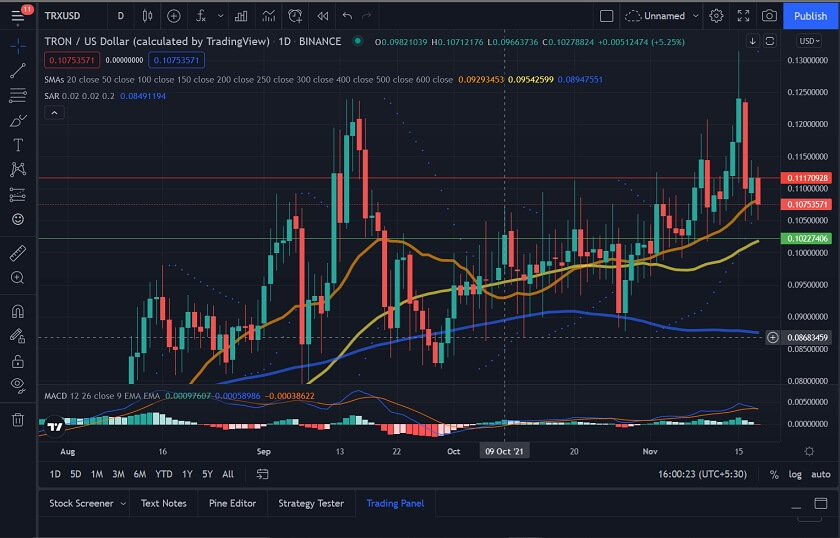 After pushing up to $0.112 on Saturday, the Tron price continued to push up on Sunday, rising by 4.03% to end the weekend at $0.117. The price continued to push up on Monday, rising to $0.124, before registering a staggering fall of over 11% on Tuesday and dropping to $0.110. Despite the bearish sentiment, TRX posted a recovery on Wednesday, as the price recovered by 1.49% before falling back in the red during the current session.

We can see that the Parabolic SAR has flipped to bearish, indicating that the price could drop further during the current session. 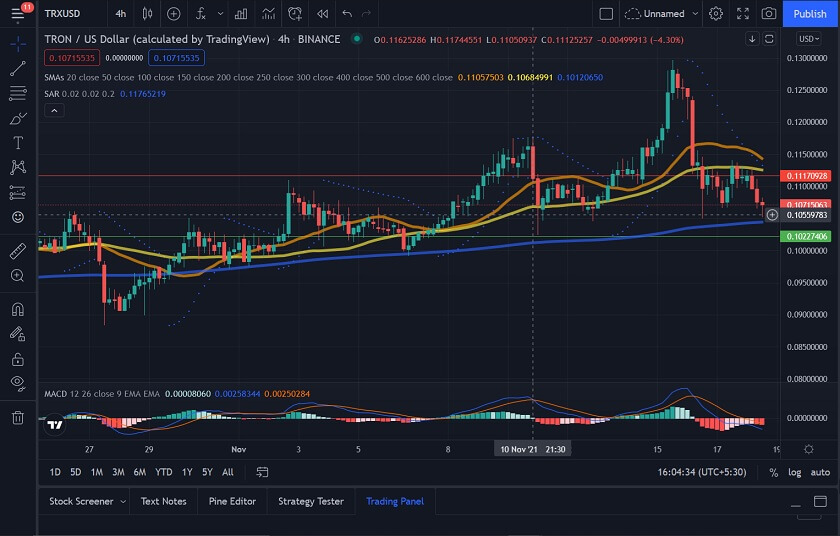 Looking at the Tron price chart, we can see that TRX has slipped below the 20-day SMA during the current session. If the price continues to drop, we could see it stabilize at around $0.105.