The Tron price fell back marginally during the ongoing session, as sellers managed to drive the price down to $0.091. TRX had started the week on an extremely bullish note, with the price rising by almost 4% on Monday. TRX continued to push up on Tuesday, rising to $0.089, before crossing $0.090 on Wednesday, when the price rose by 3.16% and settled at $0.092. However, the current session sees TRX back in the red, with the price presently down to $0.091.

The Tron price started the previous week on a fairly bullish note, rising by 2.12%. However, TRX fell back marginally on Tuesday and settled at $0.096 before another marginal drop on Wednesday. Thursday saw TRX recover, albeit only marginally, registering an increase of 0.60%. However, after reaching this level, the price fell back significantly on Friday, dropping by 2.88% and settling at $0.094. The bearish sentiment persisted on Saturday, with TRX seeing a more significant drop of almost 8%, with the price dropping to $0.087. 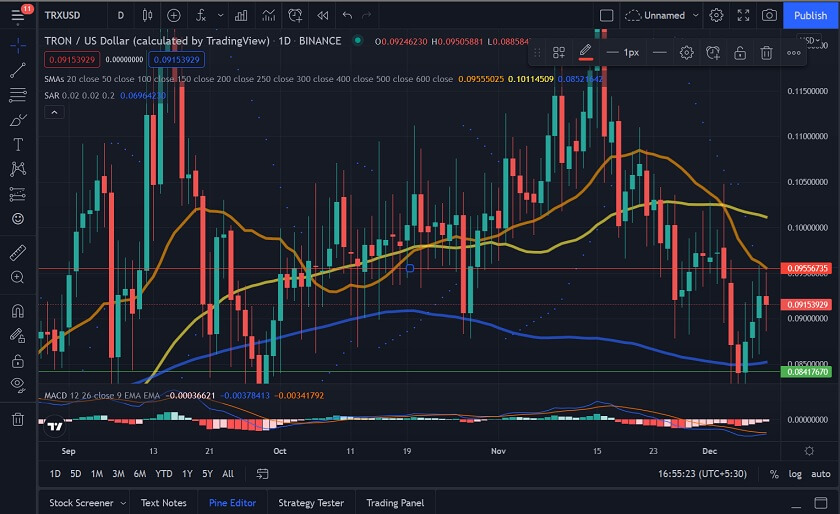 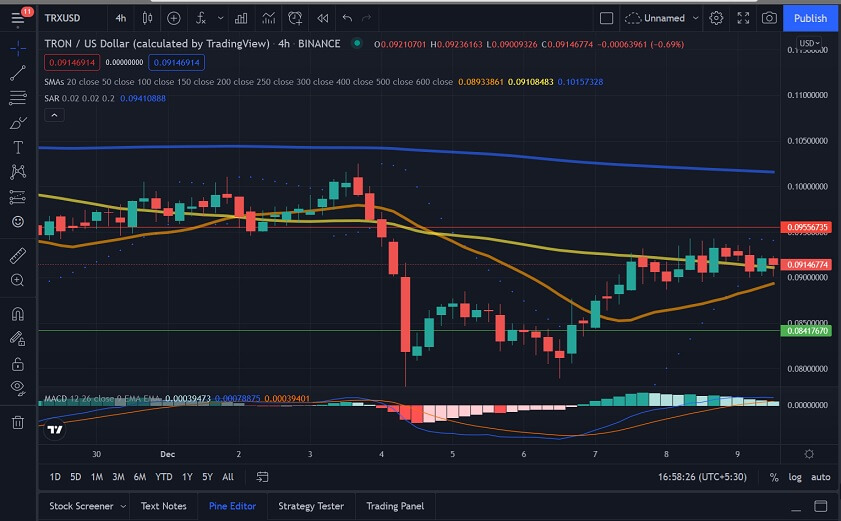 We can see that the Parabolic SAR has flipped to bearish. The MACD, while still bullish, could flip to bearish if the price continued to drop.

We can see that the Tron price has pushed up significantly during the current week, although the price has dropped during the ongoing session. If the current trend persists, TRX could drop to $0.90 before recovering.