Tron Technical Analysis: TRX Looks To Push Back Above $0.060 After Strong Recovery

The Tron price fell back during the ongoing session after hitting $0.060 on the back of a fairly sustained recovery. TRX had registered a marginal increase on Thursday, rising by 0.36%, and then reported a blogger increase on Friday, rising by 1.46% and moving to $0.057. The weekend started on a positive note for TRX, as it registered an increase of over 5% and moved to $0.060 before dropping back during the ongoing session.

Tron Price Chart Indicates TRX Looking To Push Back Above $0.060

The Tron price entered the previous weekend on an extremely bearish note, registering a significant drop of over 10% on Friday. The weekend started in the same bearish vein, as TRX fell by nearly 7% on Saturday, falling to $0.056, before recovering and rising by 1.52% on Sunday to end the weekend at $0.057. Monday saw TRX fall back in the red, as it dropped by 4.56% and fell to $0.055, before recovering on Tuesday and rising to $0.056, an increase of just over 2%. 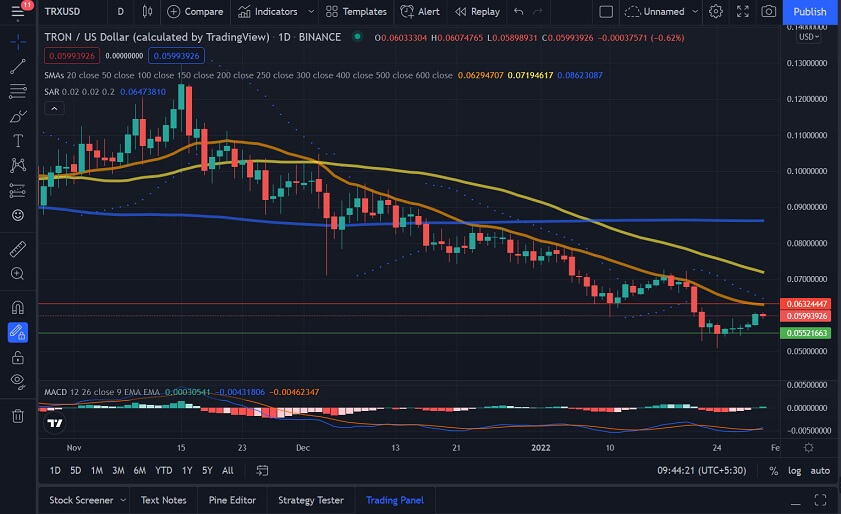 The Tron price remained in the green on Wednesday as buyers returned to the market, registering an increase of 0.23% and then rising by 0.36% on Thursday. Friday saw TRX register a fairly significant increase, as the price rose by 1.49% to $0.057. The weekend saw the positive sentiment persist, as TRX rose by over 5% on Saturday and moved to $0.060 before dropping back during the ongoing session.

We can see that the Parabolic SAR is currently bearish, indicating that we could see the price drop. However, the MACD has just flipped to bullish. 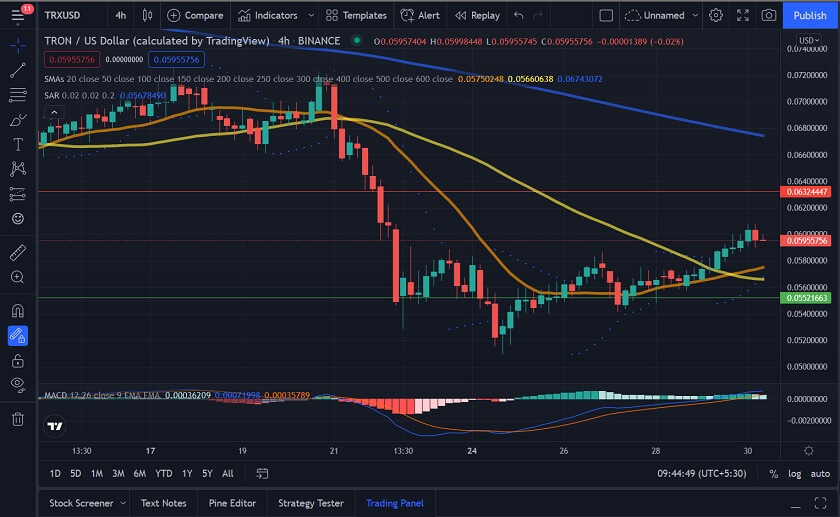 Looking at the Tron price chart, we can see that TRX had registered a sustained recovery over the past few sessions before dropping off during the ongoing one. If sellers retain the session, we could see TRX slip below $0.059, but TRX could move to $0.060 and above if buyers manage to retake the session.