Tron Technical Analysis: TRX Surges As It Pushes Past $0.125

The Tron price has been extremely bullish, with buyers in control since the weekend. So far, the current session has seen an increase of over 7%. TRX had registered only a marginal drop on Friday, as the price fell by 0.44%. TRX surged over the weekend, registering an increase of almost 4% on Saturday and a further increase of 4.03% on Sunday to end the weekend at $0.117.

The Tron price has been quite bullish over the past couple of weeks but had started the previous weekend on a bearish note, registering a marginal drop of 0.33% on Saturday. However, Sunday saw the price back in the green, as it pushed up to $0.105. TRX continued to push higher on Monday, as it registered an increase of 4.77%, rising to $0.110. The bullish sentiment persisted on Tuesday, as TRX rose by almost 4% to settle at $0.114 before falling on Wednesday, dropping by over 6% to settle at $0.107. 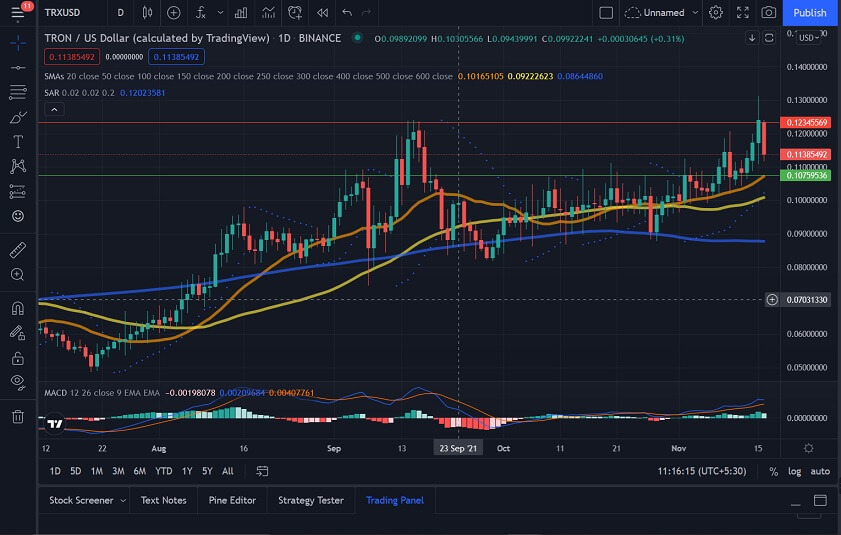 After dropping to 40.107 on Wednesday, the Tron price recovered on Thursday, as it rose by 1.64% to settle at $0.108. However, the price dropped again on Friday as sellers pushed the price down marginally. The weekend saw another reversal as TRX rose by 3.96% on Saturday, before another increase on Sunday saw it push to $0.117, an increase of 4.03%. The current session has seen the price surge by over 7%, with the price currently at $0.125. We can see that the MACD and the Parabolic SAR are both bullish, indicating that the price could push higher. 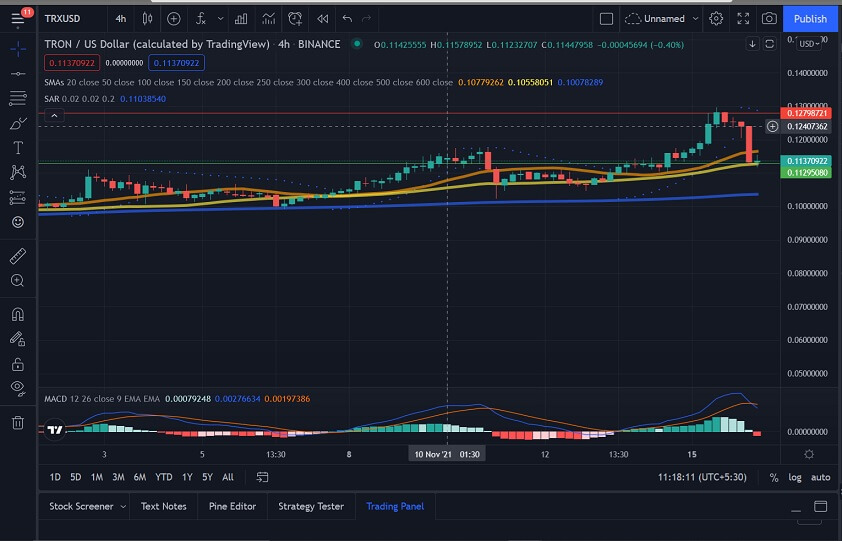 Looking at the Tron price chart, we see that TRX has been extremely bullish since the weekend, with the price up by over 7% during the current session. If the current sentiment persists, then we could see the price push to $0.130.