What Will Drive the Bitcoin Price In 2021?

An analytical guide to investing in Bitcoin in 2021

Stocks or bond prices, for example, are influenced by economic factors such as inflation, unemployment or interest rates, but this is not the case with cryptocurrencies because they are entirely independent.

If you want to buy or invest in Bitcoin BTC quickly and easily, with 0% commission, check out eToro Exchange!

But what really drives the Bitcoin price?

There are three main factors that most affect the Bitcoin price:

Here at Trading Education, we analysed these three factors and below we will show in detail what we found out.

If you want to know more about investing in Bitcoin, check out this Ultimate Bitcoin Guide.

What makes Bitcoin so special to be considered an investment option by investors? Bitcoin is the first cryptocurrency launched and continues to be the leader in cryptocurrencies. Bitcoin has experienced growth of 9,000,000% over the last decade and has been selected as the best investment of the decade, beating rivals like stocks, bonds, gold and indices.

Throughout its history, the price of Bitcoin has risen and fallen, as its nature is volatile. However, in its early years, Bitcoin had no value, but its value has grown over time, making early investors millionaires and even billionaires. The price of Bitcoin is still expected to rise, which is why Bitcoin is a good investment option for investors. 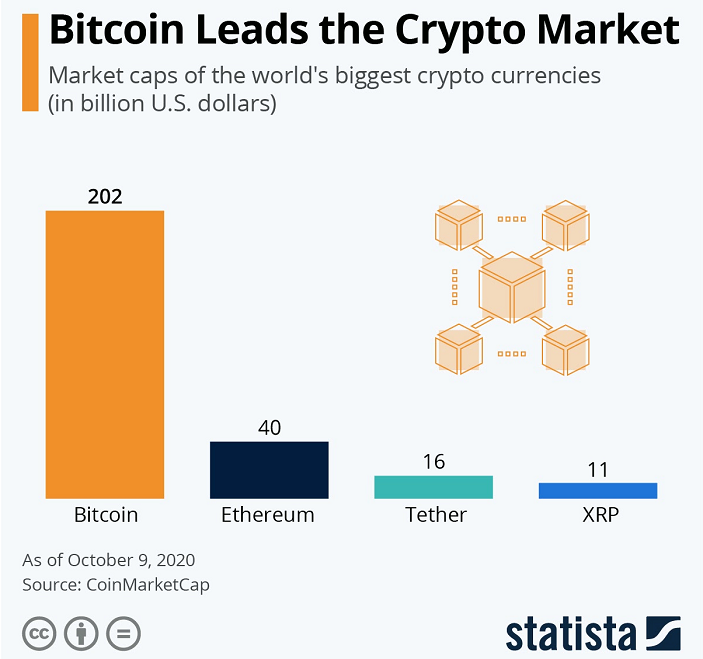 However, it is anticipated that the last Bitcoin will be mined in 2140.

But, let's see what really affects the price of Bitcoin? Or what drives Bitcoin prices?

3 Factors will drive the Bitcoin price in 2021

Who is Bitcoin correlated with?

Moreover, in cryptocurrency things have gone a long way and there is no need to have a separate wallet for each cryptocurrency, but you can store your coins in one a wallet like eToro, Binance, Kraken, etc. 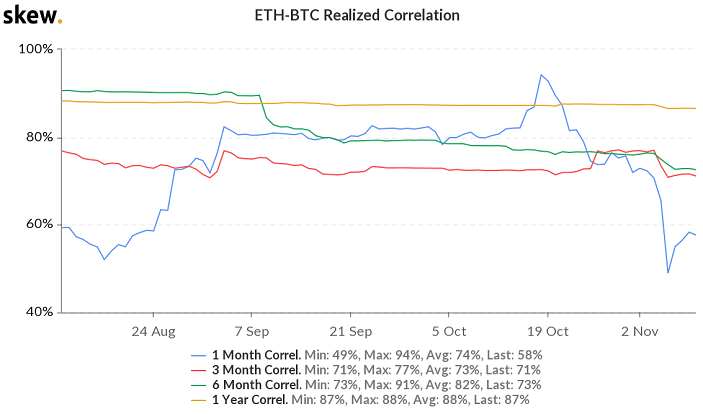 The more demand there is for cryptocurrencies, the higher the price goes. That’s the basic rule in economics. Bitcoin is scarce, meaning that is rare and demandable. And it is useful also, which makes it valuable.

Usually, when there is sensational news about cryptocurrencies, their price increases. People may have uncertainty about the future of Bitcoin; therefore, the adoption of Bitcoin is critical to building confidence among people.

Bitcoin adoption gives people confidence because when they see big financial companies investing in Bitcoin, it becomes clear that the future of Bitcoin is secure. Thus demand increases and price increases as well.

And 2020 confirmed this fact since this year, large financial companies invested in Bitcoin spiking the price up.

But the most significant impact on the price of Bitcoin in 2020 had the news that Paypal integrated cryptocurrencies into its platform on October 21. After the announcement, Bitcoin reached $12,817.17, an 8% rise within that day. This was the highest price since July 2019. 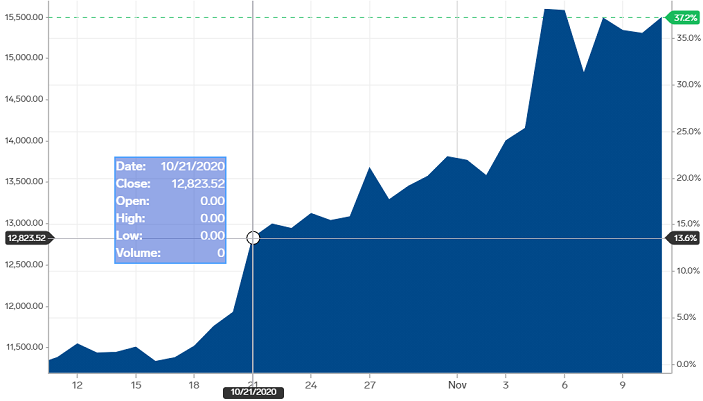 So, the news that Paypal is integrating cryptocurrencies in its platform gave a drastic increase to Bitcoin price, and now it is not precisely known where it will stop.

“All banks will now be in a race to service crypto”, said on Twitter billionaire investor Mike Novogratz calling this the biggest news of the year in crypto.

In various countries, Bitcoin is regulated differently. In the United States, the U.S. Commodity Futures Trading Commission (CFTC) recognises Bitcoin to be a commodity. In comparison, the Securities and Exchange Commission (SEC) lists cryptocurrencies as securities. This variability in Bitcoin regulation creates uncertainty.

This could affect the price of Bitcoin as it will increase insecurity among people due to the fact that cryptocurrencies are not regulated the same way, and in some countries are wholly banned because they are considered suspicious.

Regulatory uncertainty makes investors think about the way they will get taxed after selling their crypto and will make them HODL, or they will be withdrawn entirely and not invest at all. This will cause a bearish market.

For instance, in December 2017, South Korean authorities decided to regulate crypto assets, causing a 15% drop in the price of Bitcoin and great losses in market cap for Ethereum, Litecoin and Ripple. 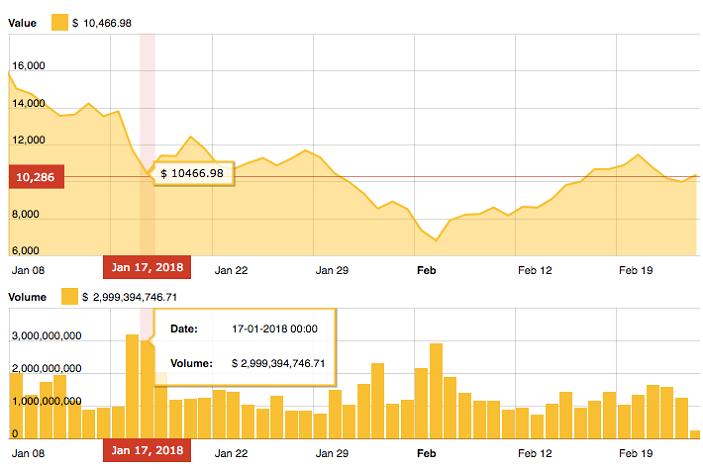 However, there are cases when the regulation and legalization of cryptocurrencies affect them for good. For example, when Japan in 2017 came out with the news that Bitcoin would be legalized as a payment method then, the price increased by 96% thus making Bitcoin attractive as an investment for Asians.

Given that Bitcoin adoption is on the rise, the price of Bitcoin is likely to continue to rise in 2021. Following the integration of large companies like Paypal into cryptocurrencies, it is expected that other financial institutions and banks will join cryptocurrencies as they will have no choice but to adopt. Consequently, demand will continue to grow along with the price of Bitcoin.

“Bitcoin will tap $100K-288K before Dec 2021”, stock-to-flow (S2F) model creator Plan B said recently. According to him, over time, Bitcoin supply will fall, and inflation will rise, consequently, Bitcoin will increase in value.

Well, let’s go back in 2016 when Bitcoin halving took place.

Last time Bitcoin halving took place was in May 2020, which was the third one in the history of Bitcoin. Back then the price of Bitcoin was $8,700, and within six months it rose to $15,500, recording a 78% increase.

Considering how the market reacted to halving in 2016,  Bitcoin adoption, the increase of demand and the decrease of supply as time goes by, Plan B might be right, and we might witness Bitcoin price reaching anywhere between $100,000 - $288,000 by December 2021.

If the above expectations are right, Bitcoin investors will generate a strong return ahead. But if the economy is badly affected, then bitcoin price will certainly drop.

The Crypto Research team notes on the report that they believe Bitcoin is still at the very start of its adoption curve.

“The price of $7,200 at the end of 2019 suggests that bitcoin has penetrated less than 0.44% of its total addressable markets. If this penetration manages to reach 10%, its non-discounted utility price should reach nearly $400,000”, says the report.

Learn To Invest In Bitcoin

Here at Trading Education, we have prepared the best trading courses so that you are up to date with Bitcoin price movements and learn when is the best time to invest in Bitcoin.

As a trading academy, we take teaching very seriously and teach our students how to invest passionately. Therefore, join the wider trading student community and start your trading adventures.

From the analysis we saw above, cryptocurrencies are only in their infancy, and the sooner you study them, the better. Take a look at our trading courses here.

Start Investing In Bitcoin With eToro 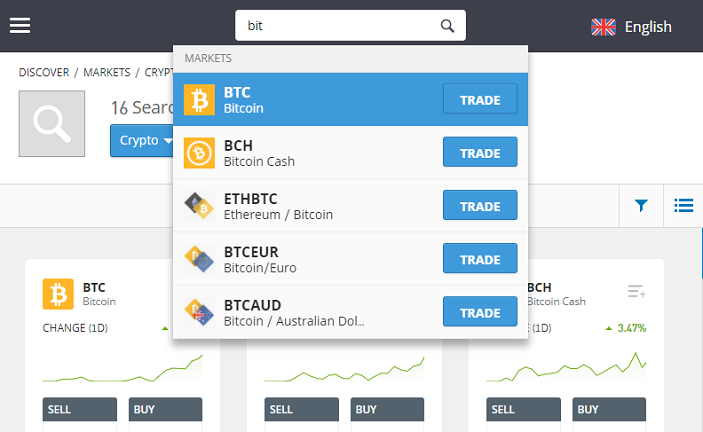 Now you know what factors can drive the Bitcoin price in 2021, if you are feeling inspired to start invest in Bitcoin BTC, or this article has provided some extra insight to your existing trading knowledge, you may be pleased to know that etoro provides the ability to trade with Crypto assets, including Bitcoin, and CFDs on up to 90+ cryptocurrencies. Crypto Traders can build a diversified portfolio with the most popular coins.

eToro is the best social trading platform in the world and is known for its high security.
With some platform websites, investing will seem complicated to you, but with eToro, everything is simple, because the platform is user-friendly and above all, eToro has low fees.

We hope you have found this guide helpful and if so share it, since there might be someone else who would like to benefit from it.

And, lastly, If you want to read more articles and gain more knowledge about cryptocurrency trading, check out our crypto trading articles voluminous sector.