Bitcoin Price Analysis: BTC Loses Nearly Half Its Value As It Tumbles Below $35,000, Before Making Strong Recovery

The Bitcoin price continued to drop during the ongoing session, as it slipped below the crucial $35,000 level, a level which market watchers hoped would stabilize the price. On Friday, BTC had registered a sharp drop, falling over 10% and settling at $36,551. Saturday saw the price remain in the red, dropping by nearly 4% to $35,198. Despite the bearish sentiment, BTC could register a recovery on Sunday, rising by 3.27% and moving to $36,347, before falling back during the ongoing session. 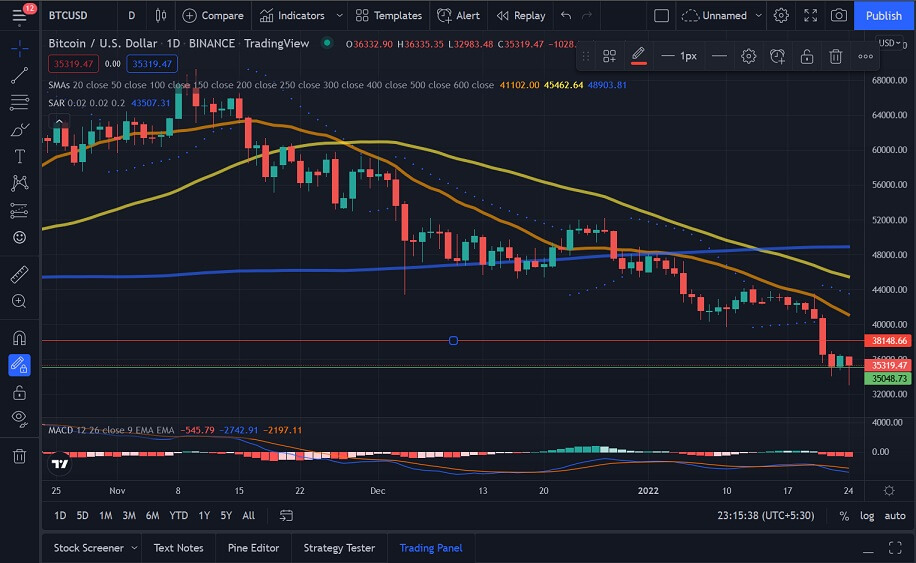 We can see that the MACD is currently bearish, but if BTC manages to recover, we could see it flip to bullish.

Looking at IntoTheBlock’s IOMAP for the Bitcoin price, we can see that BTC faces strong resistance at around $38,400. At this price level, over 571,000 addresses have sold more than 472,000 BTC. 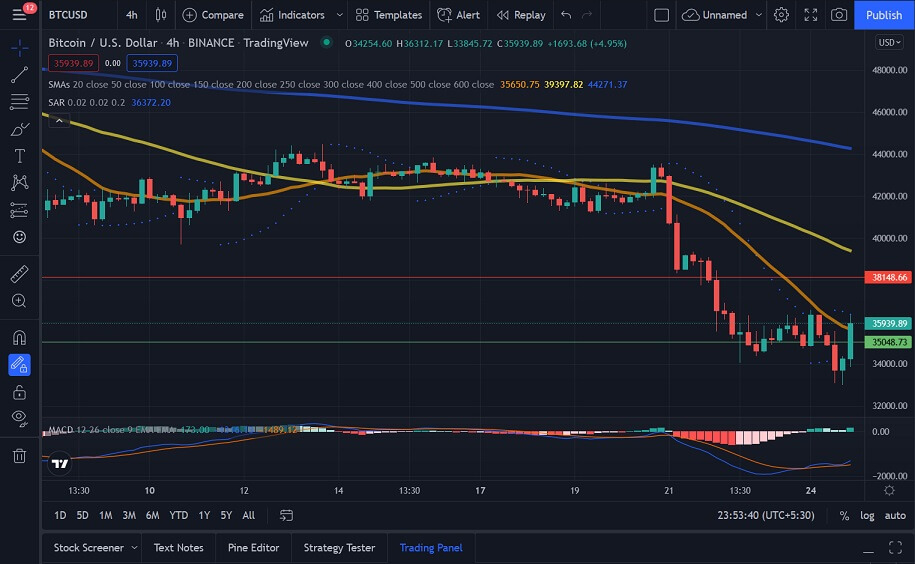 Bitcoin's RSI Reaches Lowest Point In Two Years, Here's Why It Is Possibly Good For Market

The Relative Strength Index, one of the most popular technical indicators in market analysis, has reached extremely low values previously observed in March 2020, caused by the global financial crisis. Experts often use the Relative Strength Index to determine current conditions on the market and point out reversal points once the price reaches oversold or overbought values.

The indicator is also used to find divergences against the price chart and determine whether the trend on the asset is reversing. But while deviations could be considered an additional way of using the indicator, looking for oversold and overbought levels is the main way of using the Relative Strength Index.

While the RSI can give us a hint about the upcoming movement in the future, it is not a panacea against the bear trend since its signals are usually considered short-term. Almost every reversal signal based on RSI stays active until the indicator's values enter the "neutral" zone.

During the last drop below the value of 25 on the indicator back in March of 2020, Bitcoin reversed almost immediately, reaching a local high of $10,000. But while the indicator "predicted" a short-term reversal, data provided by it have not suggested that the cryptocurrency would jump to the new ATH in the next few months.

Bitcoin recently dropped to $35,000 levels after another unexpected drop that occurred during the asset's correction that began back in November, when the digital gold was trading at almost $70,000.

Looking at the Bitcoin price chart, we can see that BTC has made quite a strong recovery and is now down by just over 1%. If the current sentiment persists, we could see BTC push above $36,000.