Bitcoin Price Prediction: BTC Continues To Drop, Could Slip Below $46,000

The Bitcoin price continued to drop as it got off to a fairly bearish start to the week, with sellers looking to drive BTC below $46,000. BTC had registered a significant drop on Friday as well when BTC slipped below the 200-day SMA and settled at $461,31. However, the price recovered on Saturday, rising by 1.57%, before dropping back into the red on Sunday and settling at $47,109. The current session has seen BTC continue to drop, with the price currently down by over 2%. 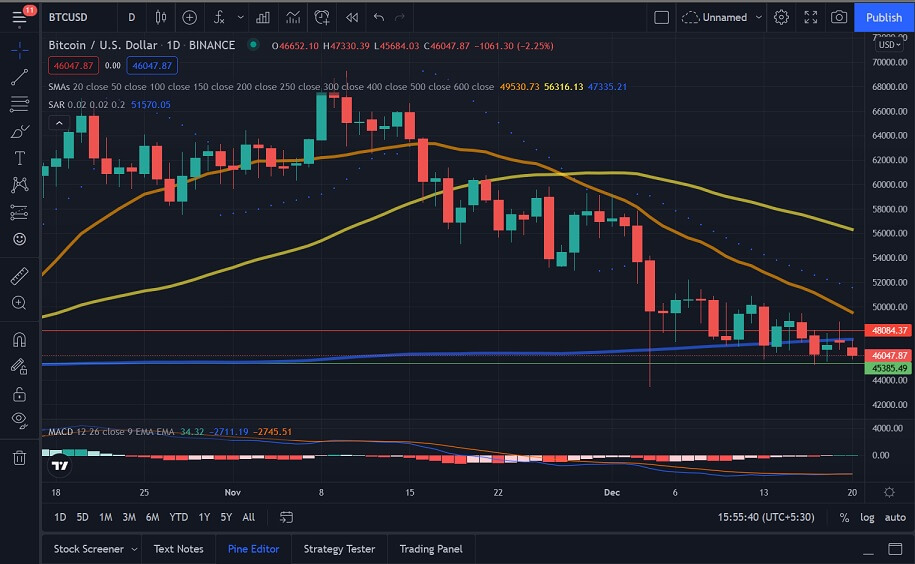 Looking at IntoTheBlock’s IOMAP for the Bitcoin price, we can see that BTC faces strong resistance at around $48,099. At this price level, over 2.3 million addresses have sold more than 1 million BTC. 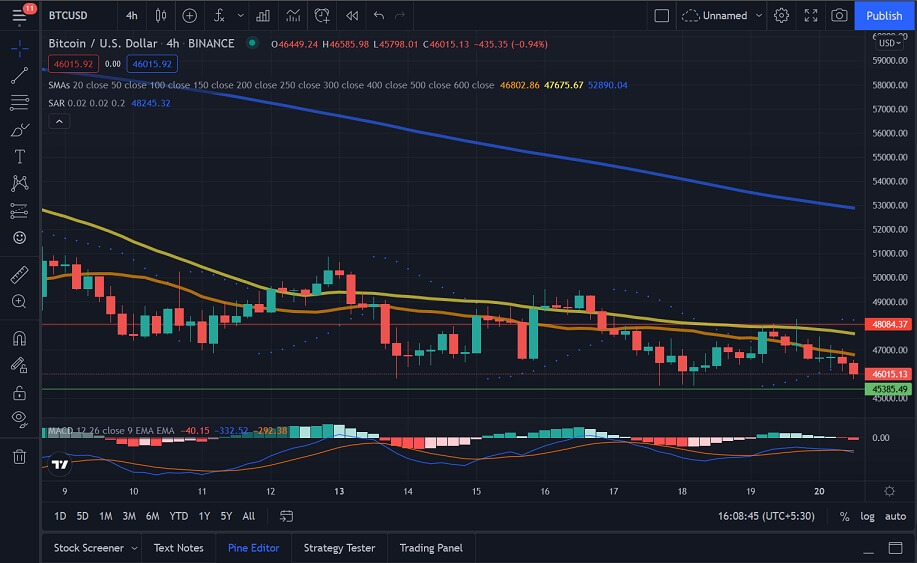 Bank of England Is Worried About Crypto Again

Sir Jon Cunliffe, deputy bank governor, told the BBC that a price correction in the crypto markets could have profound ramifications for other industries:

“The point, I think, at which one worries is when it becomes integrated into the financial system when a big price correction could really affect other markets and affect established financial market players.“

“It’s not there yet, but it takes time to design standards and regulations. We really need to roll our sleeves up and get on with it, so that by the time this becomes a much bigger issue, we’ve actually got the regulatory framework to contain the risks.”

The bank governor warned that the risks involved in crypto would grow proportionally with its adoption. He noted that at present, only 0.1% of UK household wealth was tied up in crypto-assets, with 2.3 million UK citizens holding crypto investments (at an average value of £300 per person).

The Bank of England has previously railed against the impact of crypto-assets, claiming in October that Bitcoin could trigger financial instability in the UK. Sir Cunliffe argued that crypto’s smaller market capitalization ($2.3 trillion versus $250 trillion in the global financial system), could still create a tidal wave effect, as evidenced by the housing market collapse triggering the 2008 recession.

Bitcoin Book Gets Funding On Kickstarter

A group of eight Bitcoin enthusiasts recently launched a Kickstarter campaign to publish an educational book for America’s federal policymakers. The campaign aimed to reduce their reliance on the traditional media narrative on cryptocurrencies. The campaign managed to attract $23,151 in funding, nearly five times the goal of $5,000.

The book was conceptualized soon after the US House of Representatives passed the $1.2 trillion bipartisan infrastructure bill, which mandates stringent reporting requirements for the crypto community.

According to the authors:

“We set out to write a book to help policymakers understand where Bitcoin users are from and what they care about. We want to dispel the notion that it's a nerd money and show how it's impacting so many people in America.”

Per the schedule, the manuscript for the Bitcoin book has been drafted. It will be ready by the end of 2021. By January, the authors intend to have the audiobook and paperback available for sale, which will be supported by a “book launch event in Washington DC to promote this book.”

While the Bitcoin book authors have already accounted for the initial funding of $5,000 for the book’s production, the additional funding will be invested in the book launch party.

In his recent interview with The Financial Times, BIS Innovation Hub head Benoit Coeure revealed that a global regulatory framework for cryptocurrencies would likely be ready in 2022. Coeure noted that it’s high time for comprehensive regulation, given that crypto is moving into the mainstream at a rapid pace.

The former executive board member of the European Central Bank appeared to be particularly concerned by the mushrooming growth of the decentralized finance sector (DeFi) that poses a threat to traditional finance (TradFi), thus creating “systemic risks.”

The prominent French economist claims different jurisdictions could be on track to create patchy approaches to regulating crypto that will be inefficient on a global scale. However, he believes there is still enough time to steer clear of regulatory arbitrage and create a regulatory framework for the nascent asset class.

Privacy concerns could be the biggest deterrent to strong cooperation on crypto:

Coeure says that consumer protection should be a top-of-mind priority for policymakers.

He proposed banning pension funds from having exposure to cryptocurrencies to avoid risks linked to the mercurial asset class.

"It seems to be contrary to the kind of safety that you expect from a pension fund."

In March, Coeure opined that Bitcoin was a failed currency due to its volatility.

Looking at the Bitcoin price chart, we can see that sellers have managed to push BTC below $46,000 at the time of writing. If the current sentiment persists, we could see BTC drop to $45,500. However, there is a chance that BTC could recover and push back above $46,000.