The Bitcoin price failed to recover as the marketwide bearish trend continued. BTC had started the current week in the red after it dropped by 0.68% on Sunday. BTC continued to fall on Monday and slipped below the 20-day SMA on Tuesday, registering a fall of over 5%, with the price settling at $60,628. On Wednesday, BTC remained in the red as it registered a marginal drop before slipping below $60,000 during the current session. 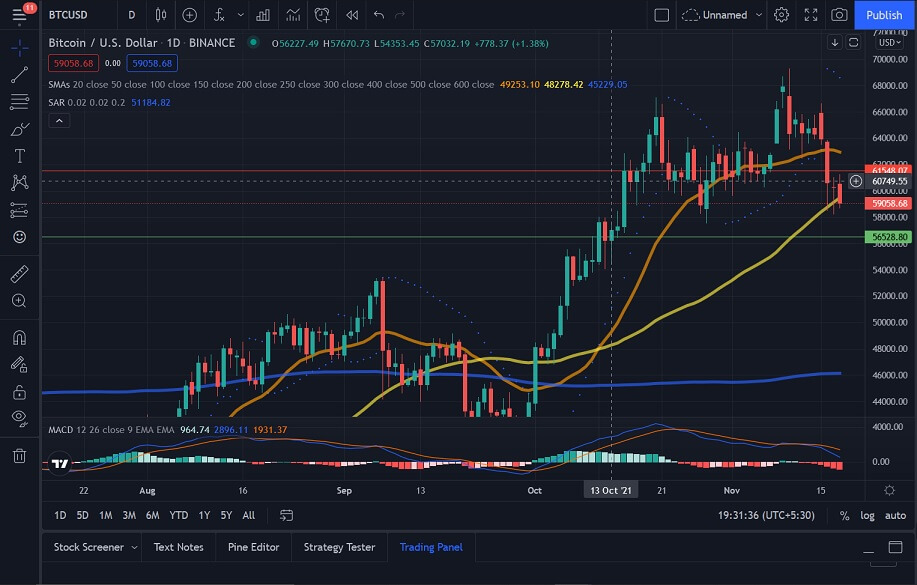 The Bitcoin price fell back in the red on Sunday, as the price dropped by 0.68%, settling at $64,302. The price remained bearish on Monday, as it registered a marginal drop before dropping by over 5% on Tuesday, slipping below the 20-day SMA and settling at $60,628. BTC remained in the red on Wednesday, although the price did not see much movement. However, Thursday saw the price drop below $60,000 as sellers pushed the price below the 50-day SMA. Currently, we can see that the price is at $59,250, and with the MACD currently bearish, we could see the price drop even further. 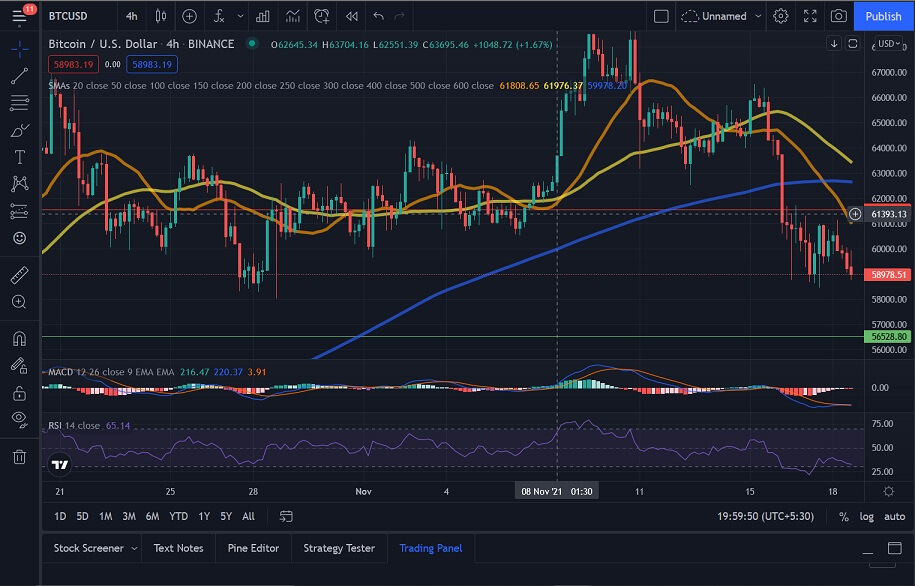 “The demand for investing in digital assets is growing considerably and institutional investors have been looking for a regulated dealer platform to access this asset class."

Many of the bitcoin funds operational in Canada currently use US-based custodians. By bringing an option to the local market, Fidelity’s move might facilitate the experience, paving the way for more institutional investors to purchase BTC directly. Per The Globe and Mail report:

“Fidelity Clearing Canada provides services to more than 100 investment companies in Canada. Together, with Fidelity Investments Canada ULC, they represent more than $222-billion in assets under administration and management as of June 30.”

The new platform’s launch will mark the first step into Bitcoin for Fidelity Canada. However, Fidelity Investments Inc. launched a similar product in the US in 2018, Fidelity Digital Assets, which has since provided institutional investors with bitcoin custody and trade execution services.

Looking at the Bitcoin price chart, we can see that BTC has slipped below $59,000. If the current sentiment persists, then we could see BTC drop to $58,000.