Blockchain And The Gaming Industry | Stay Ahead Of The Game

Since Atari pong, considered the first game console, became available for home use, the gaming industry has evolved dramatically. Do you remember playing Pooyan and shooting arrows and meat? Well, now you can dive into the world of augmented reality and start hunting Pokemon!

The gaming industry keeps evolving, with blockchain being a powerful trigger of change. Here you can learn more about blockchain technology and how blockchain can transform the world beyond the financial sector.

Even if you are a novice in the field, don’t worry. Simply sign up for our cryptocurrency trading course to become a pro!

Blockchain and the Gaming Industry

It’s not a secret that blockchain technology is a big deal. Yet, some people still believe in bizarre myths about cryptocurrency and blockchain.

Well, blockchain technology and cryptocurrencies are not dodgy! Blockchain can be simply defined as an open distributed ledger that guarantees security and transparency.

While this technology is at the heart of bitcoin and many other cryptocurrencies, blockchain can transform not only the world of trading but the whole of society. The gaming industry is one of the areas where blockchain can ensure real changes and beneficial innovations.

But what exactly is gaming? Figures show that the gaming industry is bigger than music and even cinema!

From arcade games and consoles through mobile and PC gaming to motion-based play and virtual reality, the gaming sector keeps expanding. It’s believed that it will exceed $180 billion by 2021.

Here we should note that the gaming industry is constantly changing. Take gaming graphics, for example. Even if you are not into playing video games, we have to admit that the evolution of graphics in gaming is impressive. Just give Gran Turismo Sport a go to understand how realistic games are today!

That said, blockchain can be the next big evolution of the gaming industry. Experts claim that because of its liquidity, as well as the fact that gamers are used to tokenisation, the implementation of blockchain in gaming will be as easy as pie.

Also, as many games allow users to buy in-game items with virtual and fiat currency, experts believe that blockchain can actually regulate such trading.

The opportunities for blockchain as a moving force in gaming are endless. Here are five areas in the world of gaming that can benefit from blockchain technology: 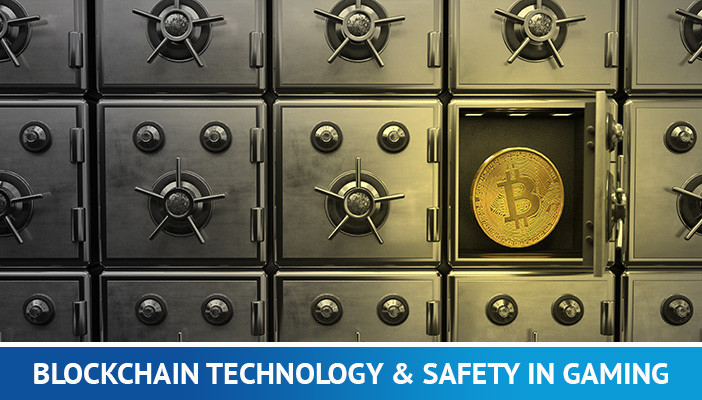 Given that gaming is a lucrative world, it’s no surprise that the industry is prone to numerous frauds. From fake sites to account takeovers, there are a lot of security issues to consider. Just like blockchain-based trading, blockchain gaming can guarantee a safe experience.

It’s not a secret that blockchain technology is almost unhackable. As blockchain offers high levels of security, more and more gamers and developers are willing to explore its potential in the gaming industry.

Blockchain is also decentralised, which means transparency. Without a centralised authority, neither developers nor gamers can alter data. This will result in higher levels of trust and customer loyalty.

By having high safety and transparency, users will be more willing to adapt to the world of blockchain in gaming. By having more gamers, on the other hand, blockchain technology will increase in value and benefit crypto trading. Note that there are some cryptocurrencies particularly designed for gaming.

The introduction of smart contracts will further increase safety, user satisfaction, and users’ sense of control. In fact, smart contracts are essential in cryptocurrency transactions and trading.

Moreover, just like cryptocurrency trading, gamers will be able to control their own personal and financial data. And we all know that keeping private data safe is crucial in our tech-driven world!

By introducing more control and regulations in gaming, blockchain technology can also lead to in-game ownership of assets. Users will be able to trade scarce assets and make a profit thanks to one of the most important features of blockchain-supported gaming: true digital ownership.

Interestingly, a study showed that 84% of developers would create in-game items if they were transferable, while 62% of gamers would invest in transferable items.

The good news is that blockchain technology allows you not only to buy but store assets in your crypto wallet - just along with your Bitcoin, for instance!

Blockchain gaming is growing for a reason. We all know that having different accounts can be a real nightmare, right?

Well, blockchain has the potential to make cross-platform transactions possible. Users will be able to take their public address from one game to another.

As Hoard’s CEO Slawomire Bubel explains, “Interoperability between games means doing something in one game and getting a reaction in another… You’re killed in game one with a two-day cool-down period. During that time, you become a zombie in game two… That kind of cross-referencing interoperability is what blockchain games can offer.”

This will further increase transparency and trust.

Talking about trust, blockchain can also benefit gambling games. Due to their controversy and high fees, many people distrust casino games, claiming that online casinos are like a black box that always turns the odds in their favour. No need to be in the dark! Today’s blockchain technology will give us a peek into the black box.

Today’s gaming industry is changing 24/7. Games are not simple products anymore. Quite the opposite; free-to-play games encourage more and more people to join the world of gaming.

Developers, in particular, can benefit a lot from blockchain technology. They can create games on secure decentralised platforms and find new ways of monetising gaming.

For example, many developers are thrilled to develop blockchain-based games and platforms that allow the directional exchange of tokens and play-to-earn models.

With the increasing role of true ownership, the industry is becoming more and more player-driven, allowing players to express their creativity and desires.

Is Blockchain the Future of Gaming? 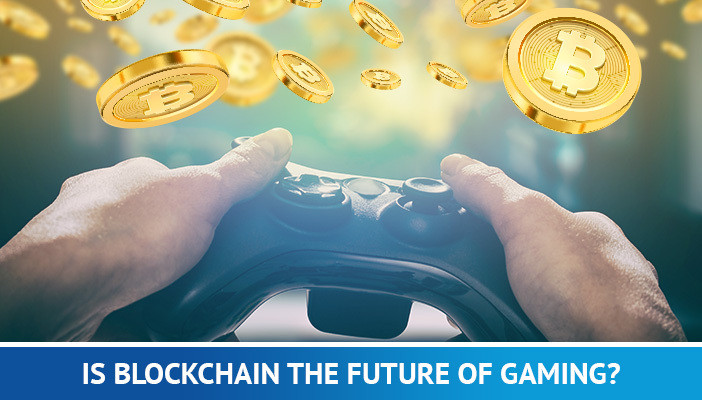 Though the benefits of blockchain-based gaming platforms are evident, there are various challenges both developers and gamers should consider.

Scalability and capacity are two of the main issues to consider. With the increasing number of players across the globe, multiplayer online games have to increase their capacity to accommodate and manage today’s increasing demand. No doubt that low capacity will impact crypto trading as well!

On the other hand, it’s time for blockchain games to evolve and move from non-fungible and play-to-earn games to more engaging and complex games.

Let’s not forget that we all learn through play and even some video games can be educational. As the great psychologist Piaget said, “Play is the work of childhood.”

If you think that talking about trading and gaming is like comparing apples and oranges, think twice!

First of all, the technicalities are the same. As stated earlier, blockchain technology can enable decentralisation and transparency in any industry. Both traders and gamers, for example, have the same system requirements and may be affected by latency.

If gamers turn to cryptocurrencies, the demand will increase, which will affect the price of bitcoin or any other cryptocurrency. As a result, the entire cryptocurrency trading industry will change.

Besides, gamers and traders have many things in common. To provide an example, play-to-earn fans show us that we can play and make a profit, the way traders trade to make money. Besides, both cryptocurrency traders and gamers should have great reflexes and learn to be patient at the same time.

Crypto traders and gamers are just a click away from their big move!

A newbie in the field? Then learn more about the similarities and differences between crypto and forex trading.

Blockchain technology has the potential to disrupt our world. So, why don’t you explore our site and learn more about some of the most crypto-friendly cities around the world and important crypto events, such as bitcoin halving?!

Get in the game and sign up for our crypto trading course to become a pro.