Cardano Price Prediction: ADA Back In The Red After Weekend Recovery

The Cardano price registered a marginal increase on Thursday, the only increase in an otherwise bearish week. ADA dropped significantly on Friday, dropping by over 8% and settling at $1.53. The weekend saw ADA recover, as it pushed up by 0.70% on Saturday, before moving up by over 3% on Sunday and settling at $1.59. The current session sees ADA back in the red, with the price currently down by over 1%.

Cardano Price Chart Indicates ADA Could Slip To $1.50 If Price Fails To Recover. 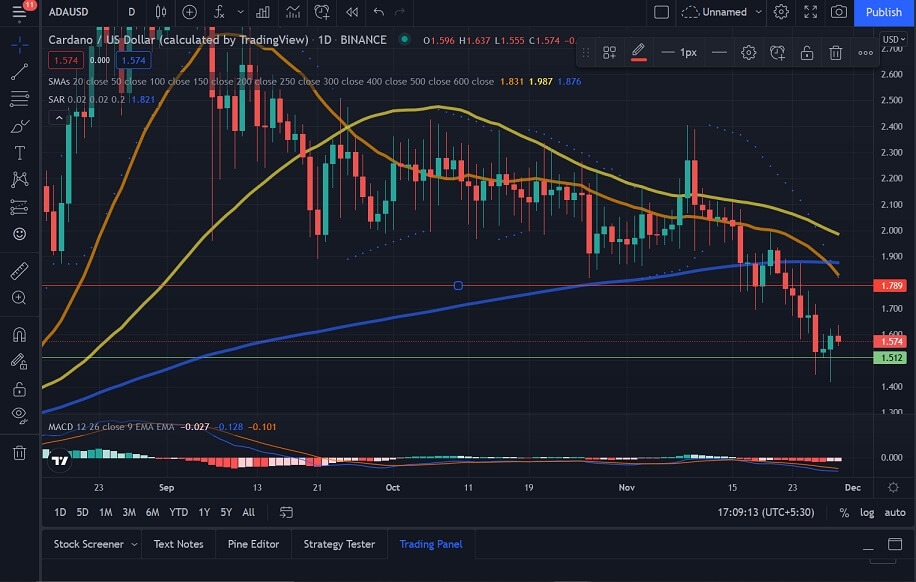 After dropping by almost 5% on Wednesday, the Cardano price registered a marginal recovery on Thursday, rising by 0.48%. The price was back in the red on Friday, with sellers pushing ADA down by over 8%, as it slipped to $1.53. Despite the bearish sentiment, the price recovered on Saturday, rising by 0.70% and then by 3.28% on Sunday, ending the weekend at $1.59. The current session sees ADA back in the red, with the price currently down by over 1%. 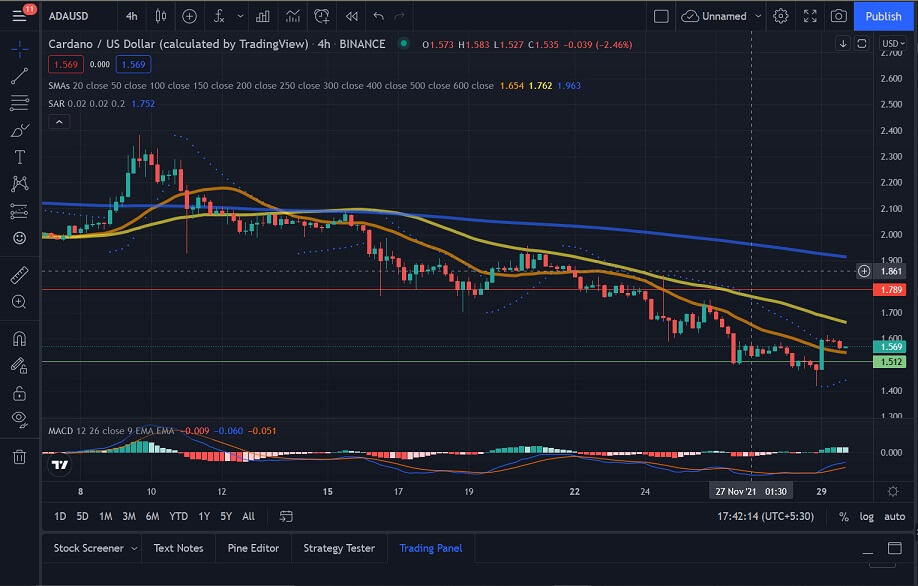 Is This Going To Reverse Current Cardano Negative Sentiment?

Earlier, with the implementation of Alonzo hard fork, Cardano launched itself into the mainstream of decentralized services and web3. Recently, a Cardano developer opined on Twitter that the network needs to implement an alternative node as it is “critical for the success of our blockchain.” To this, founder and creator Charles Hoskinson replied:

“Client diversity is critical for the long-term viability of Cardano. I’d love to see a Typescript, Rust, and Haskell client all working together and certified against the formal specifications.”

A client would essentially mean a software application that implements the Cardano specification and communicates over the peer-to-peer network with other Cardano clients.

Finally, the proposal highlighted the risks posed by homogeneous code implementation. This is because a bug in the Haskell codebase can impact the entire network without contributors having the ability to change to different node implementations.

Looking at the Cardano price chart, we see that ADA had pushed up over the weekend but finds itself back in the red in the ongoing session. If sellers retain control of the session, we could see ADA drop to around $1.50. However, if the price recovers, the ADA could push towards $1.60.