The Cardano price had registered a marginal increase on Wednesday but registered a significant price drop on Thursday, falling by over 7% and settling at $1.29. ADA continued to drop on Friday and fell to $1.21, a drop of over 6%. However, the price made a strong recovery on Saturday, rising by almost 12% and settling at $1.35. The current session sees buyers and sellers struggling to control the session.

The Cardano price was highly bearish over the previous weekend, falling by 9.52% on Friday. The weekend saw ADA remain bearish, as the price dropped by 8.66% and settled at $1.42. On Sunday, the price remained in the red as ADA ended the weekend down by almost 3% at $1.42. The price recovered on Monday, as it pushed back up by over 3%, settling at $1.43, but then fell back by almost the same on Tuesday, falling back to $1.38. 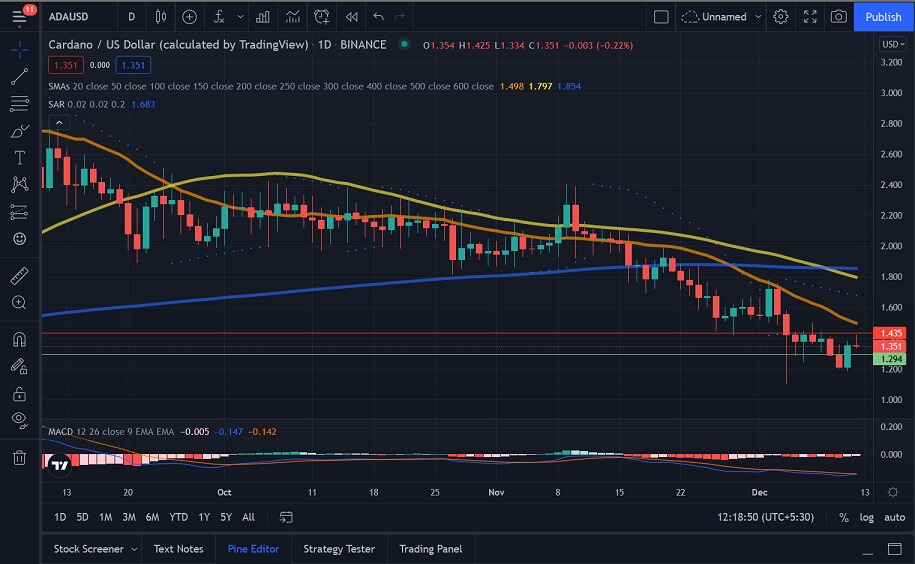 After dropping to $1.38 on Tuesday, the Cardano price registered a marginal increase on Wednesday before dropping on Thursday. ADA fell by 7.66% on Thursday, dropping to $1.29, before another significant drop on Friday took the price down to $1.21. However, ADA recovered over the weekend, rising by almost 12% on Saturday and moving up to $1.35. The current session sees ADA down marginally as buyers and sellers struggle for control of the session.

Looking at IntoTheBlock’s IOMAP for the Cardano price, we can see that ADA has strong support at around $1.29. At this price level, over 160,000 addresses have bought over 4.4 billion ADA. 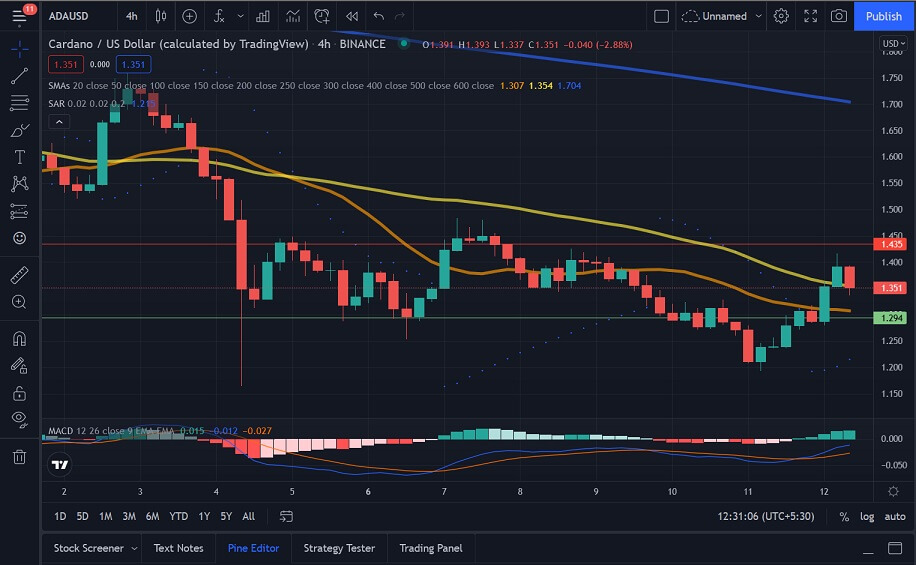 Decentralized media launchpad Flickto (FLICK) recently announced an initial decentralized exchange offering on the leading Cardano-based launchpad, Kick.io. This token sale will introduce FLICK tokens to the majority of retail investors. It will allow Flickto to raise funds for the next phases of its progress.

Flickto provides the technical basis for crowdfunding for media content promotion. Crypto enthusiasts can support the promotion and distribution of their favorite media products with digital assets.

Such sophisticated products need a low-cost and resource-efficient blockchain. As such, the Flickto (FLICK) team has chosen Cardano for its high-performance and novel technical design. Also, Cardano (ADA) has a large and vibrant global community that is crucial for real-world decentralized projects. ADA holders are a backbone focus group for Flickto’s progress and the distribution of FLICK tokens.

FLICK rewards are the main incentive for users to take part in Flickto’s activities associated with content and staking. Then, FLICK will be listed on centralized exchanges and Cardano-based DEXes to allow holders to trade and stake it in third-party mechanisms.

Dissemination of FLICK tokens will be yet another trigger for the mass adoption of Flickto solutions in the Web3 ecosystem. Initial Staking Pool Offering (ISPO) is the main way for the Flickto ecosystem to raise funds for project supporters. Like Cardano’s staking pool for ADA, Flickto’s ISPOs should be considered an instrument for token holders to support their favorite products.

Looking at the Cardano price chart, we see that ADA had seen a significant increase on Saturday but has now registered a marginal drop. ADA has strong support at $1.29, so we could see the price recover and push above $1.35. However, if sellers retain control, we could see ADA drop to its support price.