The Chainlink price continued to drop as sellers pushed the price down considerably, driving it below the $14 level. The current session sees LINK down by almost 2%, as sellers look to drive it lower. LINK had started the weekend on a fairly positive note, rising by 2.19%, before dropping back considerably on Sunday, falling by almost 6% and dropping to $14.60. The bearish sentiment persisted on Monday, as LINK dropped by nearly 8%, slipping below the $14 level to $13.50. The current session sees LINK at $13.26, with sellers in control.

The Chainlink price started the previous weekend in the red, dropping by 1.45% on Saturday and then falling by 3.30% on Sunday to end the weekend on a bearish note. LINK recovered on Monday, rising by 1.90% and then surging by over 9% on Tuesday, pushing above the 20-day SMA and settling at $17.36. However, LINK fell back on Wednesday, registering a drop of 1.33%, before dropping back below the 20-day SMA on Thursday, falling by almost 9% to $15.59. 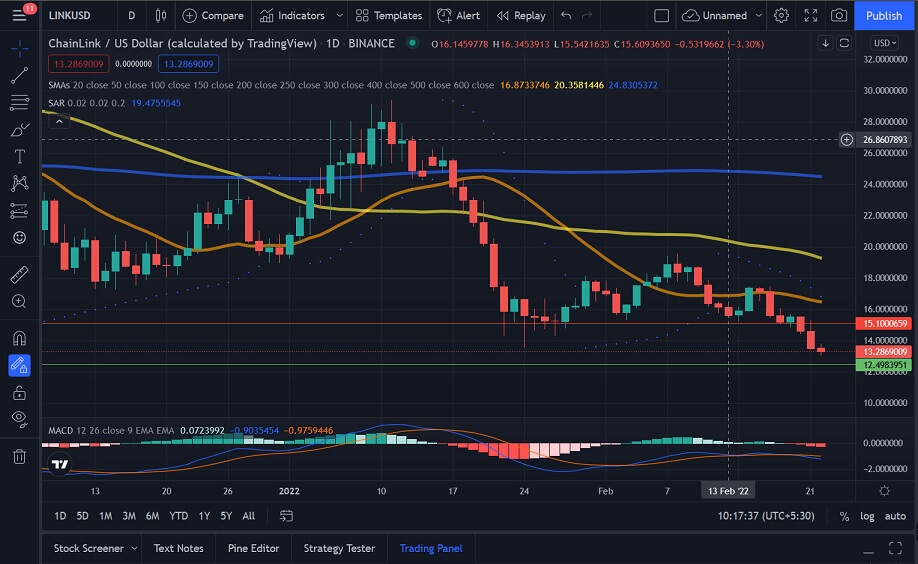 The Chainlink price remained in the red on Friday, as it dropped by almost 3% to $15.19. Despite the bearish sentiment, LINK recovered on Saturday, rising by over 2% before falling back in the red on Sunday, falling by almost 6% and ending the weekend at $14.60. LINK continued to drop from this level, dropping by almost 8% on Monday, slipping below the $14 level, and is down by almost 2% during the ongoing session.

Looking at IntoTheBlock’s IOMAP for the Chainlink price, we can see that LINK has strong support at around $12.66. At this price level, over 8000 addresses have bought more than 3.4 million LINK. 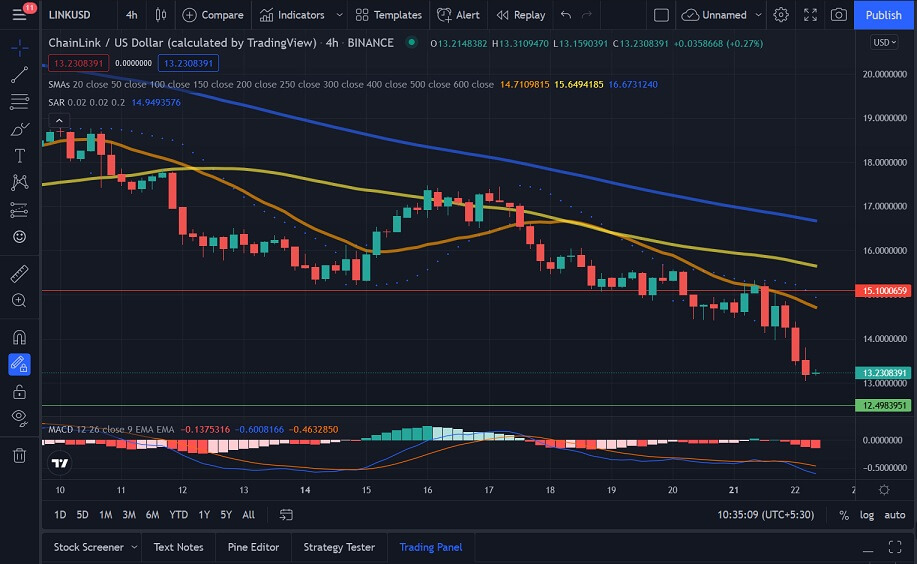 Looking at the Chainlink price chart, we can see that LINK has been extremely bearish during the past few sessions and is down by almost 2% during the ongoing session. If the current sentiment persists, we could see LINK drop below $13 before making a recovery.

Should You Buy Chainlink?

Could Chainlink Be A Millionaire-Maker Coin?

How To Trade Chainlink (LINK): A Step-by-Step Guide