The Chainlink price continued to drop during the ongoing session as sellers continued to dominate the market. LINK had started the week on a fairly positive note, rising by 1.90% on Monday and moving to $15.90. On Tuesday, the price continued to push higher, surging by over 9%, moving past the 20-day SMA and settling at $17.36. However, LINK fell back on Wednesday, dropping by 1.32%, before dropping below the 20-day SMA during the ongoing session.

The Chainlink price started the previous week on a fairly positive note, rising by 4.50% on Monday and moving to $18.88. LINK fell back on Tuesday, dropping by 2.62%, before recovering on Wednesday, rising by almost 2% and moving to $18.69. LINK fell back in the red on Thursday, falling by nearly 6% and dropping to $17.57. Friday saw LINK remain bearish, as it dropped below the 20-day SMA and fell to $16.37. 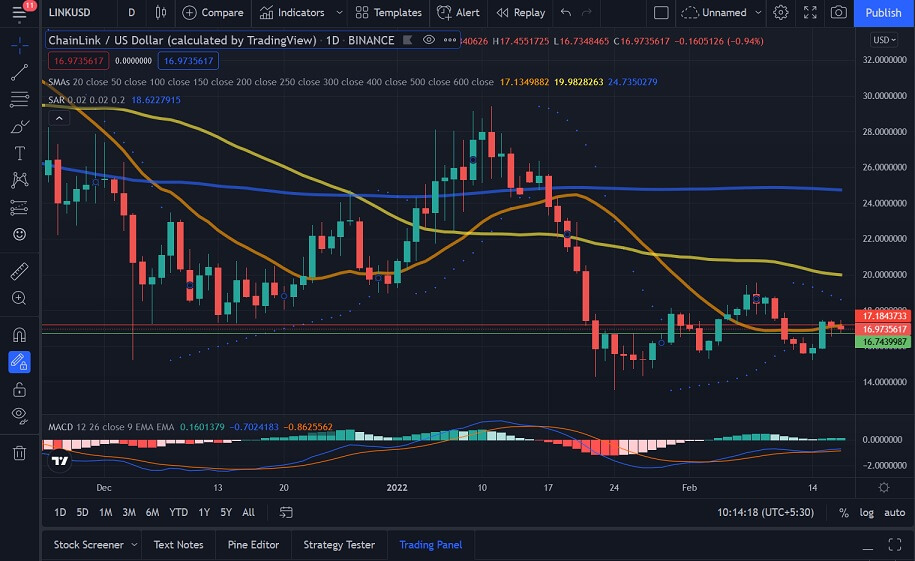 The Chainlink price remained in the red over the weekend, dropping by 1.45% on Saturday and then by 3.30% on Sunday to end the weekend at $15.60. LINK recovered on Monday, rising by 1.90% and then surging by over 9% on Tuesday and moving to $17.36 after pushing above the 20-day SMA. However, LINK fell back on Wednesday, dropping by 1.32% and then slipping below the 20-day SMA during the ongoing session. 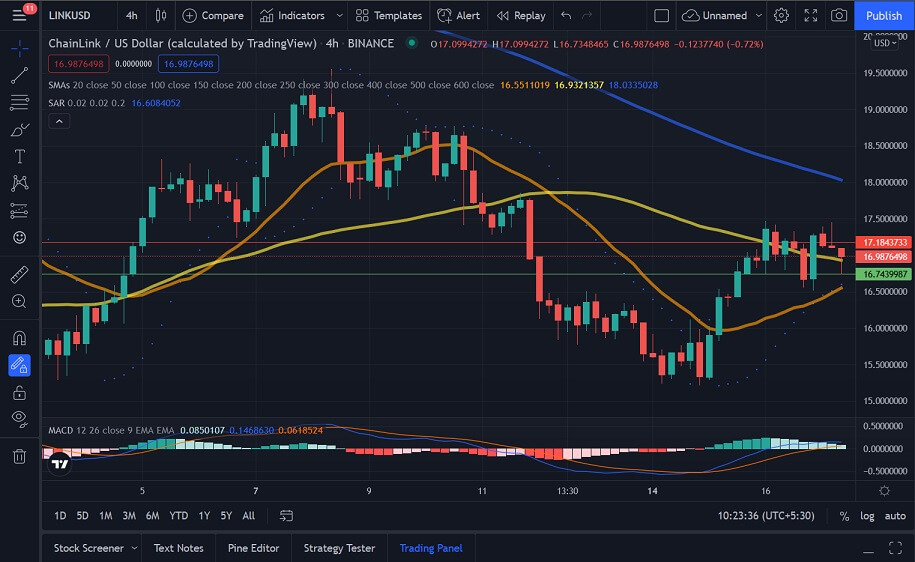 Chainlink recently announced the release of Chainlink Verifiable Random Function, or VRF, v2. As told by its developers, the new, improved version of the random number generator can reduce transaction fees by 60% compared to v1.

Randomness is a core component of making nonfungible tokens (NFTs), and gaming applications fair and secure. On their own, blockchains and smart contracts cannot guarantee randomness but require an oracle network to deliver such solutions on-chain.

Since its launch, Chainlink VRF (v1) has become the most widely adopted random number generator solution in the blockchain industry, fulfilling more than 3 million request transactions and providing verifiable randomness to more than 2,200 unique smart contracts across multiple blockchain networks.

"It is only with verifiable, tamper-proof randomness that it becomes possible to securely mint NFTs and their attributes or ensure fair outcomes in blockchain-based games."

Chainlink VRF generates a random number and cryptographic proof of how that number was determined using a combination of unpredictable block data and an oracle's private key with every new request. The cryptographic proof is then published and verified on the blockchain to prevent vulnerability and exploitation.

In addition to being live on the Ethereum Mainnet, Chainlink Network plans for deployment onto additional blockchains such as Polygon and BNB. Major upgrades in v2 include enhanced subscription management, the ability to adjust gas limits, expanded block confirmations, and the ability to request multiple random numbers in a single on-chain transaction.

Looking at the Chainlink price chart, we can see that LINK has dropped during the ongoing session as sellers look to push LINK lower. If the current bearish sentiment persists, we could see LINK drop below $16.

Should You Buy Chainlink?

Could Chainlink Be A Millionaire-Maker Coin?

Will Chainlink Make Me Rich in 10 Years?

Is It Worth Investing in Chainlink?