The Dogecoin price registered a marginal increase during the ongoing session, as it looks to reverse a fairly bearish week. SOL had started the week on a bearish note, dropping by over 7% on Monday. The price jumped over 21% on Tuesday but fell back on Wednesday, dropping to $0.18. Thursday saw SOL drop further, slipping to $0.17, before posting a marginal recovery during the current session. 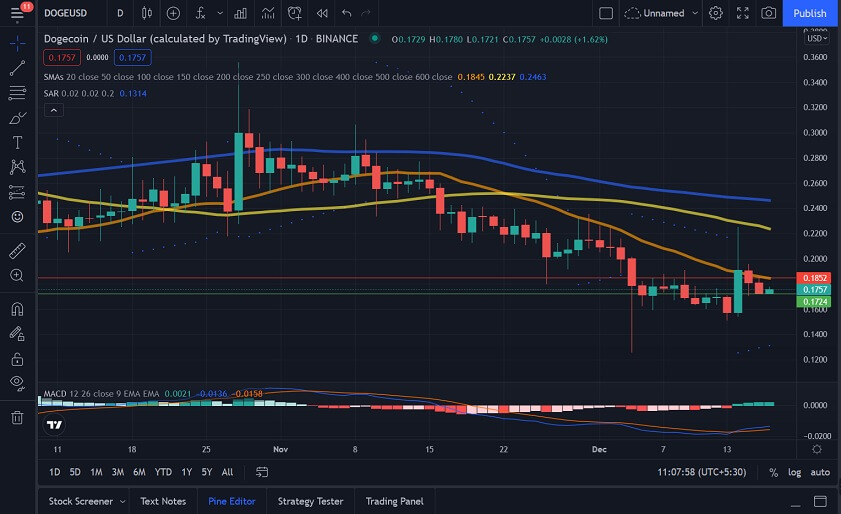 The current session has seen the price recover, and with the Parabolic SAR and MACD both bullish, we could see the price push higher.

Looking at IntoTheBlock’s IOMAP for the Dogecoin price, we can see that DOGE faces strong resistance at around $0.18. At this price level, more than 37,000 addresses have sold more than 7 billion DOGE. 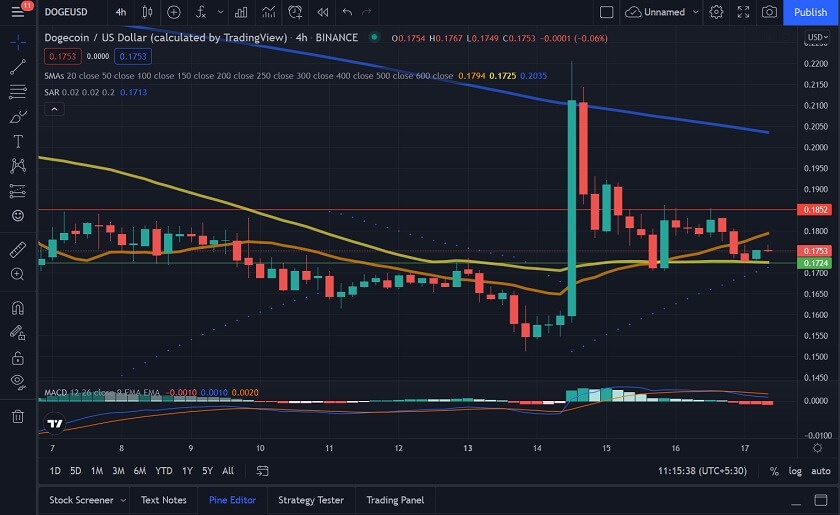 Large transactions of the meme cryptocurrency Dogecoin jumped by 148% shortly after the CEO of electric car maker Tesla, Elon Musk, announced the firm would accept DOGE payments for merch.

As first reported by Benzinga, data from Into The Block showed Dogecoin saw a 148% increase in “large transactions,” defined as transactions on the blockchain whose value exceeds $100,000. The transactions started surging soon after the price of DOGE jumped based on Musk’s announcement.

Benzinga’s report also noted that market participants quickly shared positive sentiment on social media on the cryptocurrency, helping DOGE’s social dominance across platforms surge 54% over a 24-hour period. Dogecoin whales may also be moving funds based on a recent announcement made by a DOGE developer that revealed they managed to create the first non-fungible token (NFT) on the Dogecoin blockchain and posted the transaction in which he minted it.

Per earlier reports, search interest for Dogecoin exploded during the cryptocurrency’s massive 10,000% price rally earlier this year, going from an average of 135,000 monthly searches in April 2020 to 16.5 million in April 2021.

Looking at the Dogecoin price chart, we can see that DOGE has made a marginal recovery during the ongoing session. If the current sentiment persists, we could see DOGE cross $0.18.