The Dogecoin price managed to remain above $0.13 during the ongoing session, as buyers look to push the price back up. DOGE had registered a drop of over 8% on Friday, dropping to $0.142, and then continued to drop over the weekend, falling over 6% on Friday and dropping to $0.133. However, the price recovered on Sunday, rising to $0.142, before dropping back in the red on Monday and settling at $0.137.

The Dogecoin price started the previous weekend on a fairly bearish note, dropping over 6% on Saturday and then by 4.23% on Sunday to end the weekend on a bearish note at $0.176. The weekend set the tone for the rest of the week, as DOGE continued to drop on Monday, falling by 3.40% and slipping below the 50-day SMA. The price continued to drop on Tuesday, this time slipping below the 20-day SMA and settling at $0.164.The bearish sentiment persisted on Wednesday, as DOGE dropped to $0.161 after falling by nearly 2%. 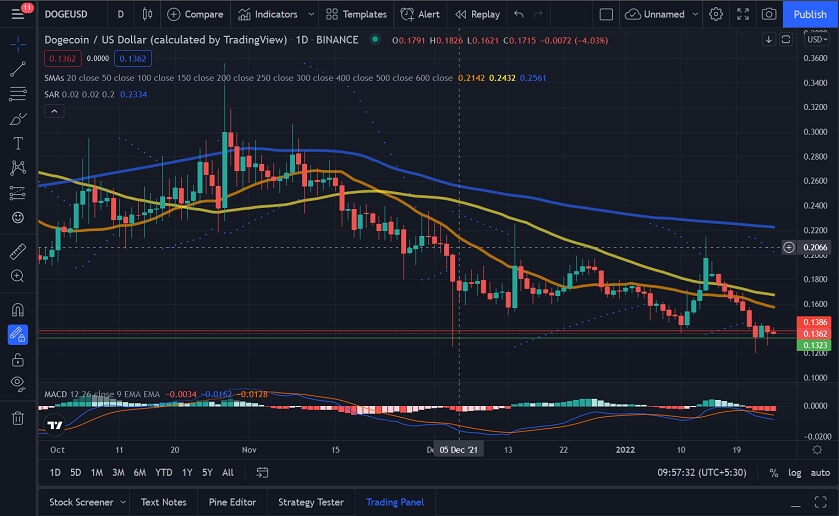 The Dogecoin price continued its bearish run on Thursday, falling by 4.20% to $0.155, before registering a significant drop on Friday, falling over 8%  and dropping to $0.142. The weekend started with the bearish sentiment persisting on Saturday, as it dropped over 6% and settled at $0.133. Despite the bearish sentiment, DOGE was able to register a recovery on Sunday, rising by nearly 7% and settling at $0.142. However, the price fell back in the red on Monday, falling by 3.31% and dropping to $0.137. The current session sees DOGE only marginally down at $0.136, as the price looks to recover.

We can see that the MACD is currently bearish, but if DOGE can recover from this level, it could flip to bullish. 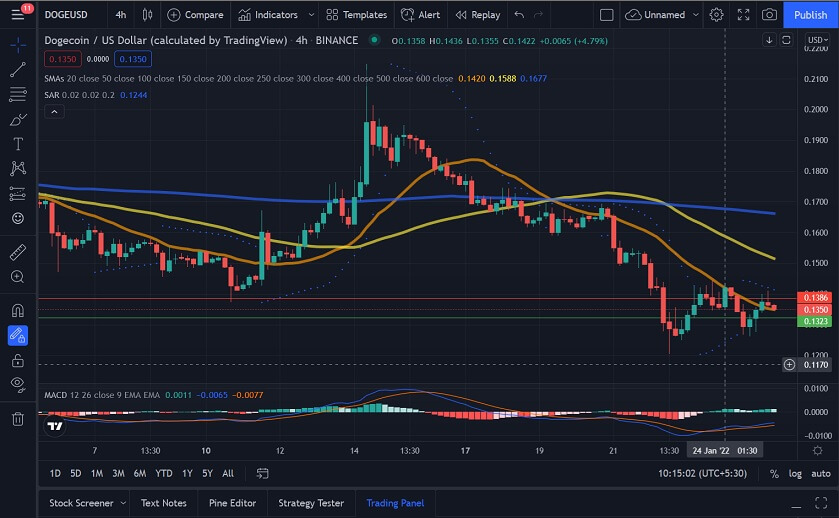