The Dogecoin price started the previous weekend on a positive note, registering a marginal increase on Friday. The price continued to push up over the weekend, rising by 1.27% on Saturday, but fell back on Sunday, ending the weekend at $0.139. Monday saw DOGE back in the green, rising by nearly 2% and moving to $0.141. DOGE continued to push higher on Tuesday, rising by 0.56% before falling back on Wednesday, dropping by nearly 4% and settling at $0.137. 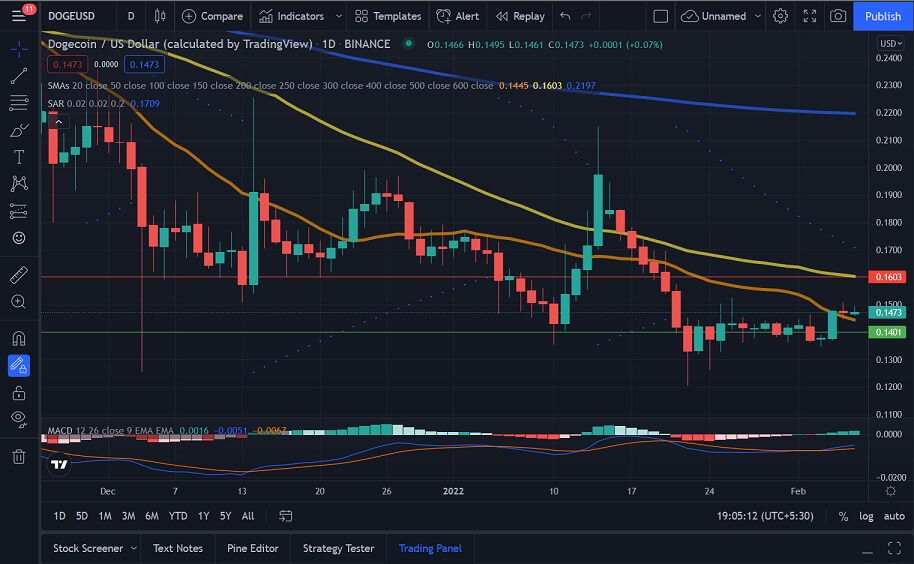 After dropping to $0.137 on Wednesday, the Dogecoin price registered a marginal recovery on Thursday before surging by over 7% on Friday and pushing above the 20-day SMA, rising to $0.147. However, DOGE fell back over the weekend, registering a marginal drop on Saturday before recovering during the ongoing session. We can see that the Parabolic SAR is currently bearish, indicating that we could see the price drop during the ongoing session.

IntoTheBlock’s IOMAP for the Dogecoin price shows us that DOGE has strong support at around $0.141. At this price level, over 97,000 addresses have bought more than 11 billion DOGE.

We can see that the Parabolic SAR has just flipped to bearish, indicating that we could see the price drop. 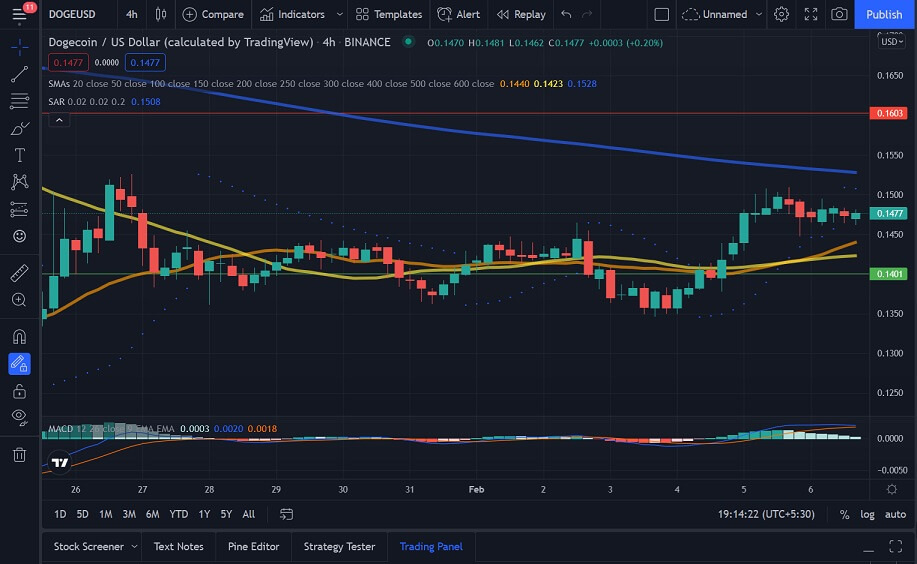 Dogecoin co-founder Billy Markus believes the future of the dog-themed cryptocurrency is bright as it is primed to fix the internet. As the Internet of Things continues to gain traction, there’s a growing demand for real-time small payments with low transaction fees.

Dogecoin, the original meme coin developed by Billy Markus and Jackson Palmer back in 2013 as a riposte to Bitcoin, has quickly grown as a popular method for enabling frictionless microtransactions across the internet.

According to Markus, who goes by Shibetoshi Nakamoto on Twitter, Dogecoin will fix the internet. In a recent tweet, he said the cryptocurrency would become “the world’s standard micro-transaction platform.”

Markus is not the only one who is pushing for greater Dogecoin success. In May, Tesla/SpaceX CEO Elon Musk affirmed that Dogecoin would “hands down” beat bitcoin if it sped up its block time and block size by 10x and decreased fees by 100x.

Throughout 2021, Musk was one of Dogecoin’s staunch supporters, and his frequent tweets often pushed the price of DOGE higher. Musk has also been working with Dogecoin developers with plans of making the joke cryptocurrency convenient and cheap to use for everyday purchases like movie tickets and a cup of coffee. Dogecoin has also found prominent fans in Dallas Mavericks owner Mark Cuban and AMC Theaters.

In another tweet, Markus, who shockingly revealed he only holds 220K DOGE, said that Dogecoin was “flirting with its old friend 15”. Responding to a Twitter user who said they are optimistic about a trend reversal, the dogecoin co-creator suggested he prefers being downbeat to prepare for a potential total doomsday situation.

Looking at the Dogecoin price chart, we can see that DOGE has registered a marginal increase during the ongoing session. If the current sentiment persists, we could see DOGE push to $0.150. However, if sellers retake the session, DOGE could drop below $0.140.