Dogecoin Price Prediction: DOGE Back In The Red, Slumps Below $0.140

The Dogecoin price fell back in the red during the ongoing session, as DOGE looks set to end the weekend on a bearish note, with the price currently at $0.137. DOGE had registered a sharp drop on Thursday, falling to $0.138. However, DOGE could register a marginal recovery on Friday before rising by 2.02% on Saturday and moving to $0.141 before dropping back during the ongoing session. 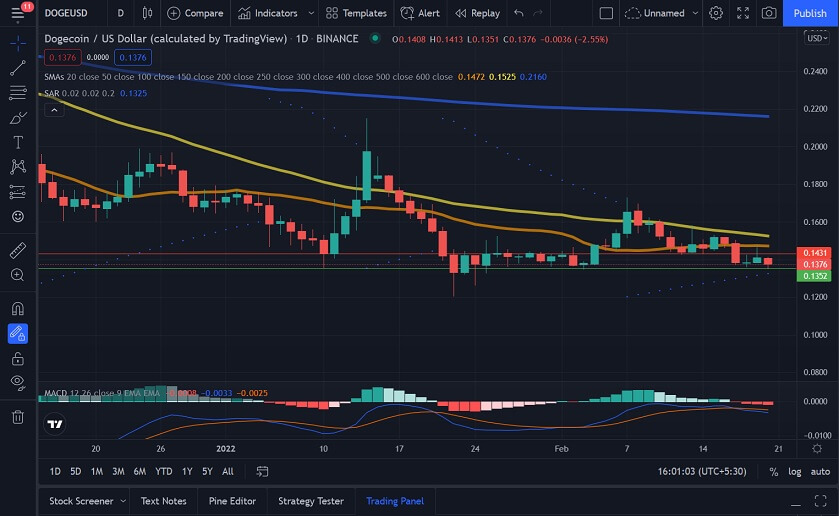 The Dogecoin price fell back in the red on Wednesday, dropping by 2.11% to $0.148. Thursday saw the bearish sentiment persist, as the price fell by 6.99%, dropping below the 20-day SMA and falling to $0.138. Despite the bearish sentiment, DOGE was able to register a marginal recovery on Friday before rising to $0.141 on Saturday. The current session sees DOGE at $0.137, down by almost 3%.

IntoTheBlock’s IOMAP for the Dogecoin price shows us that DOGE faces strong resistance at around $0.143. At this price level, over 79,000 addresses have sold more than 9.8 billion DOGE.

Check Out: The 5 Best Ways to Buy Dogecoin 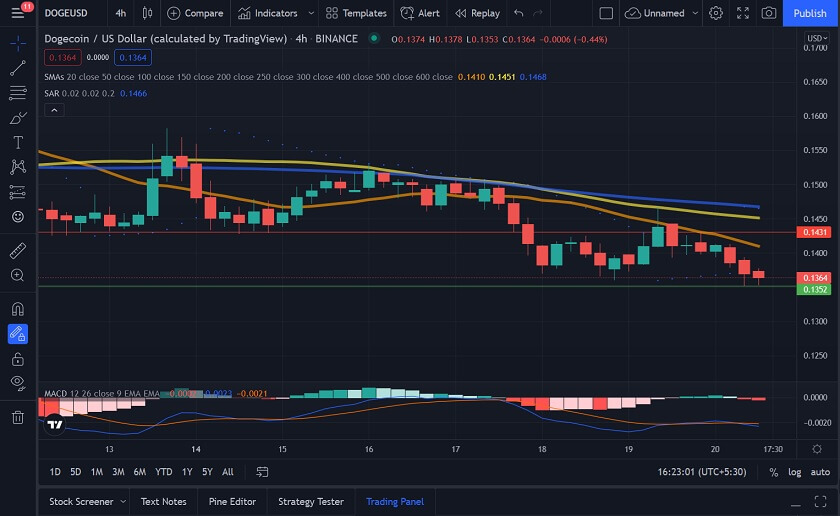 The Dogecoin price chart shows that DOGE has dropped considerably during the ongoing session. If the current sentiment persists, we could see DOGE Drop below $0.135.

What Are The Safest Ways To Store Dogecoins (DOGE)?

Is Dogecoin A Good Investment Opportunity?