Dogecoin Price Prediction: DOGE Back In The Red, Struggling To Push Above $0.130

The Dogecoin price is back in the red during the current session, as sellers forced DOGE down after a marginal recovery on Saturday. DOGE had dropped by nearly 3% on Wednesday, falling to $0.125. The price continued to drop on Thursday, as DOGE dropped to $0.124 after a highly volatile session before recovering on Friday, rising by nearly 3% and moving to $0.127. DOGE remained at $0.127 on Saturday before dropping back during the current session.

The Dogecoin price started the previous weekend on a fairly positive note, registering a marginal increase on Friday and then pushing up by just over 2% on Saturday, settling at $0.141. However, DOGE fell back on Sunday, dropping by nearly 4% and ending the weekend at $0.136. Monday saw the bearish sentiment continue, as the price dropped by nearly 6% on Monday, falling to $0.128 before making a strong recovery on Tuesday, rising by 2.42% and moving to $0.131. 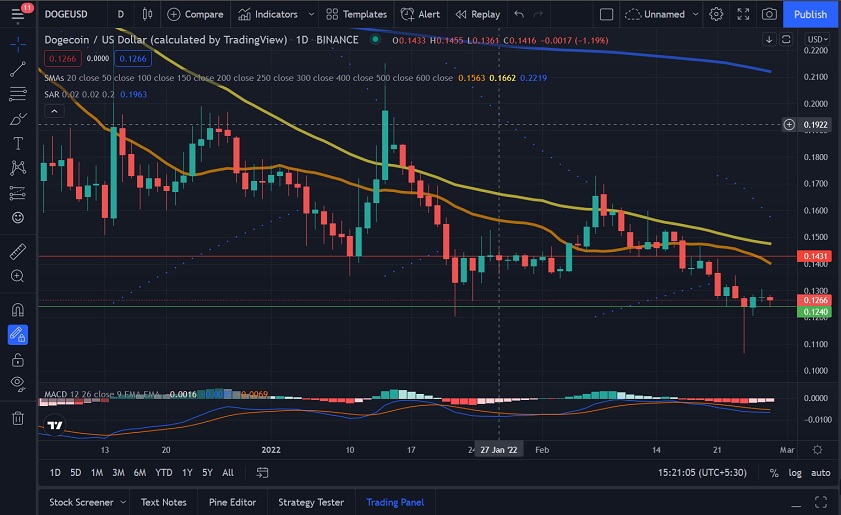 The Dogecoin price fell back in the red on Wednesday, falling by nearly 3% and settling at $0.127 after slipping below the $0.130 level. DOGE continued to drop on Thursday, falling by 2.43% after a highly volatile session and falling to $0.124. DOGE recovered on Friday, pushing up by 2.57% and moving to $0.127. The weekend saw DOGE remain at this level on Saturday before dropping back during the ongoing session.

We can see that the MACD is currently bearish, indicating that we could see the price drop further. However, if DOGE recovers, we could see it flip to bullish.

Looking at IntoTheBlock’s IOMAP for the Dogecoin price, we can see that DOGE has strong support at around $0.124. At this price level, over 11,000 addresses have bought more than 7.9 billion DOGE. 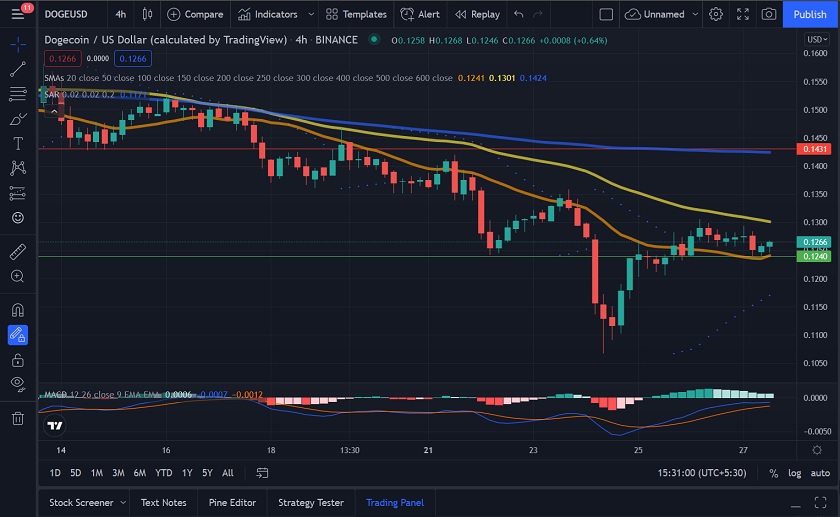 The Dogecoin price chart shows us that DOGE is marginally down during the ongoing session after recovering from an intraday low of $0.123 to move to $0.126. If the current sentiment persists, we could see the price push towards $0.130.

How To Invest In Dogecoin (DOGE)

5 Reasons Why Dogecoin Could Double Your Money

What Are The Safest Ways To Store Dogecoins (DOGE)?