Dogecoin Price Prediction: DOGE Looks To Push Back Above $0.150

The Dogecoin price has made a fairly strong recovery during the ongoing session, as buyers look to push the price above the $0.150 level. DOGE had a mixed weekend, registering a marginal drop and slipping below the 20-day SMA on Saturday before recovering on Sunday, rising by 1.65% and ending the weekend at $0.148. DOGE fell back on Monday, dropping to $0.146, before recovering during the current session.

The Dogecoin price started the previous weekend by registering a marginal drop on Saturday. However, the price pushed up on Sunday, rising by almost 5% and moving to $0.154. DOGE remained bullish on Monday, rising by over 7%, pushing above the 50-day SMA, and moving to $0.165. DOGE fell back after reaching this level and dropped by over 4% on Tuesday, slipping below the 50-day SMA and falling to $0.158. SHIB was able to recover on Wednesday, registering a marginal recovery but was unable to move past the 50-day SMA and fell back on Thursday, dropping to $0.152. 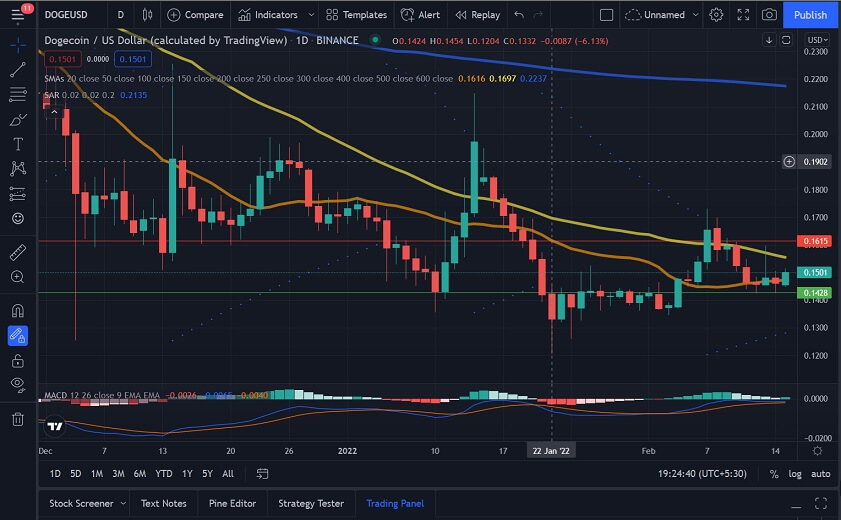 Looking at IntoTheBlock’s IOMAP for the Dogecoin price, we can see that DOGE faces strong resistance at around $0.161. At this price level, over 53,000 addresses have sold more than 8.4 billion DOGE.

The 4-hour Dogecoin price chart shows us that DOGE had pushed up to $0.159 on the 9th. However, DOGE could not stay at this level and fell back, dropping below the 20-bar SMA and falling to $0.155. DOGE continued to drop from this level, falling below the 50 and 200-bar SMAs and dropping to $0.144 on the 12th. DOGE stayed at this level for the next few sessions before recovering, pushing past all three SMAs and rising to $0.154, before dropping back below all SMAs and falling to $0.144 on the 14th. DOGE recovered from this level as it pushed past the 20-bar SMA and rose to $0.150. 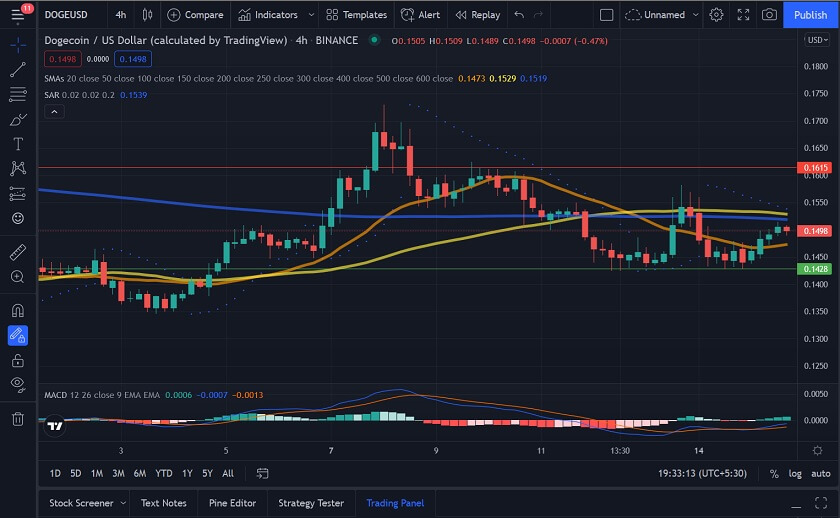 The Dogecoin price chart shows us that DOGE has been fairly bullish during the current session. If the current sentiment persists, we could see DOGE push towards $0.155. However, if bearish sentiment takes over, DOGE could drop below $0.145.