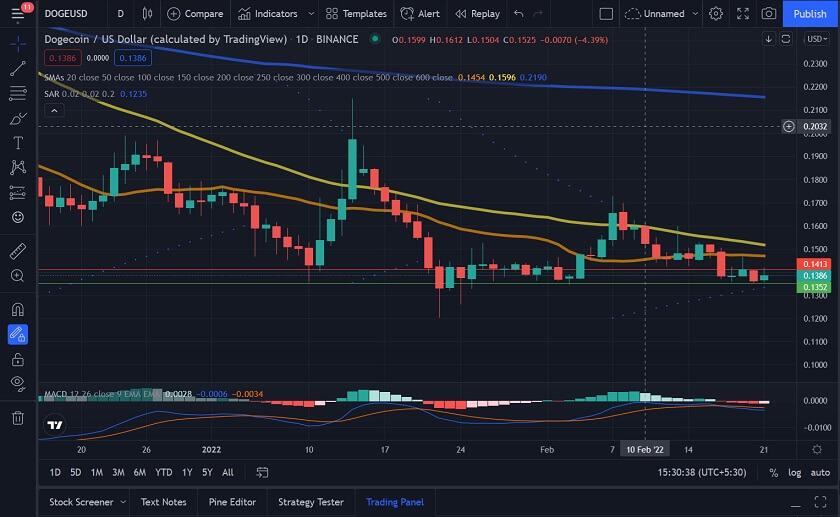 The Dogecoin price continued to drop on Thursday, as it fell below the 20-day SMA and dropped to $0.138. Despite the bearish sentiment, DOGE registered a marginal recovery on Friday before rising by over 2% and settling at $0.141 on Saturday. The price fell back on Sunday, dropping by 3.54% and settling at $0.136, before recovering during the current session.

We can see that the MACD is currently bearish, indicating that the price could drop further. However, if DOGE is able to push higher, we could see it flip to bullish.

Looking at IntoTheBlock’s IOMAP for the Dogecoin price, we can see that DOGE faces strong support at around $0.141. At this price level, over 82,000 addresses have sold more than 11 billion DOGE.

More On Dogecoin: The 5 Best Ways to Buy Dogecoin 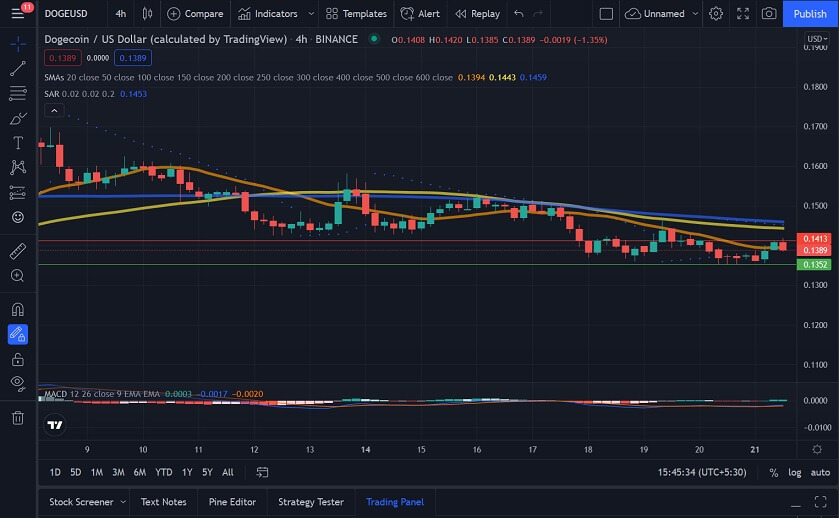 Elon Musk, the CEO of Tesla, stated over the weekend that in the future, Tesla charging stations would be able to take Dogecoin as payment. The CEO added on Twitter:

Musk responded to a tweet from Tesla's Ryan Zohoury, who tagged Musk in a post about Tesla charging stations that opened recently in Santa Monica. Tesla also aims to create "a futuristic diner/drive-in cinema" in the Hollywood neighborhood, per Elon Musk.

Dogecoin creator Billy Markus presented an idea on Twitter about "pestering" the social media giant's workforce with the #DogeTwitterTipJar hashtag, according to reports. After allowing people to pay their favorite content creators in Ethereum, the goal is to encourage Twitter to add tipping in Dogecoin.

Is It Better To Invest Or Trade Dogecoin

Is Dogecoin A Good Investment Opportunity?