DOGE is up by 20% within an hour of the tweet

Dogecoin DOGE investors have a reason to smile today. Elon Musk has announced that Tesla (TSLA) will accept Dogecoin for payments. The news has seem Dogecoin buck the bearish trend in the broader market, and is up by 20%, and gaining. 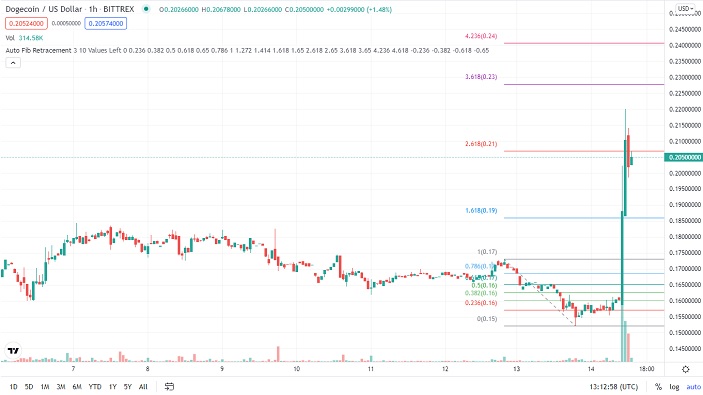 In a tweet, Elon Musk stated that some of Tesla’s merchandise will now be buyable in Dogecoin. He added that they would “see how it goes,” indicating that Tesla was testing Dogecoin to see how practical it is for payments.

This is not the first time that Elon Musk has shown support for Dogecoin and cryptocurrencies in general. Early in the year, Elon Musk confirmed that he owns Dogecoin, Bitcoin, and Ethereum.

Besides accepting Dogecoin, Elon Musk has made it quite clear that Dogecoin is much better than Bitcoin in everyday transactions.

Elon Musk also refuted claims that his utterances move the market. He stated that markets are random and have little to do with what he says.