The Ethereum price fell back marginally during the ongoing session, as buyers and sellers look to take control. ETH had started the week on a relatively negative note, as the price dropped by over 8% on Monday, falling to $3783. ETH recovered on Tuesday despite the bearish start, rising by over 2% and settling at $3862. ETH pushed up on Wednesday as well, after an increase of over 4% saw ETH push above $4000, before a marginal drop during the ongoing session. 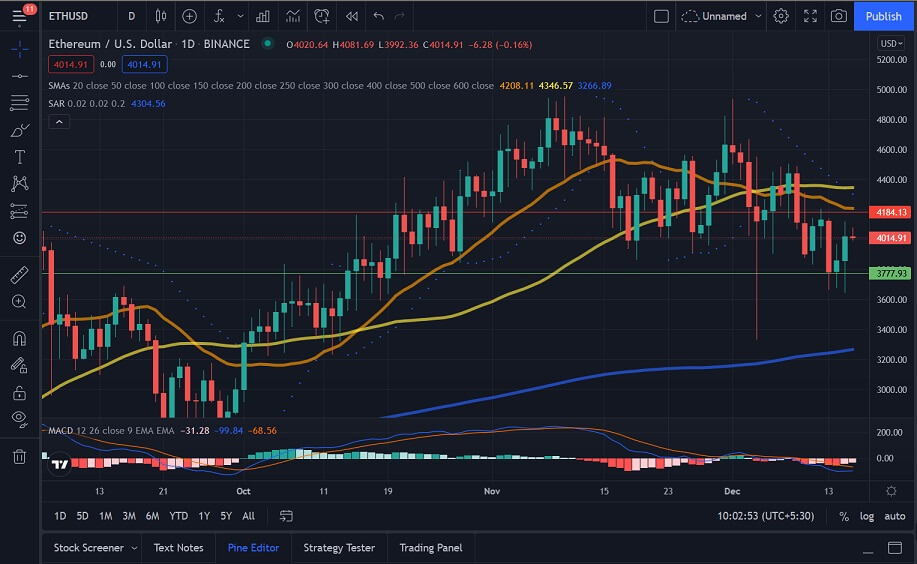 After slipping below $4000 on Friday, the Ethereum price made a strong recovery over the weekend, rising by 4.68% on Saturday and then rising by 1.13% on Sunday to end the weekend at $4134. However, ETH crashed on Monday despite the bullish weekend, falling by 8.49% and settling at $3783. Tuesday saw the price make a strong recovery, as it rose by over 2% before another increase of 4.11% on Wednesday saw ETH rise above $4021. The current session sees sellers looking to push the price down below $4000, with the Parabolic SAR currently bearish.

IntoTheBlock’s IOMAP for the Ethereum price, we can see that ETH faces strong resistance at around $4182. At this price level, over 1.5 million addresses have sold more than 13 million ETH.

We can see that the Parabolic SAR and MACD are bullish, indicating that we could see the price rise, but if ETH continues to drop, we could see them flip back to bearish. 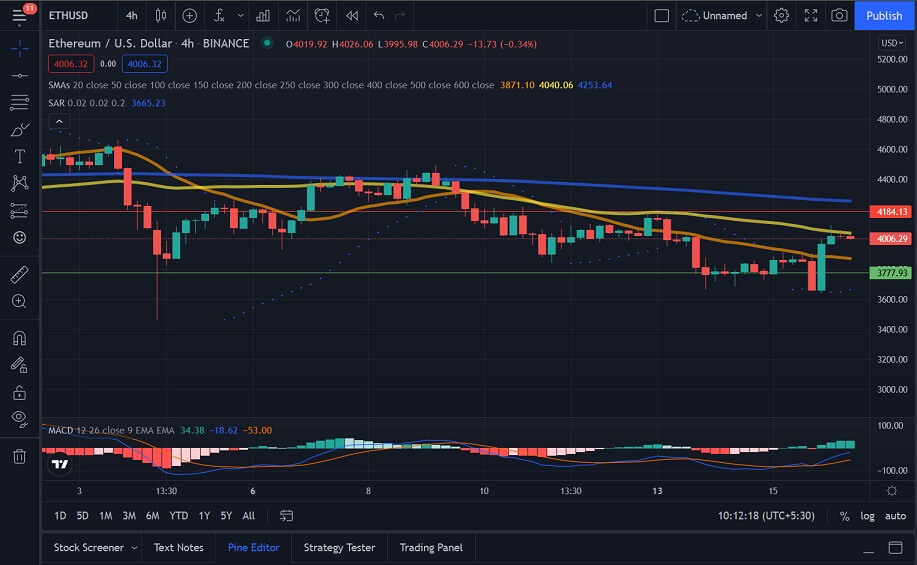 Massachusetts Senator Elizabeth Warren did not hold back in her criticism of decentralized finance (DeFi), expressing concern about how a run on stablecoins would affect the average investor. In a recent hearing with the Senate Banking Committee, Warren questioned Hilary Allen, a professor at the American University Washington College of Law, whether a run on stablecoins could potentially endanger the United States financial system.

Though Allen said an “en masse” redemption of stablecoins from people who had lost faith in the tokens would be unlikely to have “systemic consequences” for traditional markets at present, the DeFi system would be more likely to feel the effects.

Warren countered that because stablecoins provided “the lifeblood of the DeFi ecosystem” outside of regulated markets, she believed their value would “take a nosedive precisely when people most need stability,” with the impact affecting traditional finance. Warren said:

“DeFi is the most dangerous part of the crypto world. This is where the regulation is effectively absent, and — no surprise — it’s where the scammers and the cheats and the swindlers mix among part-time investors and first-time crypto traders. In DeFi, someone can’t even tell if they’re dealing with a terrorist.”

Allen added that the potential threat Warren posited might be in DeFi’s future, without addressing her claim about illicit transactions:

“I don’t think DeFi can grow without stablecoins. I think it would struggle. Right now, I think DeFi is contained to the point where it won’t impact financial stability, but if it grows, I think there’s a real threat there, particularly if it becomes intertwined with our traditional financial system.”

Looking at the Ethereum price chart, we can see that the current session sees buyers looking to push the price below $4000. If sellers manage to retain control of the session, we could see the price drop below $4000, but if buyers take control, we could see it move towards $4100.