Forex and Recession: Is It Possible To Still Be Profitable?

The word ‘recession’ is not one we want to hear very often, in fact, ideally, we’d like to never hear it all!

It never conjures up positive thoughts, especially when it comes to finance and trading.

But is a recession such a bad thing when trading forex? Could it completely wipe out a trader or could it make a trader their fortune?

No matter the result, a recession is not something that can always be avoided. They are bound to happen and there isn’t much we can do about that.

In this article, we’ll look at what exactly defines a recession, how a recession can affect the forex market and how you can use a recession to your advantage when trading.

Want to learn how to trade forex like a pro? Take our forex trading course!

What defines a recession?

A recession, according to the Cambridge Dictionary, can be defined as:

‘[A] period when the economy of a country is not successful and conditions for business are bad’.

It is usually characterised by a ‘temporary’ economic decline, which can result in reduced trade and industry output. For many, it is distinguished by a fall in GDP (Gross Domestic Product).

Recessions typically last for around six months, however, they can last much longer, even years, or they can be a lot shorter.

Many define a recession as a contraction in GDP that lasts at least two quarters (six months).

A recession shouldn’t be confused with a ‘depression’.

Arguably, the economic crisis that emerged in 2008 can be defined as a depression.

That said, the most famous depression was the Great Depression that started in 1929 and continued throughout most of the 1930s.

How typical are recessions?

Supposedly, there have been 33 recessions since the 1850s, which is more than the number of decades since that time, which is 17.

That means that there have almost been two recessions for every decade in the last 170 years.

So, with that in mind, they can be quite frequent.

Depending on how observant you are and how harsh the recession is, you may or may not even notice when we’re experiencing a recession.

What are the signs a recession might take place? 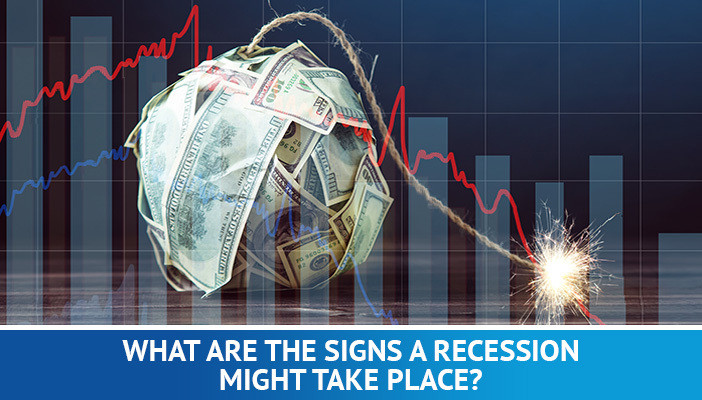 There are many different signs to look out for when a recession is about to start. Two key indicators many traders watch are; inflation and unemployment.

Usually, you can see these indicators on a forex economic calendar.

If you see a currency’s central bank fail to meet its targets for two quarters in a row, it is very possible a recession might be brewing.

On a less technical level, if you live in a country that is about to go into recession, or you are living through it, you will probably notice that you will have less purchasing power than you had before.

It is important to mention that not all recessions are global. Many will only affect a certain country or region.

Further to that, recessions do not necessarily happen overnight, they usually are months or years in the making.

How do recessions affect the forex market?

A recession can make some traders more cautious, especially large institutions and even big banks.

But not every big player sees a recession in the same way.

Some see it as the perfect opportunity to buy at very low rates and wait until the economy picks up again and sell. This is called going long or performing a swing trade.

However, remember that a recession can last a long time, and so this position may be open for years if necessary, which requires a lot of patience.

A swing trade isn’t for everyone, especially day traders who are used to making profits daily. Many traders need to see their money work for them now, not in the future.

They may need to live off it or they might simply not like the uncertainty of waiting an unspecified amount of time before seeing a profit.

But just because a recession ends, doesn’t mean that its effects are automatically halted, it can still linger on for a while.

For example, in the UK, after the economic crisis that took place in 2008, the impact of austerity has continued to today.

That said, the last recession (or depression, if you will) was particularly catastrophic.

Is it worth getting involved in forex trading during a recession? 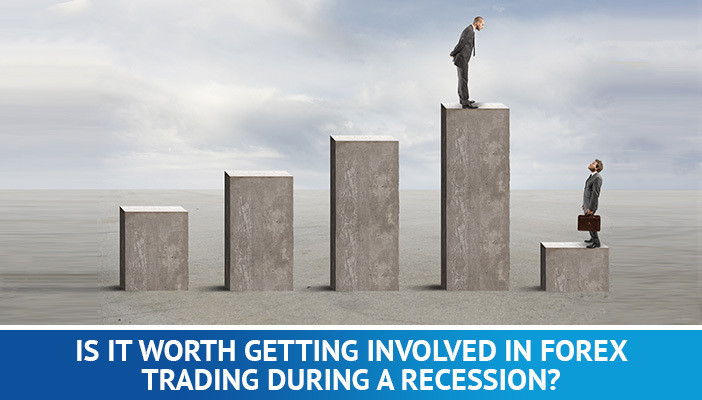 Trading forex is not about the market being up or down, it is about trading in a direction.

It shouldn’t matter if there is a recession or a major bull run, theoretically, good traders should be able to make a profit in either.

Let us briefly introduce you to a new concept; trend trading.

Trend traders are the most adaptable traders of all. They make their trades based on the direction the market is moving, otherwise known as a ‘trend’.

And yes, it is totally possible to make a profit in both a downwards and ranging market! You just need to know how!

What makes a good forex trader is ‘consistency’. The ability to make the same or similar profits with every trade.

It is not about making a million on one trade and then losing it all on another - that has another name, gambling.

When you know the likely direction a market will move in, it gives you the ability to make consistent trades.

That said, during a recession, you may still face problems with lack of movement. So, for day traders, as we mentioned above, it can be difficult.

However, traders can look for moments where a central bank tries to stimulate a currency.

This can be a great opportunity to get involved in the market as generally the price of that currency will increase.

What precautions should I take when trading forex in a recession?

A good idea would be to research how a currency pair behaved in the last recession.

Popular currency pairs will be easier to research than less popular ones, so it would be wise to stay away from exotic pairs.

Traders should look into what actions central banks took in similar situations and how they impacted the charts.

You can then conclude if you think the bank will likely repeat the same action in the future.

Be careful with news sources that want to cause hysteria. It is best to trust your own research. When you can work this out for yourself you will be a lot better off.

For some traders, it might be wise to avoid trading during the initial drop if it is very volatile and they are new to forex trading.

The change in trading conditions can be pretty intimidating and something beginners will not be used to it. For such traders, it would be best to trade when the market reaches its new low.

Recessions are not the apocalypse! 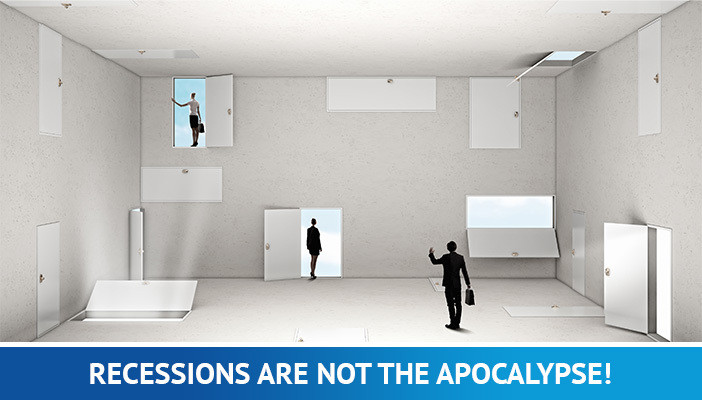 Traders should also be thinking about the future; a recession will not last forever! Remember, they typically only last six months.

When a recession is finally over, you may need to change your trading strategy. You need to remember that the market works in cycles.

If this is new to you, let us quickly explain. Typically, the market goes through four cycles:

Once you understand this, recessions are not such a scary concept, they are something normal that has to occur.

Think of the different stages of the market like the seasons of the year; summer, autumn, winter and spring. We might not like all of them, but they are integral to how the world works.

Learn to trade in a recession with our forex trading course

Want to learn more about forex and how to trade? Then sign up to our forex trading course!