The Litecoin price surged past $220 during the ongoing session as buyers took control of the session. Currently, LTC is up by over 8%. LTC has been quite bearish over the week and had dropped by over 5% on Monday, falling to $209.28. Tuesday saw the price recover, as it rose to $216.36, but it fell back on Wednesday, registering a drop of almost 2% and settling at $212.26 before pushing up significantly during the current session.

The Litecoin price started the previous week on an extremely bearish note, as the price dropped by almost 6% on Monday, dropping to $262.93. The bearish sentiment persisted on Tuesday, as the price dropped by over 12%, with LTC falling to $230.46. On Wednesday, LTC remained in the red, registering a marginal drop before slipping below the 20-day SMA on Thursday and settling at $204.22. However, after dropping to this level, LTC made a strong recovery on Friday, rising by almost 7% and settling at $218.17. 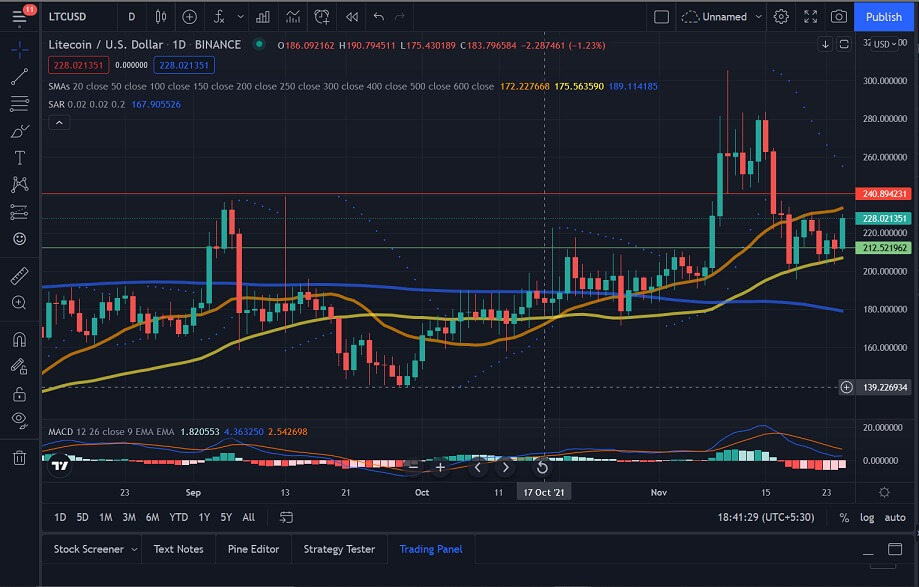 Looking at IntoTheBlock’s  IOMAP for the Litecoin price, we can see that LTC has strong support at around $212.01. At this price level, over 156,000 addresses have bought more than 9.6 million LTC.

The 4-hour Litecoin price chart shows us that LTC had dropped to $202.07 on the 19th after slipping below the 200-bar SMA. The price made a strong recovery from this level, as it rose to $223.92, pushing above the 20 and 200-bar SMAs. With the 20-bar SMA now acting as support, LTC was able to stay at this level for the next few sessions before slipping below the 20 and 200-bar SMAs and settling at $206.72. LTC could only push up to $216.36 from this level, thanks to the 200-bar SMA acting as resistance, before dropping to $207.61. After dropping to this level, LTC pushed up strongly, pushing above all three SMAs and rising to its current level of $229.

We can see that the Parabolic SAR and MACD are both bullish, indicating that the price could push higher during the current session. 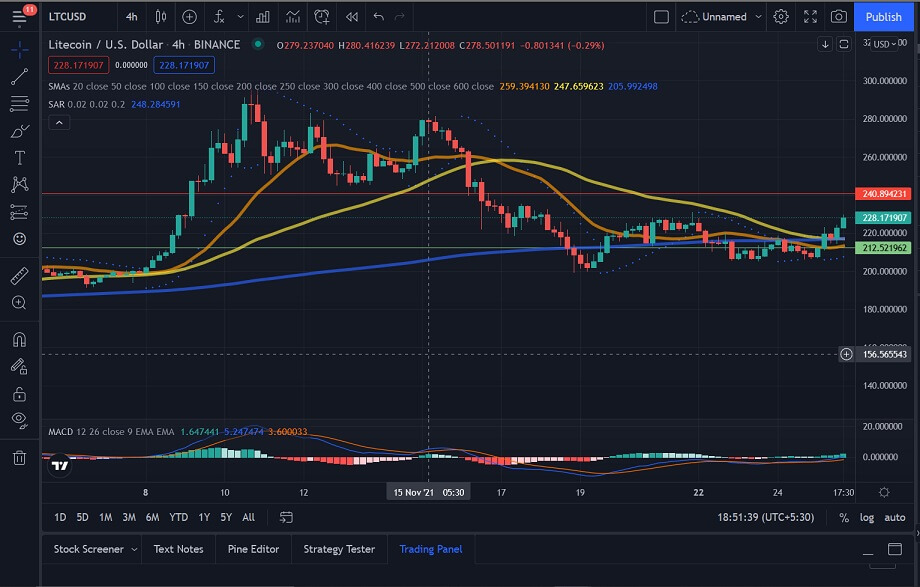