Litecoin Price Analysis: LTC Slips Below $110 But Manages To Stay Above $105

The Litecoin price is currently up by just over 1.50%, as buyers look to push LTC back above $110 during the ongoing session. LTC had started the week on a slightly bearish note, dropping by 2.43% to $109.64. LTC continued to fall on Tuesday and Wednesday, dropping by 1.63% and 0.80%, respectively, before registering a marginal recovery during the ongoing session and settling at $108. 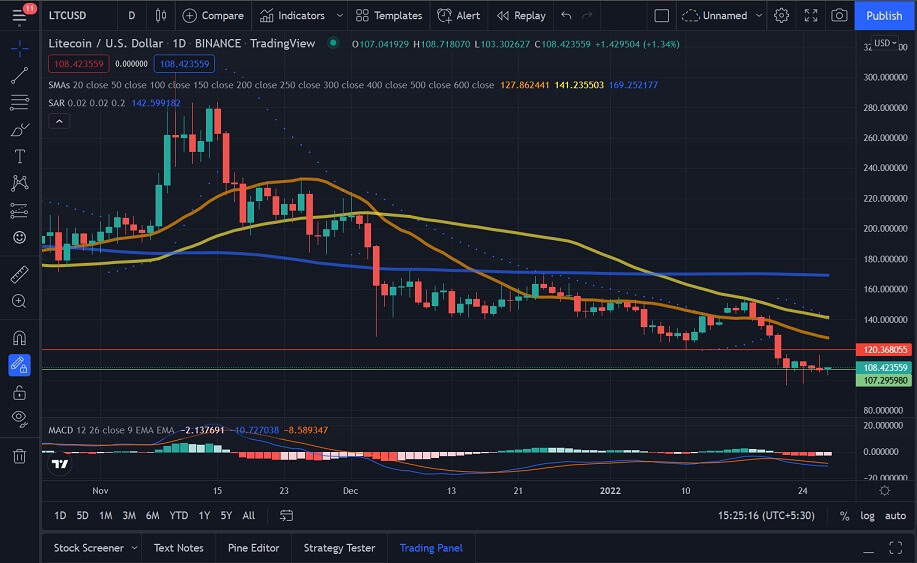 Despite the bearish sentiment, the Litecoin price registered a recovery on Sunday, rising by 3.63% and settling at $112.37. However, LTC fell back on Monday, dropping by 2.43% and settling at $109.64. LTC continued to drop on Tuesday, dropping to $107.85, and then fell to $106.99 on Wednesday, before registering a recovery during the ongoing session and moving to $108.

We can see that the MACD is currently bearish, but if LTC can move to $110, we could see lt flip to bullish.

Looking at IntoTheBlock’s IOMAP for the Litecoin price, we can see that LTC has strong support at around $107.15. At this price level, over 96,000 addresses have bought more than 5 million LTC. 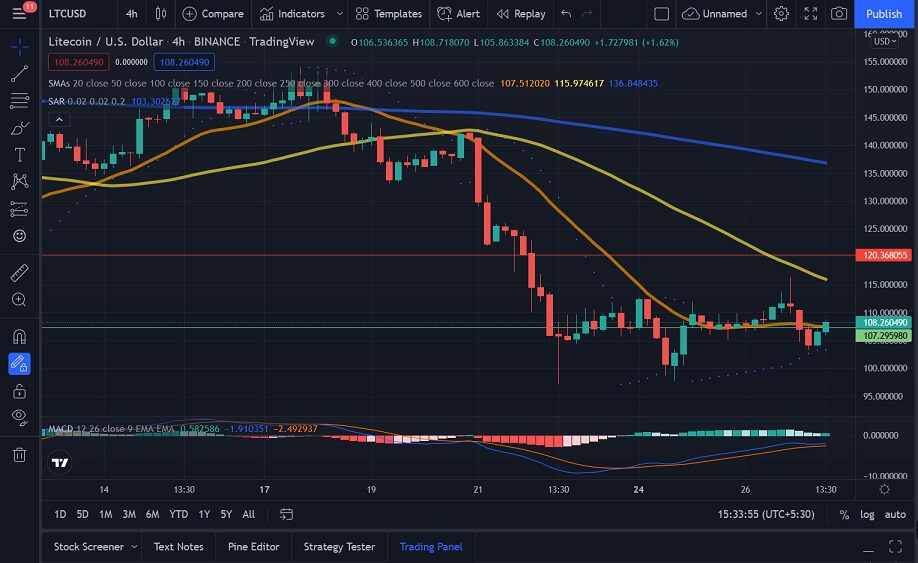 The Litecoin price chart shows that LTC has registered a marginal increase during the ongoing session. If buyers can retain the current sentiment, we could see LTC push towards $110. However, if sellers manage to retake the session, LTC could slip below $108.