The Litecoin price continued to increase during the ongoing session, as buyers looked to push LTC towards $150. LTC had moved past the 20-day SMA on Friday and then registered a marginal increase on Saturday, moving to $121.92. Sunday saw LTC continue to push higher, rising by nearly 5% and ending the weekend at $127.69. Monday saw LTC surge by nearly 8%, moving to $137.34, before pushing past $140 during the ongoing session.

The Litecoin price started the previous weekend by registering a marginal increase on Saturday before dropping back on Sunday and falling to $108.70. Monday saw LTC register a marginal increase, as LTC reported an increase of 0.84%, before pushing up by over 5% on Tuesday and moving to $115.12. However, LTC fell back on Wednesday, dropping by nearly 6% and dropping to $108.40, before recovering on Thursday, rising by over 2% and moving to $110.99. 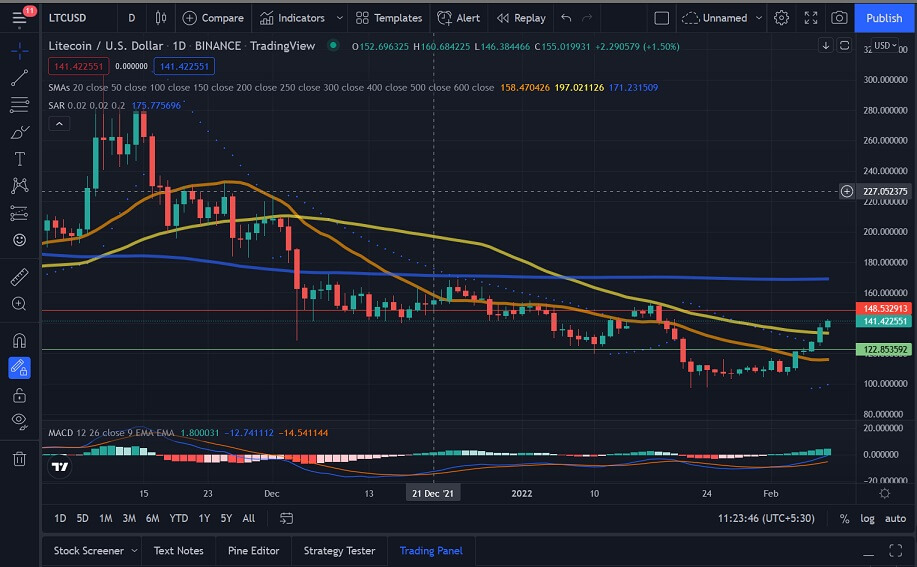 The Litecoin price continued to push higher on Friday, as it rose by over 9%, moving past the 20-day SMA and settling at $121.45. The weekend saw LTC continue to remain in the green, registering a marginal increase on Saturday and then rising by nearly 5% on Sunday, ending the weekend at $127.69. Monday saw ADA surge past the 50-day SMA, rising to $137.34, before pushing up to $141 during the current session. 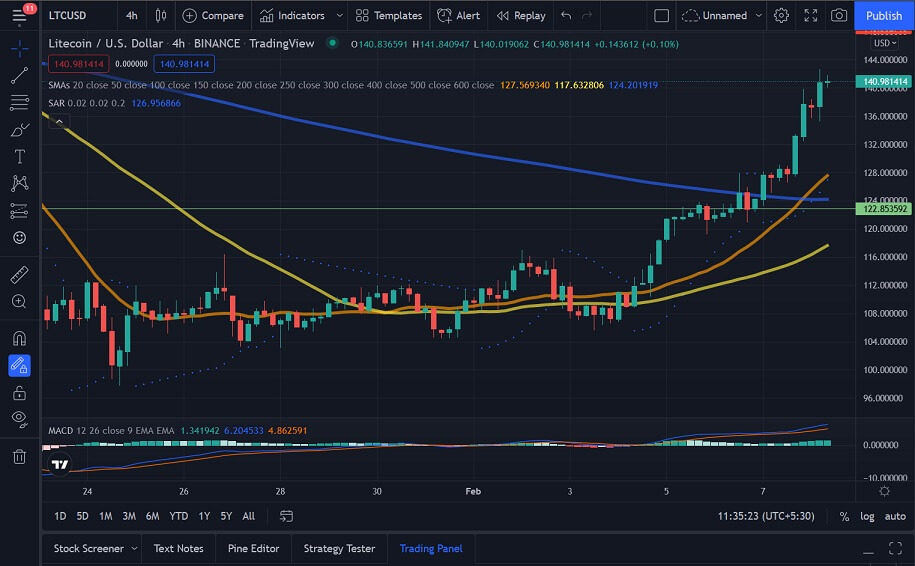 Looking at the Litecoin price chart, we see that LTC has been extremely bullish in recent sessions and had pushed above $140 during the current session. If the current sentiment persists, we could see LTC push towards $150.