The Litecoin price has continued to push up as it moved above the 20-day SMA during the ongoing session. LTC has been quite bullish since the weekend, pushing up by over 2% on Sunday. The price increased on Monday, as LTC moved up by over 3% and then registered a marginal increase on Tuesday to move to $207.93. The current session sees LTC at $217, with buyers looking to push the price above the 20-day SMA. 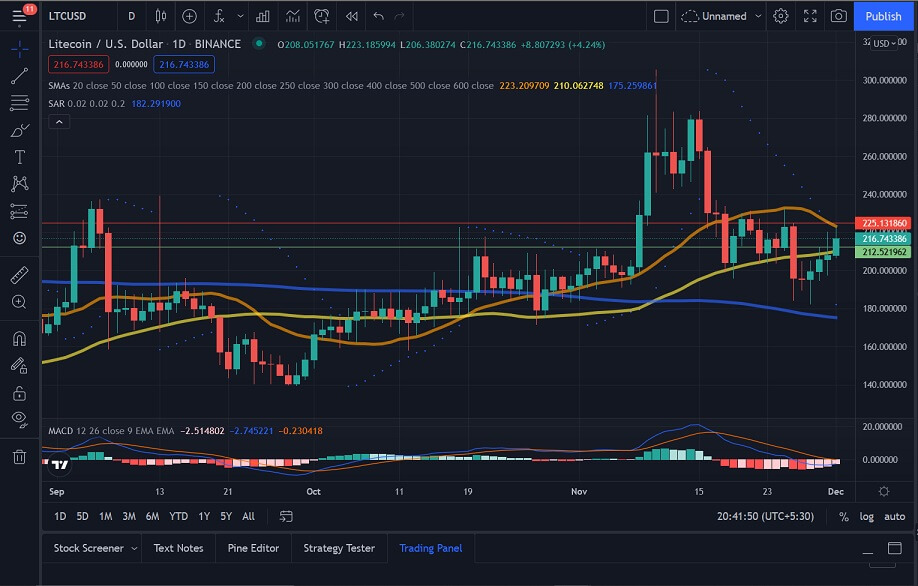 After dropping by over 12% on Friday, the Litecoin price remained bearish on Saturday, as it registered a marginal drop, before pushing up by 2.21% on Sunday and ending the weekend at $199.65. LTC remained bullish on Monday, as it started the week rising by over 3% and settling at $205.67. On Tuesday, the price continued to push up, moving to $207.93, before moving past the 50-day SMA during the ongoing session.

Looking at IntoTheBlock’s IOMAP for the Litecoin price, we can see that LTC has strong support at around $212.87. At this price level, over 156,000 addresses have bought more than 7.4 million LTC.

The 4-hour Litecoin price chart shows us that LTC had dropped to $207.61 on the 24th. The price pushed up significantly from this level, as it moved beyond all three SMAs and rose to $226.83. However, after reaching this level, the price turned bearish and fell back below the three SMAs, and settled at $191.51 on the 26th. LTC pushed up marginally from this level before falling to $189.88 on the 29th. The price then pushed above the 20-bar SMA before rising above the 50-bar SMA on the 30th, rising to $208.51. LTC then pushed further and rose to its current level of $215. 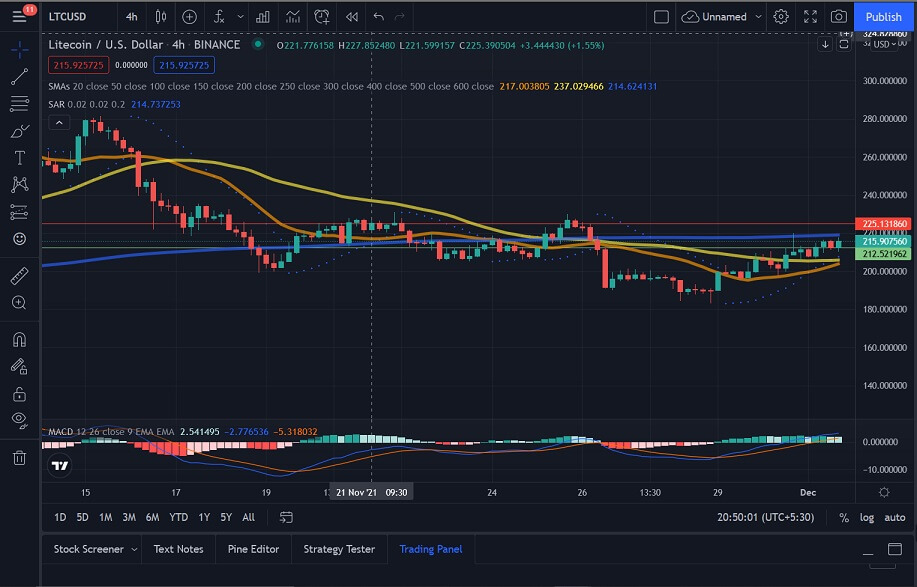 Looking at the Litecoin price chart, we see that LTC has been bullish all week and has risen significantly during the current session. If buyers retain control of the session, then we could see LTC push above $220.