The Ripple price is currently down to $0.98 during the ongoing session, as sellers retook control. XRP had dropped sharply on Friday, as the price had dropped by 9.85% to $0.94. The weekend saw XRP recover, registering an increase of 0.56% on Saturday and then pushing up by 2.53% on Sunday to end the weekend at $0.96. The week started with the bullish sentiment persisting, as XRP pushed above the 200-day SMA and settled at $0.99 before dropping during the current session.

The Ripple price started the previous weekend slightly, rising by 0.69% on Saturday, before dropping and settling at $1.05 on Sunday. The bearish sentiment continued on Monday, with XRP dropping by over 2% and settling at $1.03. However, the price recovered on Tuesday, pushing to 41.06, but fell back on Wednesday as sellers pushed the price down by over 3% to $1.03. Despite the bearish sentiment, XRP was able to post an increase of 1.04% on Thursday. 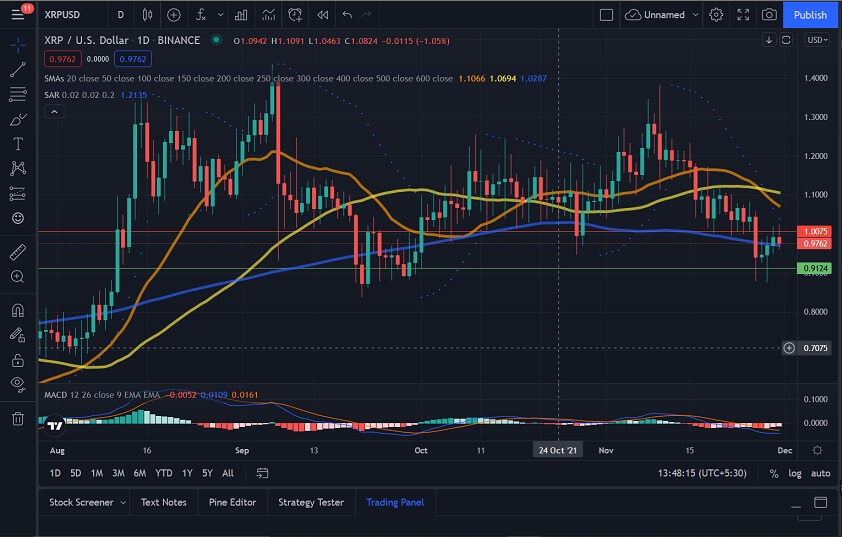 After pushing up to $1.04 on Thursday, the Ripple price registered a significant drop on Friday, falling by almost 10%, slipping below the 200-day SMA and settling at $0.94. Despite the significant drop on Friday, XRP increased by 0.56% on Saturday and 2.53% on Sunday to end the weekend at $0.96. The week started positively, as XRP pushed back above the 200-day SMA on Monday and settled at $0.99. However, the price fell back on Tuesday and is currently down to $0.97. 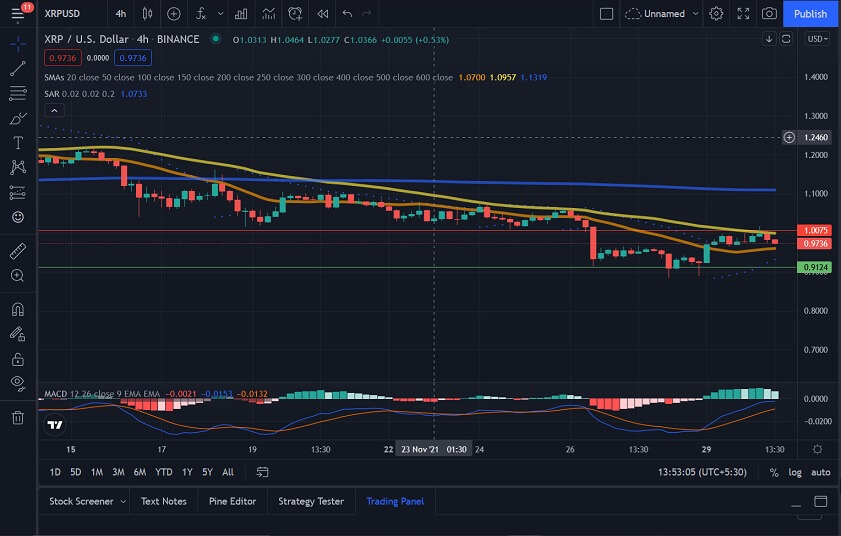 The Ripple price chart shows us that XRP had recovered strongly during the previous session but had dropped back on Tuesday and is currently down at $0.97. If the current sentiment persists, we could see XRP slip below the 200-day SMA. However, if the price recovers, we could see it push towards $1.