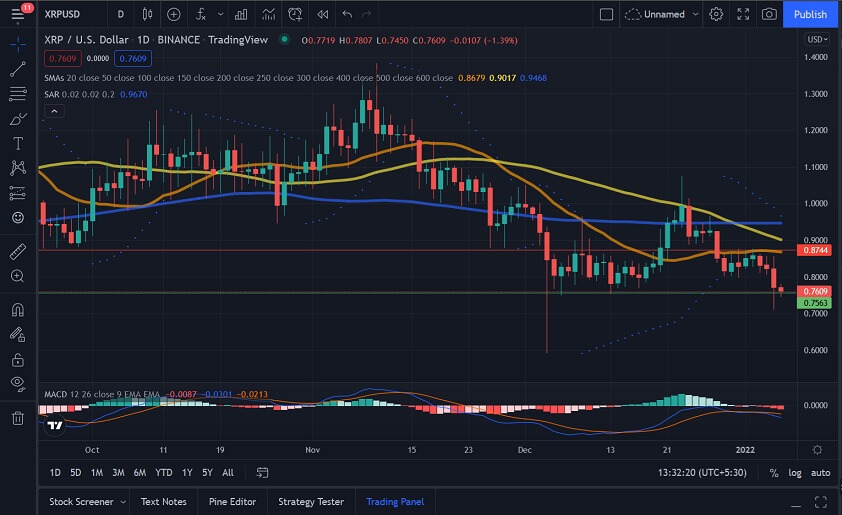 After falling to $0.82 on Friday, the Ripple price recovered over the weekend, rising by 2.67% on Saturday and then rising by 1.01% on Sunday to end the weekend at $0.85. However, with the 20-day SMA coming into play as resistance, XRP fell back on Monday, falling over 3% and dropping to $0.83. Tuesday saw XRP remain in the red, dropping by 1.17%, before falling by over 6% on Monday brought the price down to $0.77. The current session sees XRP at $0.76, and with the Parabolic SAR currently bearish, we could see XRP drop further. 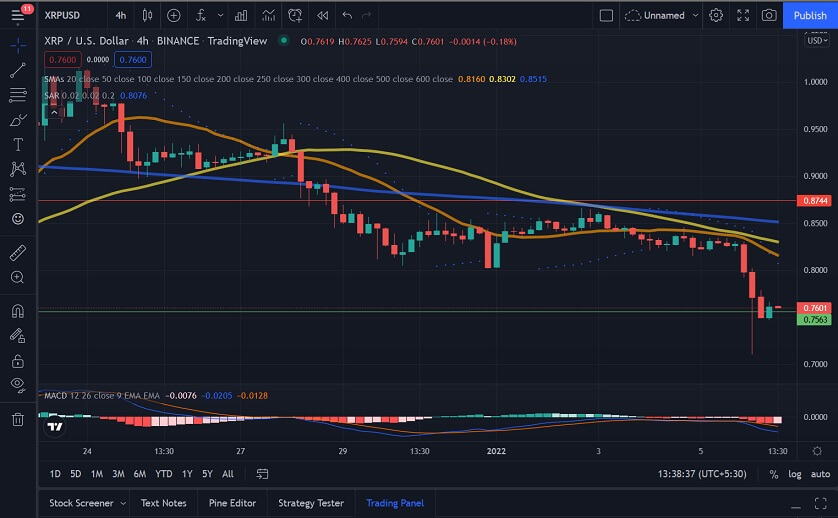 Looking at the Ripple price chart, we can see that XRP has dropped to $0.75. If the current sentiment persists, we could see XRP slip below $0.75. However, if XRP is able to find support at this level, we could see the price post a marginal recovery.