The Ripple price fell back during the ongoing session, with XRP down by nearly 2%, with sellers looking to push the price further down. XRP had dropped by 1.18% on Friday after a fairly volatile session, dropping to $0.82. However, the weekend saw a recovery, with the price rising by nearly 3% on Saturday, moving to $0.85. Sunday saw another increase, with the price rising by 0.99%, ending the weekend on a positive note before falling back during the current session.

The Ripple price started the previous weekend on a positive note, rising by 1.60% on Saturday, but fell back in the red on Sunday, registering a marginal drop and ending the weekend at $0.92. The price was back in the green on Monday, starting the week on a positive note. However, XRP fell back significantly on Tuesday, dropping by over 8%, slipping below the 20-day SMA and settling at $0.85. Wednesday saw XRP continue to drop, falling by nearly 4% and settling at $0.81. 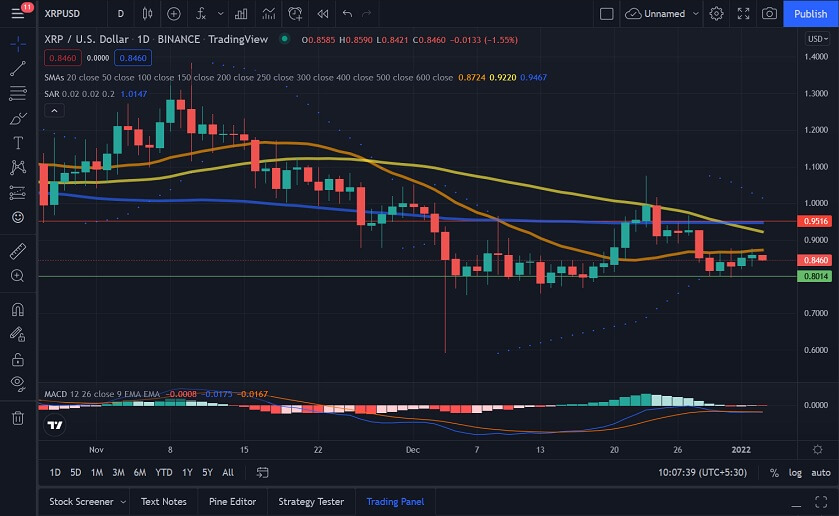 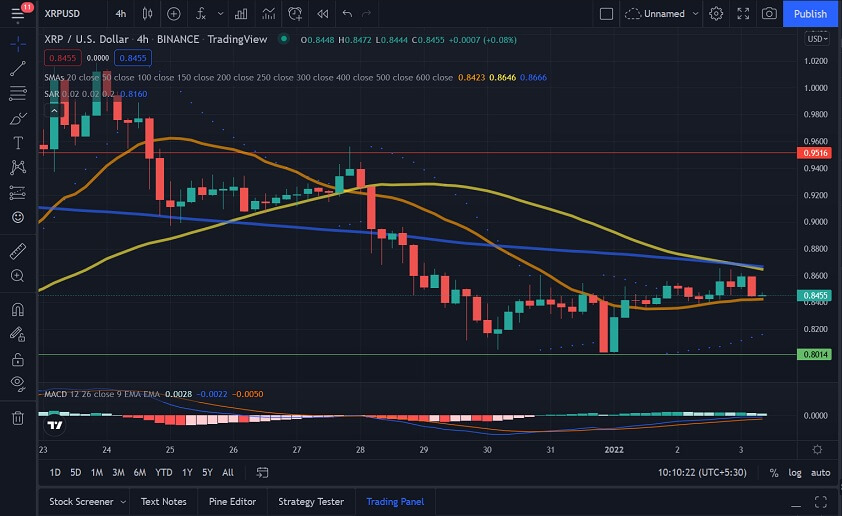 We can see that the Parabolic SAR and MACD are both bearish, indicating that the price could recover. However, if the price drops, we could see them flip to bearish.