Ripple Price Prediction: Sellers Look To Push XRP Back Below $0.80

The Ripple price is currently at $0.81, with sellers looking to take the price back to $0.80. XRP had ended the weekend in the green, with the price at $0.84. However, Monday saw the price drop drastically, falling by almost 7% and settling at $0.78. However, the price pushed back up on Tuesday, as it rose to $0.81 after rising by 3.68%. The current session sees buyers and sellers struggling for control, with the price currently up to $0.81. 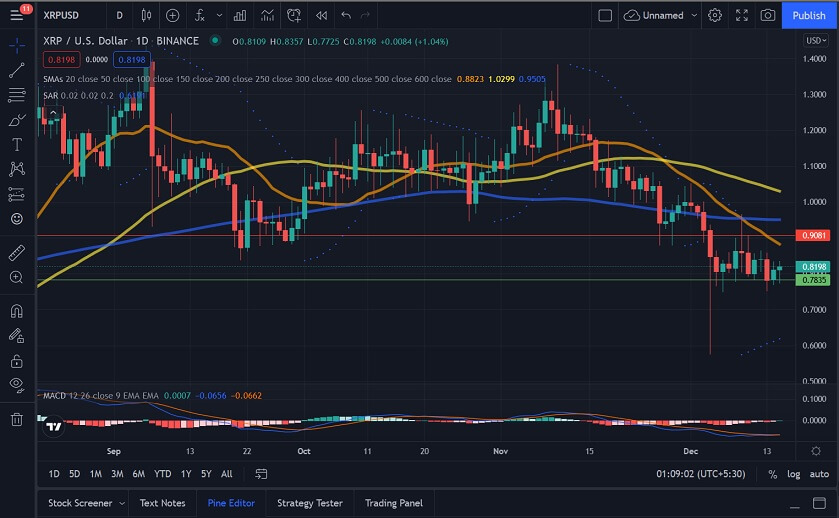 After dropping to $0.79 on Friday, the Ripple price made a strong recovery over the weekend, rising by almost 5% on Saturday and then pushing up marginally on Sunday to settle at $0.84. Despite the bullish weekend, the price fell back on Monday, dropping by almost 7% and settling at $0.78. XRP recovered on Tuesday, rising by 3.68% and moving to $0.81.

The current session sees the price at $0.82, and with the Parabolic SAR bearish, we could see the price push higher. 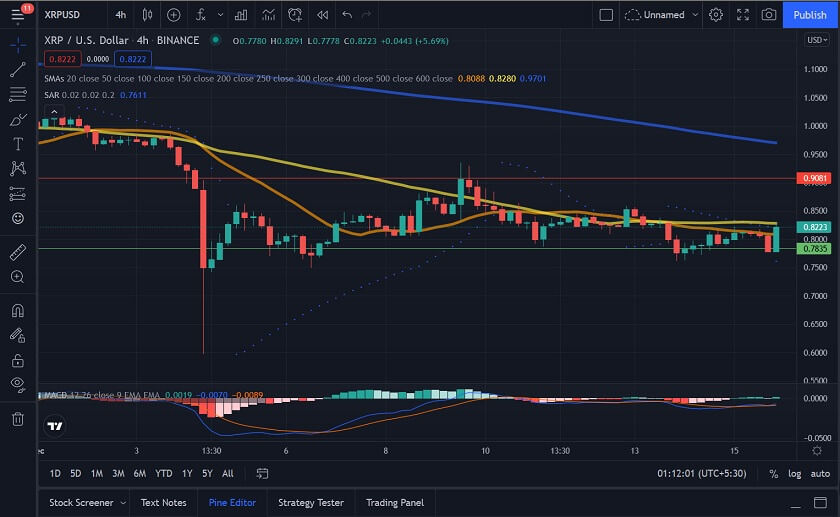 Looking at the Ripple price chart, we can see that XRP has pushed up significantly over the past couple of days. If the current sentiment persists, we could see XRP push up to $0.85.