The Ripple price continued to drop during the current session, as sellers drove the XRP below $0.75. XRP had a mixed weekend, starting with an increase of 0.66% on Friday and then rising by 0.80% on Saturday to settle at $0.77. The price fell back on Sunday, registering a marginal fall, and then fell over 2% on Monday, dropping to $0.76. The current session sees XRP down by almost 3%, as sellers look to push the price further down. 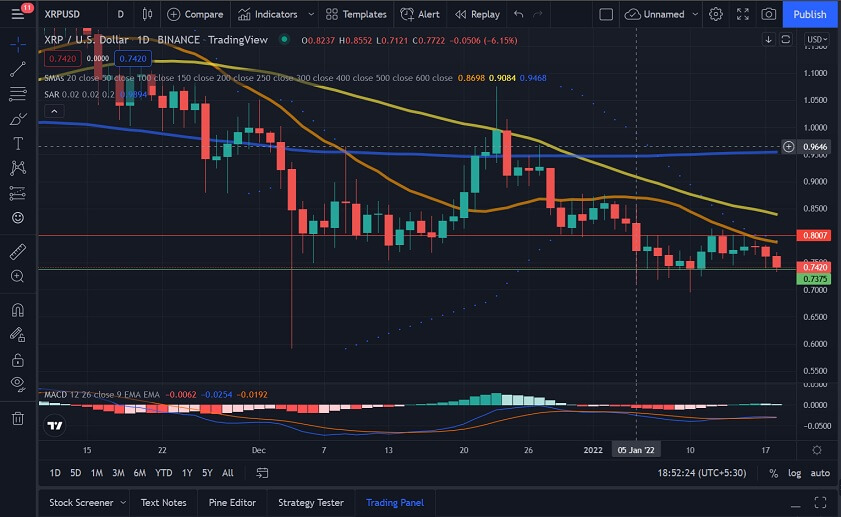 After a considerable drop on Thursday, the Ripple price recovered on Friday, rising by 0.66% and settling at $0.77. The weekend was a mixed bag for XRP as it rose by 0.80% on Saturday and then registered a marginal drop on Sunday to end the weekend at $0.77. The current week started with the bearish sentiment persisting, with XRP dropping over 2% on Monday and settling at $0.76. The price continued to drop during the current session, as sellers drove the price towards $0.70. 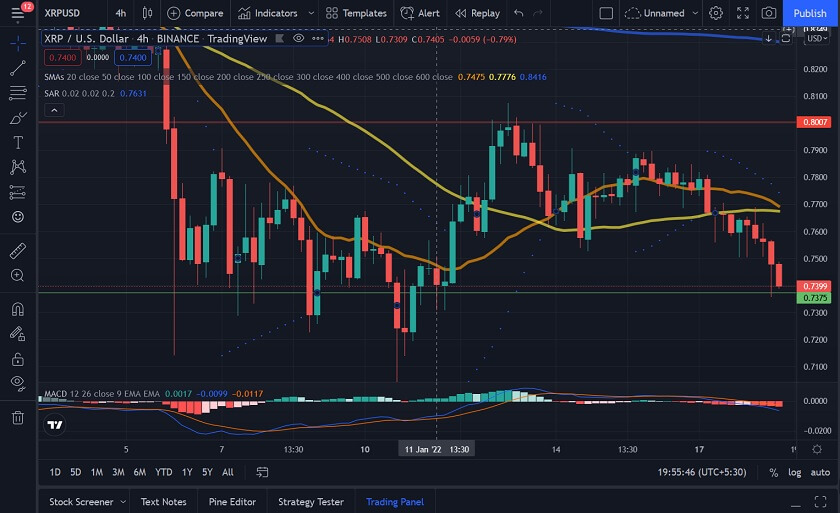 The Parabolic SAR and MACD are both currently bearish, indicating that the price could drop further.

Looking at the Ripple price chart, we see that XRP has registered a considerable drop during the ongoing session. If the current bearish sentiment persists, we could see XRP towards $0.70.