Ripple Price Prediction: XRP Drops To $0.97 After Failing To Settle Above $1

The Ripple price fell back during the ongoing session, as sellers pushed the price down to $0.97 and look to push it further down. XRP had started the week on a positive note, as the price pushed up by 2.53% on Sunday, ending the weekend on a positive note. Monday saw the price continue to push up, rising above the 200-day SMA and settling at $0.99. After posting a marginal rise on Tuesday, XRP fell back on Wednesday, dropping by 0.78%.

The Ripple price started the previous week on a bearish note, as it fell by over 2% on Monday. XRP recovered on Tuesday, as the price rose up to $1.06 but fell back in the red on Wednesday, dropping by over 3% and settling at $1.03. After a marginal recovery on Thursday that saw XRP rise by 1,04%, the price fell back on Friday, registering a drop of almost 10%, slipping below the 200-day SMA and settling at $0.94. 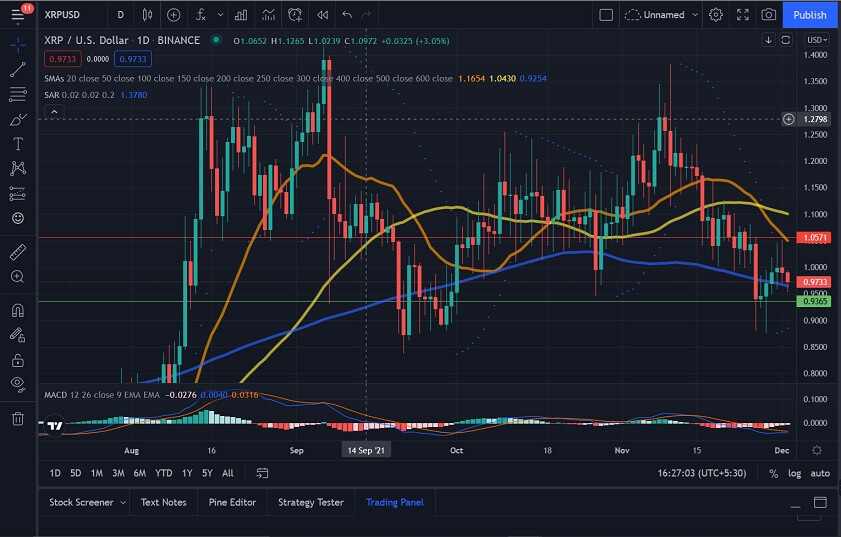 We can see that the Parabolic SAR has flipped to bullish; however, if the price continues to drop, we could see it flip back to bearish. 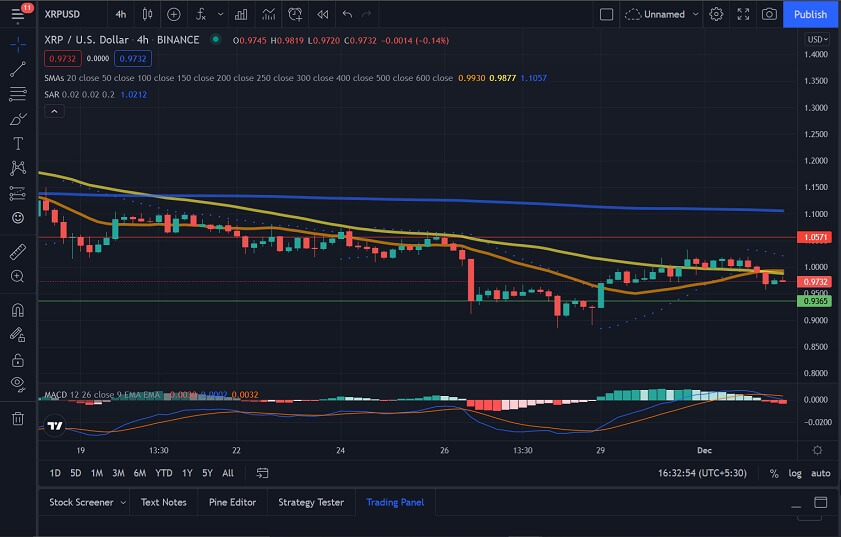 Looking at the 4-hour Ripple price chart, we can see that XRP had dropped to $0.93 on the 26th after registering a sharp fall. The price stayed at this level for the next few sessions before dropping further to $0.90. XRP pushed up marginally from this level before rising above the 20-bar SMA on the 29th and settling at $0.96. XRP continued to push higher, moving up to $0.99, where the 50-bar SMA was acting as resistance. XRP moved past this level on the 30th, when it pushed to $1.01. With the 50-bar SMA now acting as support, XRP could stay at this level for the subsequent few sessions before dropping below the 20 and 50-bar SMAs and moving to its current level of $0.97.

Looking at the Ripple price chart, we can see that XRP has fallen during the ongoing session. If the current sentiment persists, we could see XRP drop to $0.95.