The Ripple price continued to push higher during the ongoing session, with the price currently up by over 2%. XRP has been quite bullish during the current week, rising by over 5% on Monday, pushing above the 20-day SMA, and settling at $0.87. On Tuesday, the price continued to push higher, rising by nearly 8% and settling at $0.94. XRP went above the 200-day SMA on Wednesday, as it moved to $0.95 on Wednesday before pushing up to $0.97 during the current session. 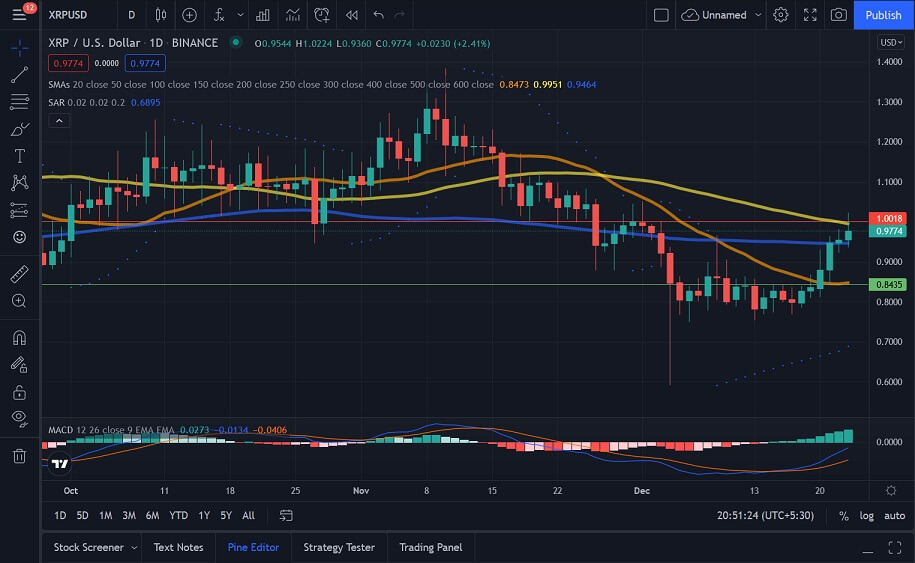 The Ripple price continued to push up on Sunday, rising by 0.99%, ending the weekend on a positive note. Monday saw the bullish sentiment continue, as XRP pushed above the 20-day SMA and settled at$0.87, registering an increase of over 5%. XRP saw an even more significant rise on Tuesday, as XRP rose by nearly 8%, settling at $0.94, before pushing above the 200-day SMA on Wednesday and settling at $0.95. The current session sees XRP at $0.97, and with the Parabolic SAR currently bullish, we could see the price push further during the ongoing session. 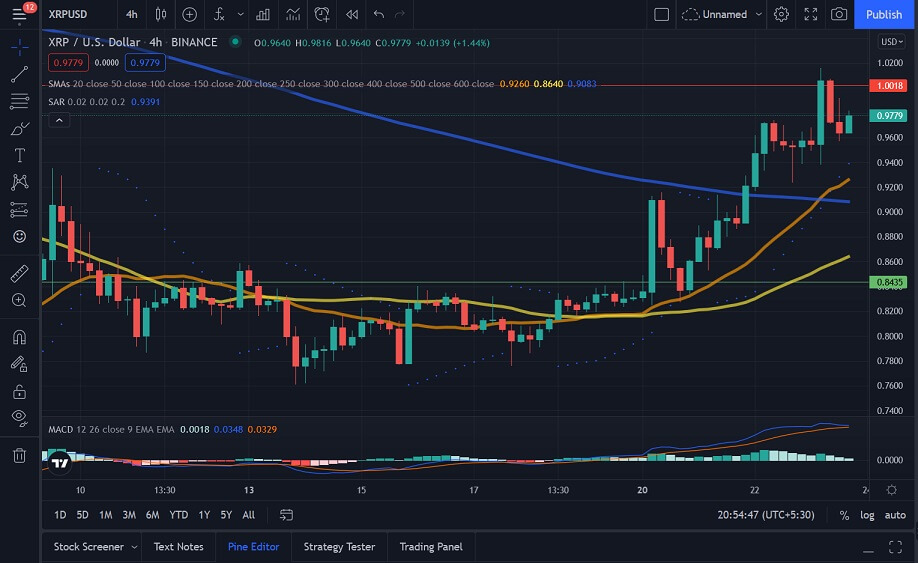 We can see that the Parabolic SAR and MACD are both bullish, indicating that the price could continue to push higher.

Looking at the Ripple price chart, we see that XRP has been extremely bullish during the current week. If the current sentiment persists, we could see XRP push to $1.