The Ripple price failed to move past $0.85, as XRP fell back after hitting $0.85 on Tuesday, with the price currently at $0.83. XRP had ended the weekend on a bearish note, dropping by over 3% to $0.80 and then registering a marginal drop on Monday. XRP made a strong recovery on Tuesday, as the price surged by over 6%, rising to $0.85, before dropping back during the ongoing session. 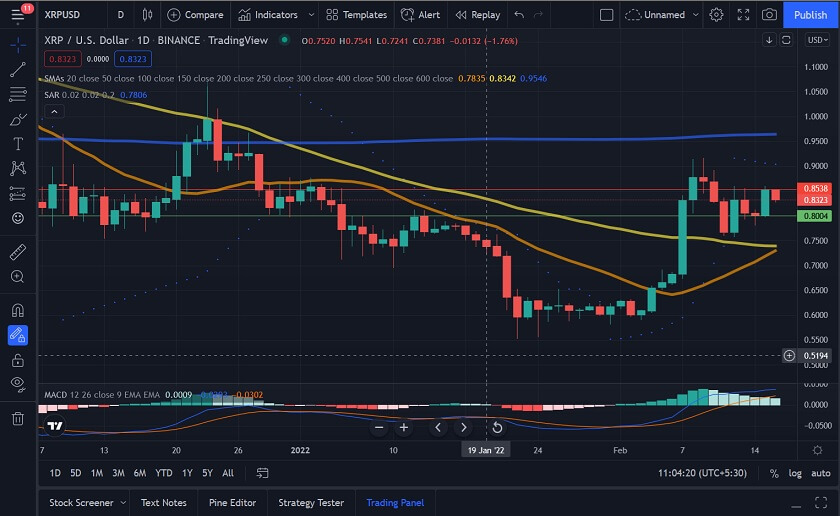 The Ripple price remained bearish on Friday as well, falling by 7.49% and settling at $0.76. The weekend saw XRP make a strong recovery, as it surged by almost 9%, rising to $0.83, before dropping back on Sunday, falling by 3.19% and ending the weekend at $0.80. XRP registered a marginal drop on Monday before rising by over 6% on Tuesday and moving to $0.85. The current session sees XRP at $0.83 as sellers look to drive the price lower. 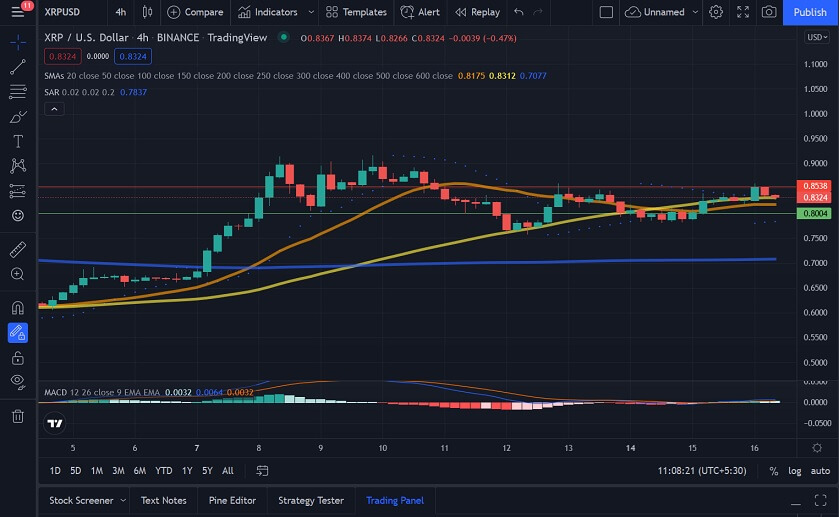 We can see that the Parabolic SAR and MACD are bullish, but if XRP continues to drop, we could see them flip to bearish.

Looking at the Ripple price chart, we see that XRP has registered a drop during the current session. If XRP continues to fall, we could expect it to drop to $0.80 before recovering.