The Ripple price fell back in the red during the ongoing session, as buyers pushed the price back below $0.75. XRP had entered the weekend on a fairly bearish note, dropping by over 2% on Friday and settling at $0.76. The price continued to drop over the weekend, falling by 2.33% on Saturday, but recovered on Sunday, rising by 0.98% and settling at $0.75. The current session sees XRP back in the red, with the price at $0.74.

The Ripple price was quite bullish at the start of the previous weekend, rising by nearly 3% on Saturday and then rising by 1.01% on Sunday to end the weekend at $0.85. The price fell back in the red on Monday, as XRP dropped by over 3% and settled at $0.83. The price continued to drop on Tuesday, falling to $0.82 after a drop of 1.17%. Wednesday saw XRP drop by over 6%, falling to $0.77, before making a marginal recovery on Thursday and rising by 1.05%. 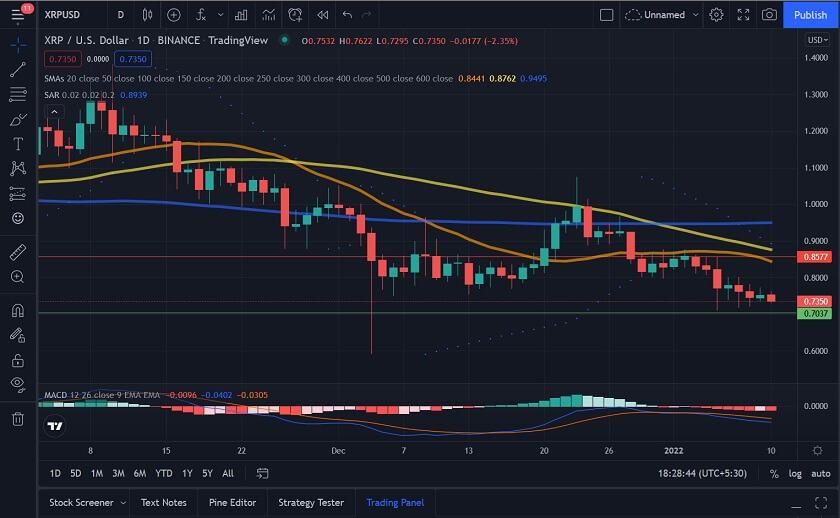 After registering a marginal recovery on Thursday, the Ripple price fell back on Friday, dropping by 2.12% and settling at $0.76. The weekend saw the bearish sentiment persist, as XRP dropped to $0.74 on Saturday. Despite the bearish sentiment, XRP recovered on Sunday, rising by 0.98%, before falling back in the red during the current session. 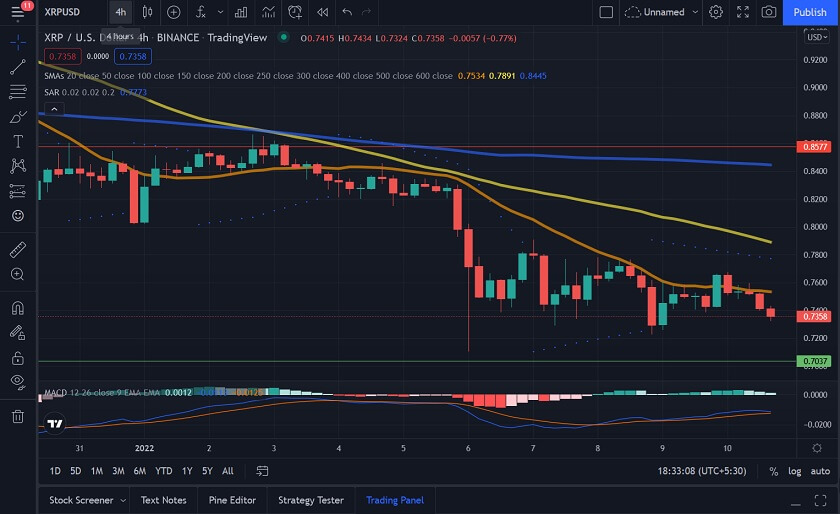 Looking at the Ripple price chart, we see that XRP has started the week on a bearish note, dropping considerably during the ongoing session. If the current trend persists, we could see XRP drop towards $0.70.