The Ripple price continued to drop during the ongoing session, as bearish sentiment dominated the markets. XRP had registered a significant drop on Friday, falling by over 7% and dropping to $0.76. However, the price recovered over the weekend, pushing up by nearly 9% on Saturday before dropping back on Sunday, falling by 3.19%, and ending Sunday at $0.80. The current session sees XRP at $0.79 as sellers continue to push the price down.

The Ripple price was extremely bullish over the previous weekend, rising by over 7% and pushing above the 20-day SMA on Friday. The weekend remained bullish as the price pushed up by 1.56% on Saturday and then by 2.60% on Sunday to end the weekend at $0.68. Monday saw XRP register a huge surge, rising by nearly 22%, pushing past the 50-day SMA and rising to $0.83, then rising by over 5% on Tuesday and moving to $0.87. However, after reaching this level, XRP fell back, dropping by 0.87% and falling to $0.86 on Wednesday. 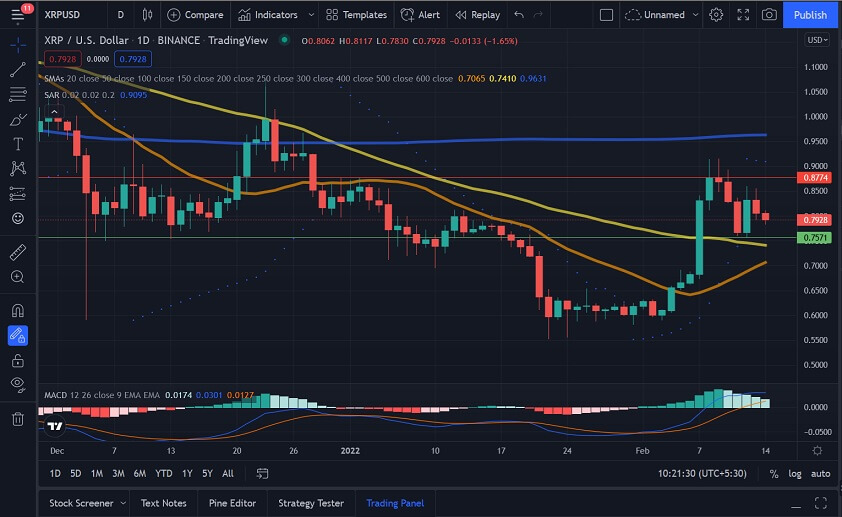 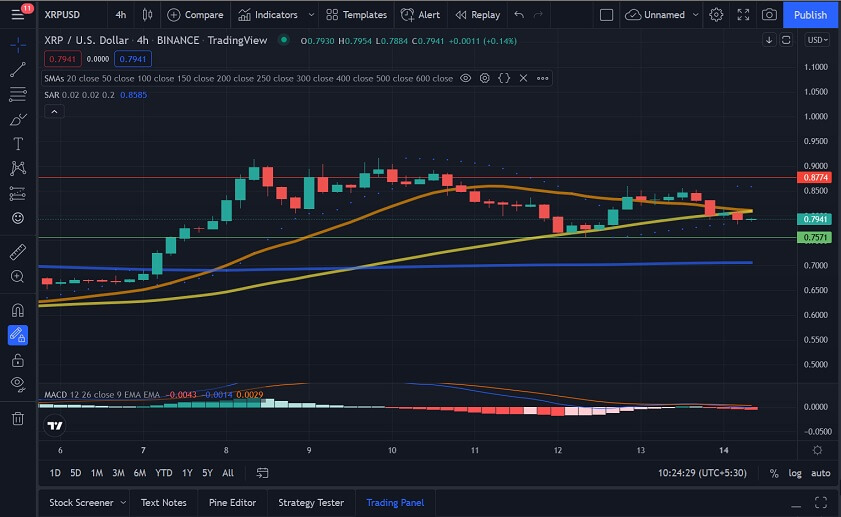 The 4-hour Ripple price chart shows us that XRP had pushed up to $0.89 on the 8th. The price fell back from this level, falling to $0.81 and then registering an increase and moving to $0.87. XRP stayed at this level for the next few sessions, slipping to $0.86 on the 10th. XRP then slipped below the 20-bar SMA, falling to $0.76 on the 12th, where the 50-bar SMA acted as support. The price recovered from this level, rising to $0.84 after pushing back above the 20-bar SMA. However, XRP fell back after reaching this level and dropped below the 20 and 50-bar SMAs to its current level of $0.79.

Ripple’s APAC Policy Director: ‘ODL Can Be Used As a Neutral Bridge Between CBDCs’

When asked how Ripple plans to “adapt to the growing demand for crypto-based cross-border settlements,” he replied:

“A big problem that RippleNet solves is in today’s banking system. There are considerable liquidity issues, and a lot of capital is tied up in pre-funding. Ripple solves that problem by using a solution called On-Demand Liquidity (ODL).

Our customers can leverage the digital asset XRP as a neutral bridge asset between two currencies, which eliminates the need for pre-funding in destination accounts and substantially reduces their capital overheads and operational costs.“

As for his thoughts on the development of CBDCs in the APAC countries, Advani mentioned:

“I think it’s fairly clear that the APAC is leading by example across both retail and wholesale CBDCs. Looking ahead, however, central banks will have to tackle the challenge of interoperability when it comes to cross-border payments. If each country is creating its own digital currency, then we’re just recreating the same siloed system that we have in place today, which means that countries are not going to be able to use each other’s CBDCs."

He noted that interoperability to facilitate cross-border transactions is key here. And this is where neutral bridge assets like XRP, an open-source, public, and decentralized digital asset, can continue to play a role.

Looking at the Ripple price chart, we see that XRP has dropped during the current session after being relatively bearish in the previous week. If the current sentiment persists, we could see XRP drop towards $0.75.