The Ripple price had ended the weekend in the red when XRP registered a marginal drop on Sunday. The bearish sentiment persisted on Monday, as XRP dropped over 2% and settled at $0.76. XRP continued to drop on Tuesday, dropping by 1.46% and then dropping by 1.76% on Wednesday to settle at $0.73. The current session sees XRP at $0.74, having registered a marginal increase, as buyers look to push the price past $0.75. 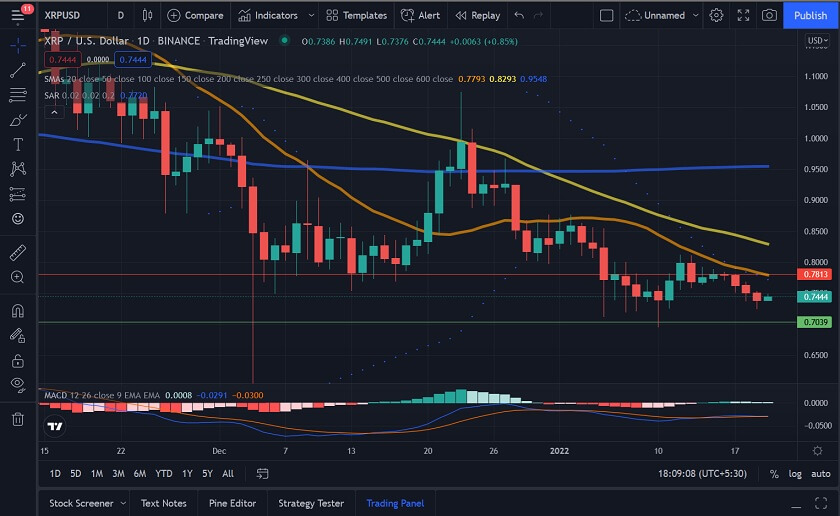 We can see that the Parabolic SAR is currently bearish, but if the price continues to increase, we can expect it to flip to bullish. 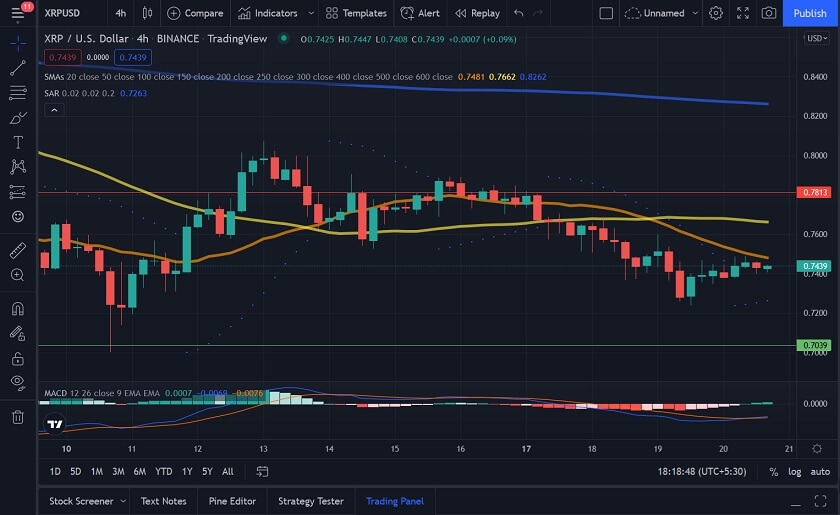 The 4-hour Ripple price chart shows us that XRP had pushed above the 20-bar SMA on the 15th. With the 20-bar SMA now acting as support, the price was able to stay at this level until the 17th, when the price dropped below the 20-bar SMA and settled at $0.76. XRP continued to remain bearish as it then slipped below the 50-bar SMA, dropping to $0.75 and then to $0.74. The price was able to register a marginal increase from this level before dropping to $0.72 on the 19th. XRP recovered from this level as the price rose and moved to its current position of $0.74. We can see that the MACD and Parabolic SAR are both bullish, but if the price continues to drop, we could see them flip to bearish.

Attijariwafa Bank, the largest banking institution in Morocco with $53.3 billion worth of assets under management, has joined the RippleNet network, according to a recent report published by Boursenews. The tie-up will allow the bank to conduct instantaneous transactions with its partners.

Last month, CEO Brad Garlinghouse announced that Ripple had had its best year to date, with On-Demand Liquidity, a payment solution that uses XRP as a bridge currency, now accounting for a fourth of all transactions.

Adnane Driouech, head of international cash management at the Rabat-based bank, describes blockchain as a "fast and foolproof" way of transferring money. Attijariwafa Bank, whose shares are trading on the Casablanca Stock Exchange, has more than 4,900 branches in the U.K., China, Madrid, Tunisia, and other countries.

Ripple has been laser-focused on MENA countries for years. The region has become the place to be for the embattled company due to legal troubles on its home turf. In late 2018, the National Bank of Kuwait launched a remittance service powered by Ripple. Last May, the National Bank of Egypt joined the RippleNet network.

In an October interview with Bloomberg, Garlinghouse said that the Middle East was Ripple’s fastest-growing region. This came shortly after Ripple announced a partnership with a Dubai-based foreign exchange company called Al Ansari Exchange.

Looking at the Ripple price chart, we can see that XRP has registered a marginal recovery during the ongoing session. If XRP maintains its current positive sentiment, we could see it move above $0.75.