The Ripple price continued to push as the price moved back above $1 during the ongoing session. XRP had registered a sharp drop on Friday as it slipped below the 200-day SMA. However, it recovered over the weekend, rising to $0.96 by Sunday. The price continued to push higher on Monday, as it moved back above the 200-day SMA and settled at $0.99. After registering a marginal increase on Tuesday, the price moved above $1 during the ongoing session, with buyers looking to push it higher.

The Ripple price began the previous weekend by registering a marginal increase on Saturday before dropping by 3.65% on Sunday and settling at $1.05. XRP continued to drop on Monday, falling by over 2%, but recovered on Tuesday, rising by 2.86% and settling at $1.06. Wednesday saw the price back in the red as it dropped by over 3%, dropping to $1.04, before recovering on Thursday and rising to $1.04. However, the price fell drastically on Friday, as sellers pushed XRP down by almost 10%, as it slipped below the 200-day SMA and $1 and settled at $0.94. 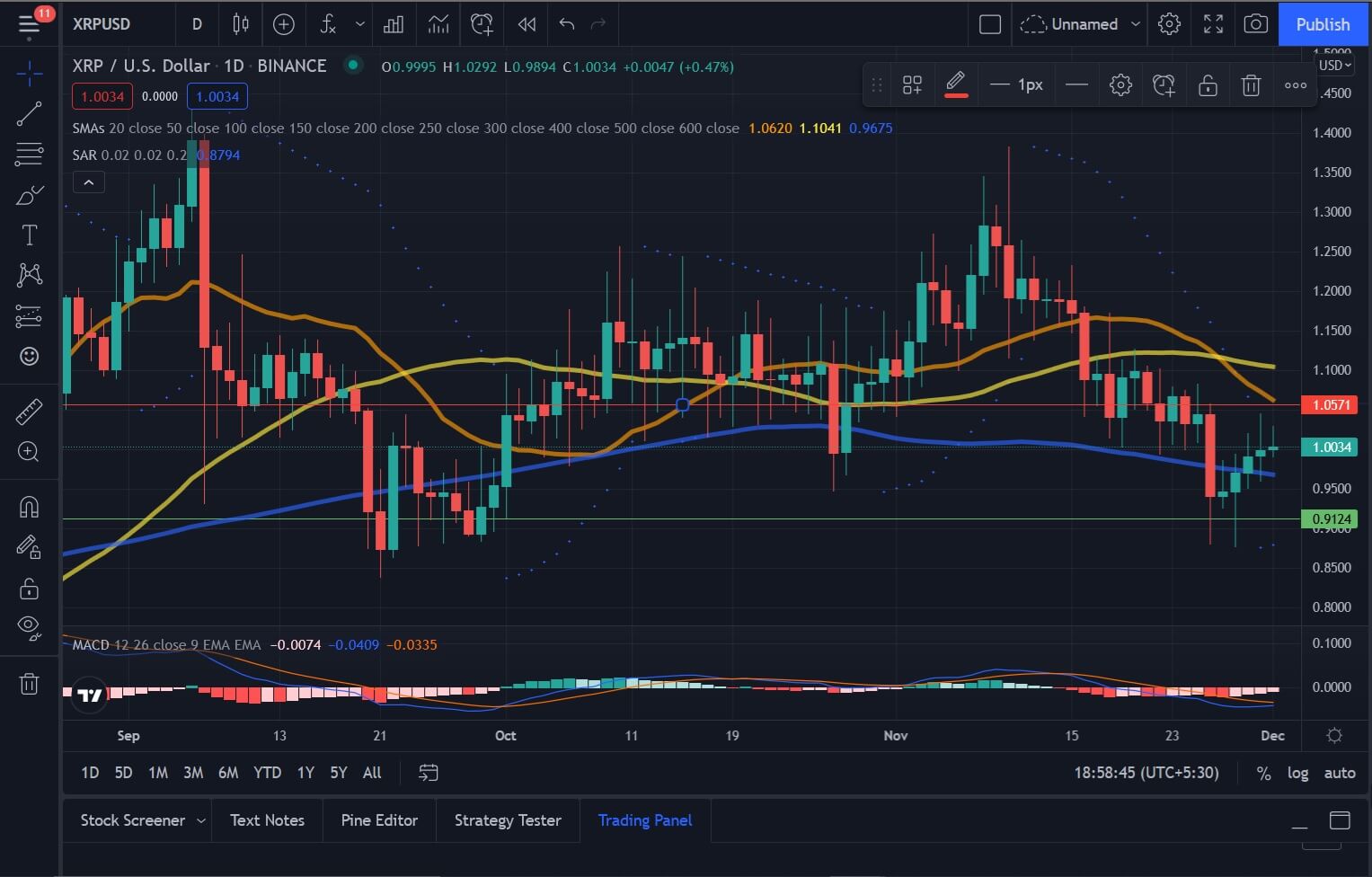 After Friday’s drop, the Ripple price recovered over the weekend, as it rose by 0.56% on Saturday. The price continued to push up on Sunday, rising to $0.96 after registering an increase of 2.53%. XRP continued to push up on Monday as the bullish sentiment persisted, rising by over 2%, pushing above the 200-day SMA and settling at $0.99. XRP registered only a marginal increase on Tuesday, as it remained green before pushing past $1 during the ongoing session. 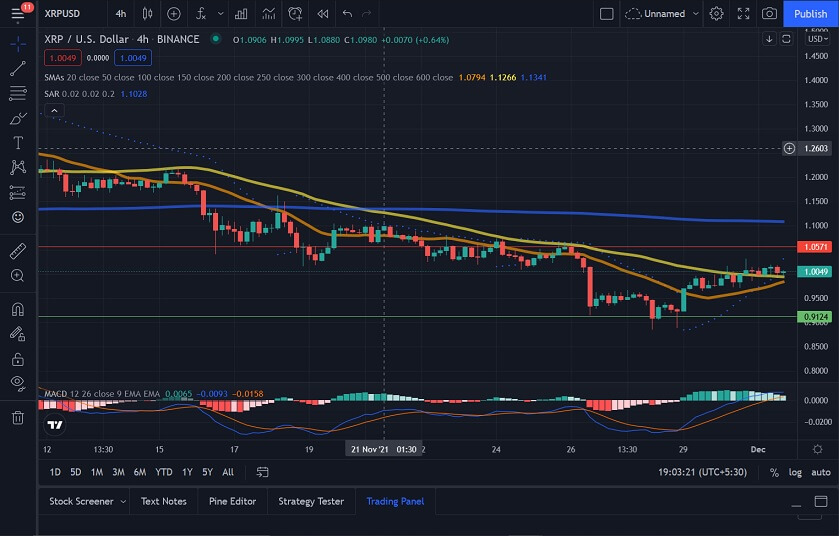 We can see that the MACD is currently bullish, indicating that we could see the price push higher. However, the Parabolic SAR has also flipped to bearish, but it could flip back to bullish if the price continues to rise.

Looking at the Ripple price chart, we see that XRP has been quite bullish since the weekend. If buyers manage to retain control, we could see XRP push towards $1.05.