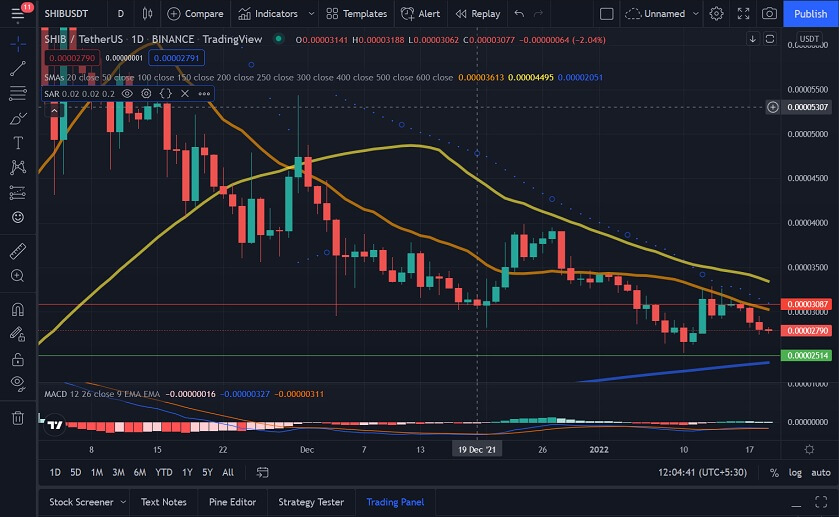 After dropping by almost 6% on Thursday, the Shiba Inu price recovered on Friday, rising by almost 4% and moving to $0.000030. SHIB was able to register only a marginal increase on Saturday, with the 20-day SMA coming into play as resistance. As a result, the price fell back on Sunday, dropping by 1.10%. SHIB continued to drop on Monday, dropping by 5.48% to $0.000028, and then registering another drop of almost 3% on Tuesday. The current session sees SHIB at $0.000027, and with the Parabolic SAR bearish, we could see the price drop further.

Looking at IntoTheBlock’s IOMAP for the Shiba Inu price, we see that SHIB has strong support at around $0.000025. At this price level, over 14,000 addresses have bought more than 48,600 SHIB.

The MACD and Parabolic SAR are both bearish, indicating that the price could drop further. 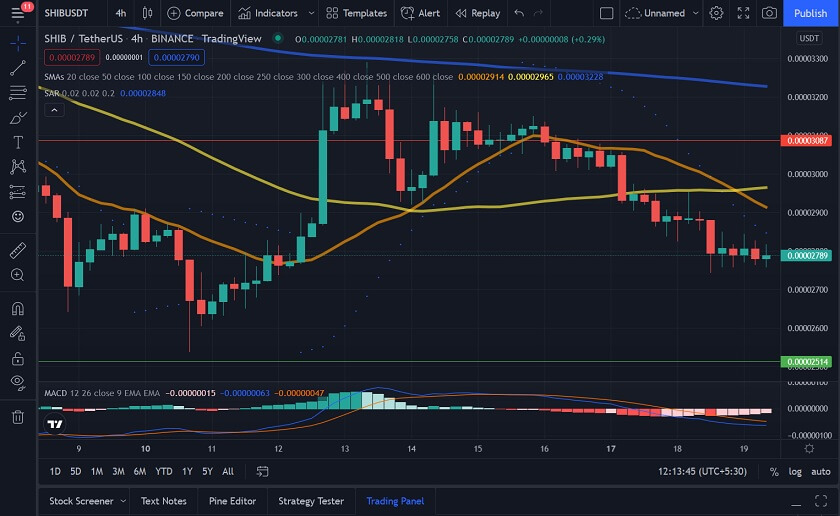 Looking at the Shiba Inu price chart, we see that SHIB has been bearish throughout the current week. If the current bearish sentiment persists, we could see the price drop to $0.000025, where it could find support.